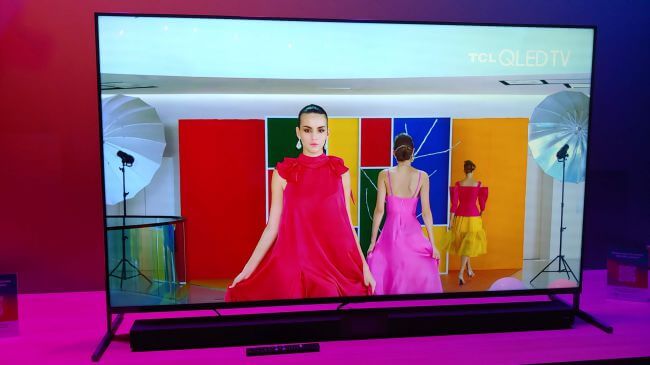 X-Series TV also has a retractable camera and due to its ‘duo-display design’ users have the option of enjoying a mini-screen separately.

The other TV announced is the TCL Mini LED TV. This one is also an 8K TV with AI learning, retractable camera and AR, just like the X-Series.

The issue with the TLC Mini LED TV is that – according to a press release issued by TLC – it would have 900 control zones and a peak brightness of around 1,200 nits, which is over UHD Alliance’s recommendation – 1,000 nits for HDR content. However, we’ll see if this aspect is going to be fixed by the company.

The TV’s available in the second quarter of 2020 will both feature an Onkyo soundbar that supports Dolby Atmos content.