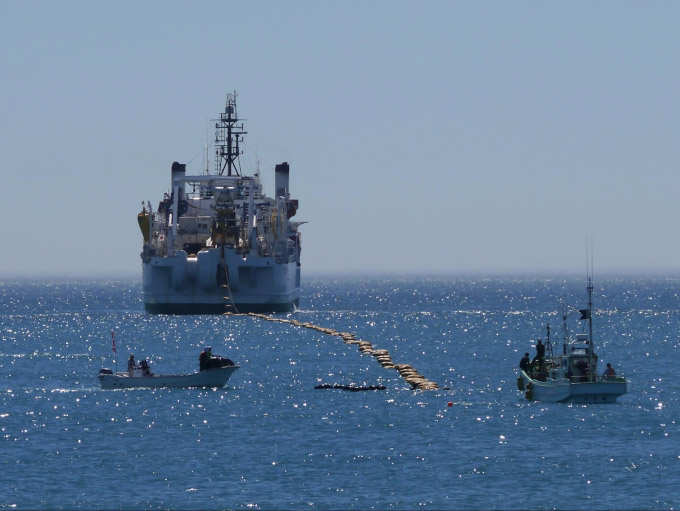 Two years ago, Google took the world by storm when it announced that it would be one of several companies to invest in a super high-speed Internet cable that would link USA to Japan. Tonight, they’re making that plan reality #todaymagic

Called “Faster”, the cable measures 5,600 miles (9.000 kilometres), starting from Oregon and ending in the coastal cities Chiba and Mie. To think of it as “speedy” would be an understatement. The cable will run 60 terabits per second – that’s about 10 million times faster than the standard one.

The project counted on strong allies such as Global Transit, China Telecom Global, Singtel, China Mobile International and KDDI to back it up financially and on June 30, we’ll see how it will change people’s lives. “Faster” will make thousands of people throughout Asia and West Coast USA (San Francisco, Los Angeles and Seattle) check their tasks and be more present in the digital world than ever.

Fortunately, this isn’t the only underwater cable Google is “working” on. The company has invested in two other cross-continent projects for South America and other parts of Asia.