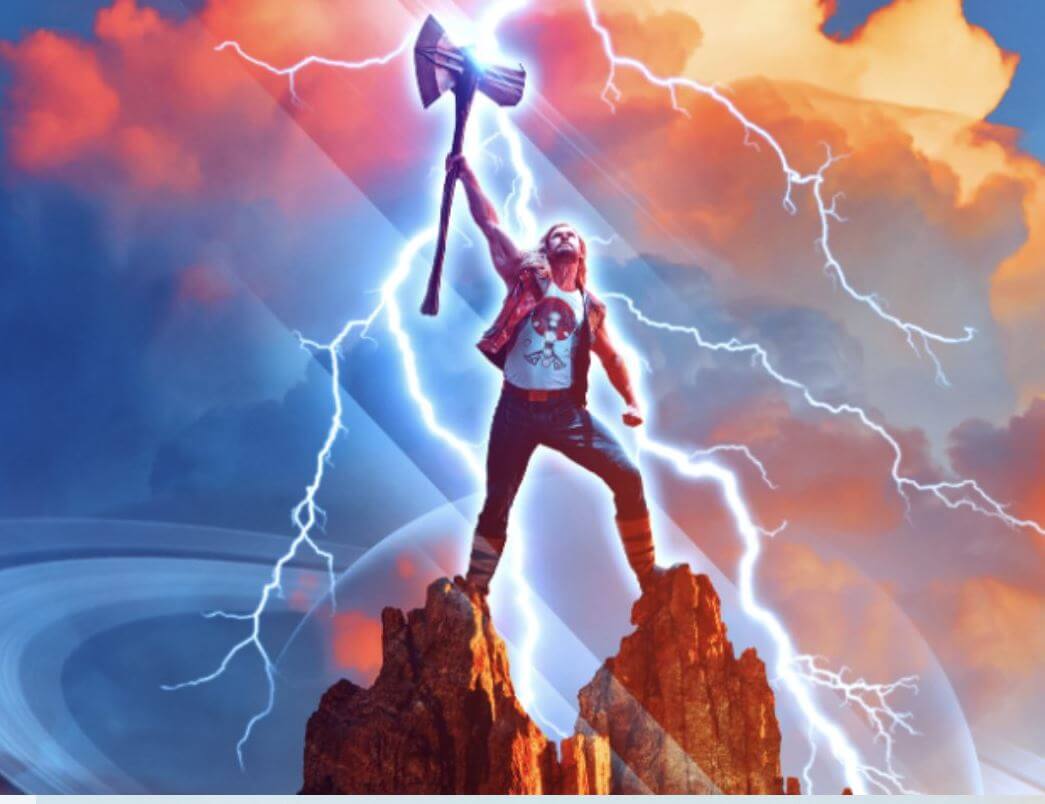 Marvel really upped their game with the first teaser trailer for Thor: Love and Thunder.

The new Thor trailer is simply a spectacle from start to finish – and the official poster is beautiful as well.

You have the usual suspects aka Chris Hemsworth as Thor, Tessa Thompson as Valkyrie, and Natalie Portman as Jane Foster, but also Oscar winners Christian Bale and Russell Crowe completing the star-studded cast.

IMAX Enhanced Marvel Movies Can Now Be Streamed on Disney+

“Thor’s retirement is interrupted by a galactic killer known as Gorr the God Butcher, who seeks the extinction of the gods. To combat the threat, Thor enlists the help of King Valkyrie, Korg and ex-girlfriend Jane Foster, who – to Thor’s surprise – inexplicably wields his magical hammer, Mjolnir, as the Mighty Thor. Together, they embark upon a harrowing cosmic adventure to uncover the mystery of the God Butcher’s vengeance and stop him before it’s too late,” is the official synopsis.

Thor: Love and Thunder is made under Taika Waititi’s magic wand and picks off from the end of Avengers: Endgame, when Thor left New Asgard in the care of Valkyrie to join the Guardians of the Galaxy.

Thor: Love and Thunder opens July 8 and will have a classic theatrical release, so don’t expect to see the latest Marvel movie on HBO Max and the like anytime soon.

Marvel Films Chronologically: The Correct Order To Watch Them And Get The Full Story