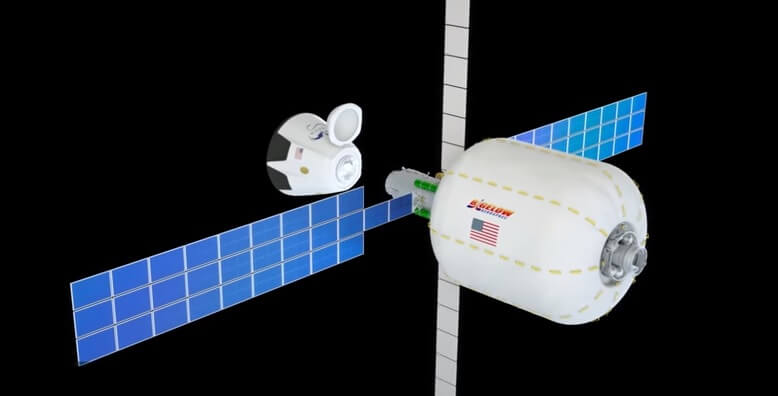 Mars might be the final destination for a lucky number of humans, but the Moon is still on the minds of some of the most powerful nations in the world. President Trump has already asked NASA to focus its efforts on the Moon, as well, while Space X’ BFR project can have a key contribution in making a lunar base. More importantly, two companies have teamed up to create and send the first inflatable habitat there #spacemagic

Bigelow Aerospace and the United Launch Alliance (ULA) announced that they are partnering up to design an inflatable habitat that would work as a lunar depot. If all goes well, this would go into space by 2022. The module is called B330 and it’s about one-third of the volume of the ISS. The United Launch Alliance is responsible with carrying it into low Earth orbit with their Vulcan 562 rocket.

When it reaches that point, the module will inflate and more equipment will arrive and tests will begin. Bigelow Aerospace will send an additional 35 tons of cryogenic propellant to the module so it can reach the final destination: low lunar orbit.

“We are excited to work with ULA on this lunar depot project,” said Robert Bigelow, president of Bigelow Aerospace. “Our lunar depot plan is a strong complement to other plans intended to eventually put people on Mars. It will provide NASA and America with an exciting and financially practical success opportunity that can be accomplished in the short term. This lunar depot could be deployed easily by 2022 to support the nation’s re-energized plans for returning to the Moon.”

This news comes a month after Russia has announced its collaboration with NASA to build the first lunar space station. More about it, here.