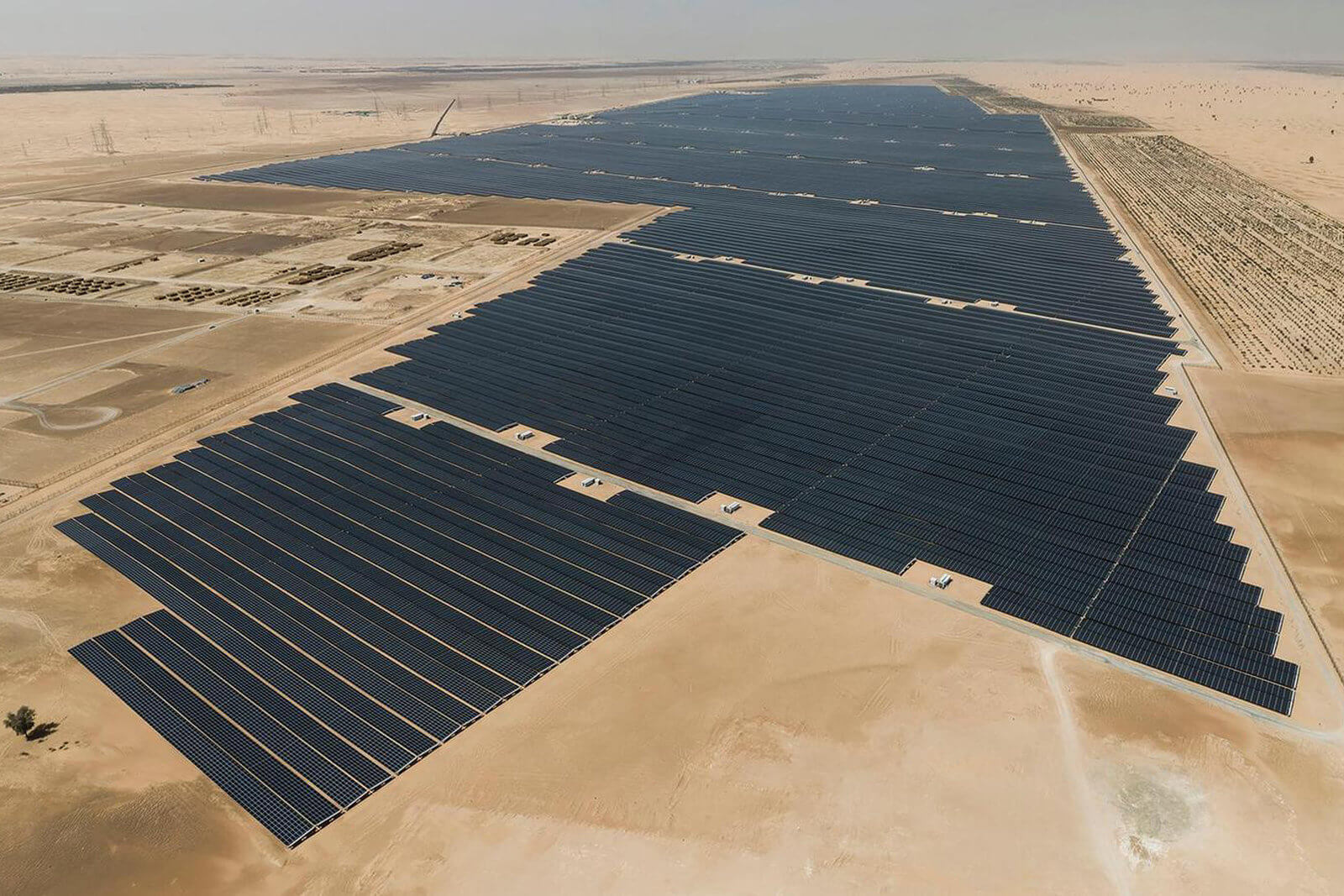 You might be surprised to find out that the United Arab Emirates (UAE) is one of the countries who has made and continues to make a lot of effort to reduce oil production and switch instead, to greener alternatives.

One of the ways it is doing so is by investing in solar power and when we say ‘investing’, we really mean it: the country is now home to the world’s largest solar power plant, the Noor Abu Dhabi. It was built by Sterling & Wilson and saw no less than 3000 people working on-site at peak activity.

The solar plant has now achieved its Commercial Operation Date stamp, which means that it has officially started operating.

Mohammad Hassan AL Suwaidi, Emirates Water and Electricity Company’s Chairman has said that “The completion of the project marks a significant milestone in the UAE’s Energy Strategy 2050, launched in 2017, to increase the contribution of clean energy in the total energy mix to 50% by 2050 while reducing the carbon footprint of power generation by 70%.”

Beyond its size, Noor Abu Dhabi also broke a record when it came to the bid submission, which will see the electricity from the solar plant sold to the Emirates Water and Electricity Company at the world’s most competitive tariff of 8.888 fils/kWh.

The $870 million project is the result of a partnership between Abu Dhabi Power Corporation, the Marubeni Corp from Japan and the Chinese solar manufacturer Jinko Solar.

The plant features 3.2 million solar panels that are installed across an 8 square kilometre site and is expected to offset the country’s C02 emissions by 1 million metric tons, which, according to the UAE, means it’s almost like taking 200,000 cars off the roads. In addition to that, it will be providing enough power to meet the demand of 90,000 people.

“Noor Abu Dhabi will generate renewable energy and will enable us to improve the use of our natural resources,” Othman Jumaa Al Ali, CEO of Emirates Water and Electricity Company has said. “The fact that a project of such scale has been successfully completed on time and on budget highlights our commitment to ensuring sustainable energy for the future and it is a true testament of the Emirate’s delivery capabilities to execute world-class energy projects.”

Noor Abu Dhabi’s presence does not mean that the UAE is still not heavily reliant on oil – the country admitted that it is cutting down oil production but it’s mostly to bring some balance to the market. Even so, the solar plant will definitely bring some respite to our burdened planet.