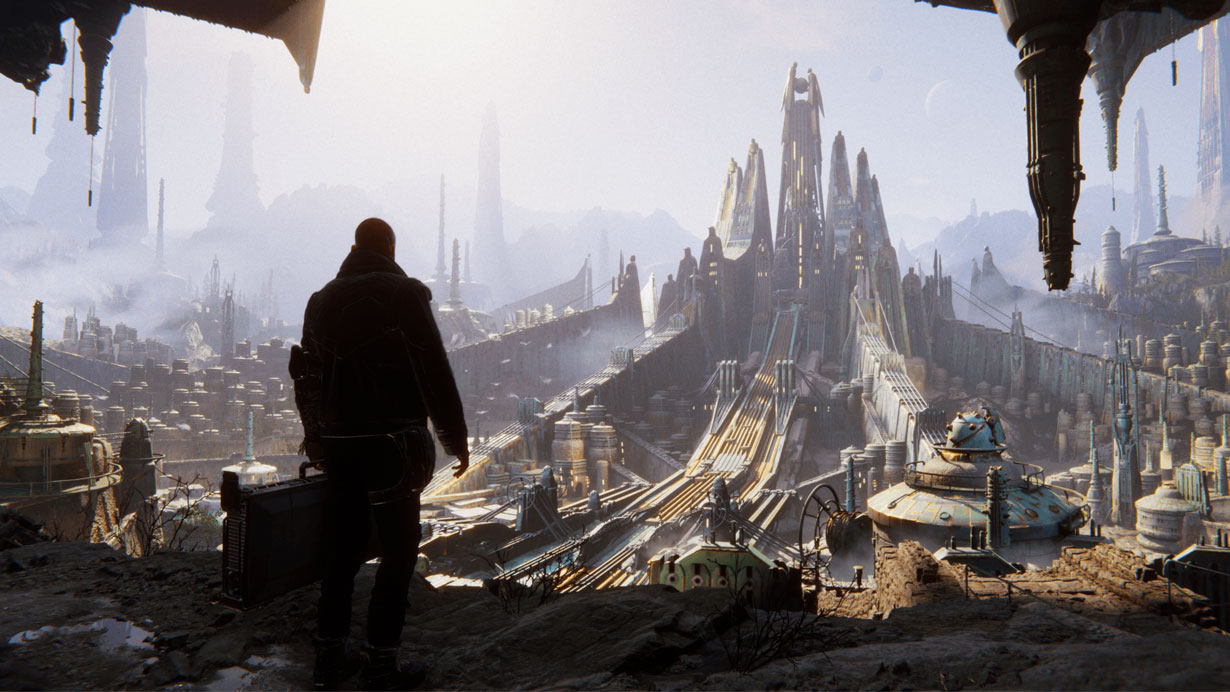 Unity has wrapped up its annual Game Developer Conference keynote (GDC) on Monday, but they did it with a blast – the company showcased what a powerhouse its ever-evolving game engine is capable of via a short film titled “The Heretic”.

The video lasts under four minutes and follows a man walking through a dark, broken-down corridor. He controls a fluid mechanical device that turns into an owl-like machine that the man communicates with telepathically or, perhaps, via cerebral implants – the video doesn’t offer explanations.

At the end of the video, the man and his machine walk out through the opening of a cave and the camera pans out over a breathtakingly beautiful futuristic cityscape.

“The Heretic” had one goal – to create a virtual human that both looks and feels real, a concept that has given animators and game designers nothing but trouble ever since they’ve started playing around with digital animation.

While we’ve made great strides in digital animation since 2001’s impressive (at the time) Final Fantasy: The Spirits Within, creating humans that move their bodies and facial muscles in a realistic way has always been challenging. You can always tell something’s just not right when you watch them on screen.

But Unity is known for taking on challenges and delivering on them – in fact, the company has a separate team that dedicates itself solely to creating small projects like “The Heretic” as soon as new features are added to the engine; you might remember 2018’s “Book Of The Dead”, which was created by the same team and left just as a lasting impression on us as “The Heretic” is doing right now.

“The Heretic” is using a handful of Unity’s graphic features, including ‘ every possible aspect of the High-Definition Render Pipeline (HDRP)’ with built-in area lights, high-quality shadows, volumetric, reflections and advanced materials.

The demo is more cinematic than all the previous Unity demos and that’s because it used Unity’s latest post-processing features like motion blur, bloom, depth of field, film grain, color grading and Panini projection. The Panini projection in particular, is important – it’s an adjustable projection capable of rendering simulated perspective views that are actually convincing, up to 150 degrees wide, or wider.

All of these features were upgraded for the Unity 2019.1, adjusted to be more physically correct and have been deeply integrated with HDRP.

Of course, aside from the lights and realistic perspectives, the greatest hurdle for the team was to create a realistic-looking human and “The Heretic” was the first time the Unity team tackled the issue. They used 3D and 4D scanning to achieve high-quality textures and poses as well as realistic movements alongside Snappers, which aids facial rigging.

The team combined the 4D scanned data with the 3D one – one is responsible for the realism of the actor’s performance while the other preserves micro-surface details like wrinkles and pores. This process yielded far better results than just using 3D and 4D techniques separately. After that, eyelashes, eyebrows, hair and other such small details were attached via dedicated tools, while skin, eyes, teeth and hair shaders were based on HDRP.

The Unity team started working on the project in September 2018 but the company plans to make it much easier and less time consuming for the regular users to create something like “The Heretic”.

Unity 2019.1 is not yet complete and the cinematic is, apparently, just the tip of the iceberg – we can expect a larger piece to surface soon and, judging by what we’ve seen so far, we’re in for quite the ride.