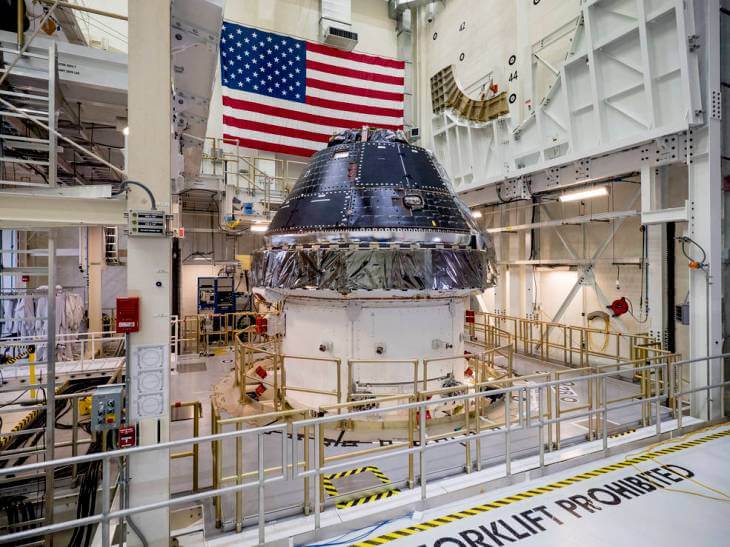 The Orion is a spacecraft created to fly crewed missions to space and was designed by Lockheed Martin, an American global aerospace, defense, security and advanced technologies company.

Recently, NASA has ordered a minimum of six and up to 12 spacecraft, for its upcoming lunar missions. The first Orion is already complete and ready for test and preparation for its first trip, next year.

This new contract includes the spaceship that NASA astronauts will use to go to the Moon in 2024 and covers other missions that will take place up to September 30, 2030. The first batch of Orion spacecraft will be used for Artemis missions III, IV, and V with a contract value of $2.7 billion.

NASA plans to follow this with another order for the capsule to be used for Artemis missions VI, VII and VIII that will reach $1.9 billion. The company says ordering the spacecraft in groups of three will “benefit from efficiencies that become available in the supply chain over time”.

NASA is also hoping to re-use the Orion capsules at least once per spacecraft starting with Artemis II, the first crewed mission in the program, which is only set to do a Moon flyby and not actually touchdown. Parts of used capsules are also set to be used for the Lunar Gateway project to help build a lunar space station that would support future Moon missions, and stage missions to Mars and beyond.