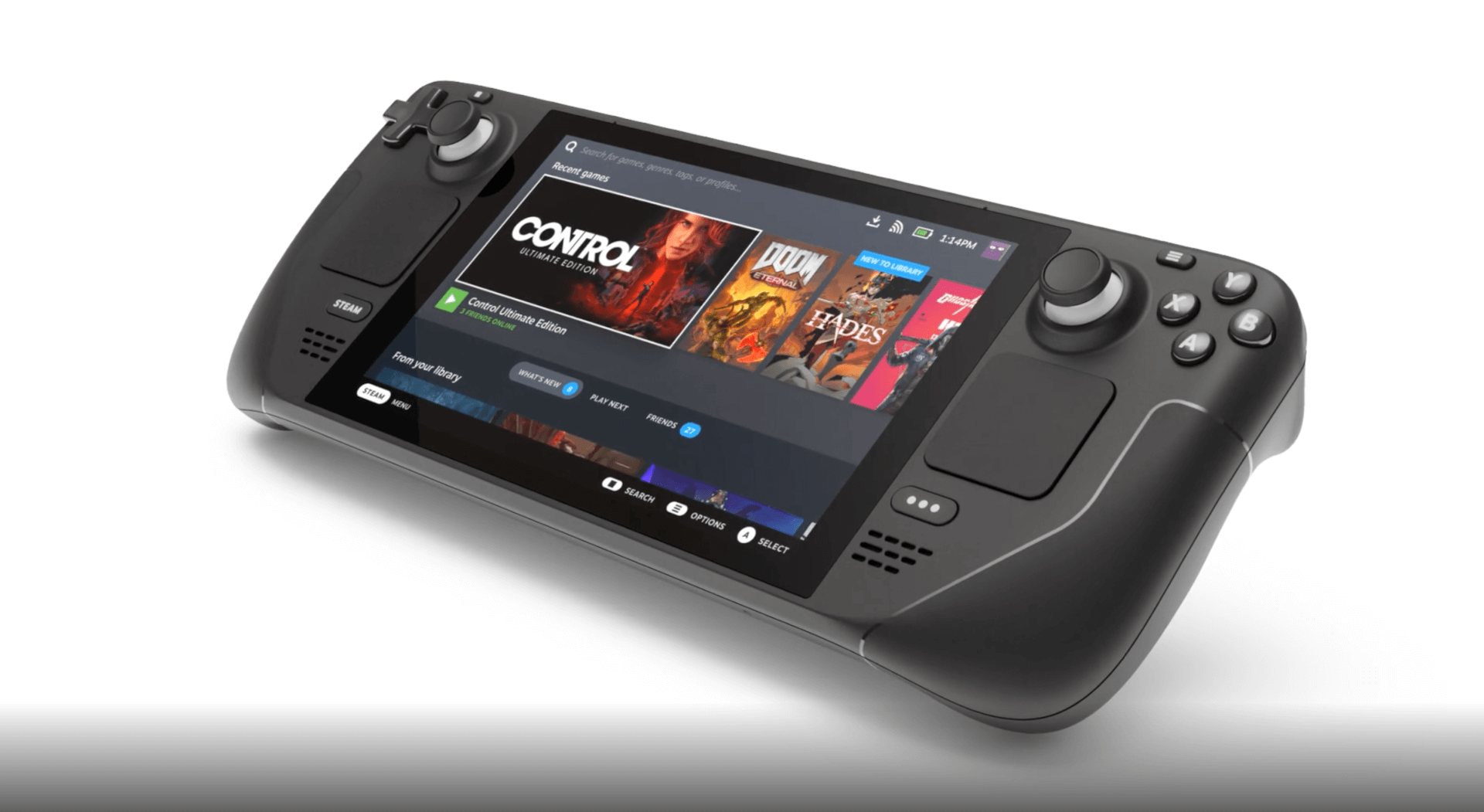 Valve looks to enter the hybrid console-like market with its own handheld PC, the Steam Deck!

While the Valve Steam Deck draws comparisons to the Nintendo Switch thanks to its hybrid nature (dock will be sold separately), it was designed for PC gaming-on-the-go in mind.

The controllers themselves, too, are uniquely laid out with PC gamers in mind. Rather than the stacked or diagonal layout of the thumbstick and buttons, they are essentially horizontal to each other. Although this may be a new layout scheme, it gives room for the console’s most innovative feature: its dual trackpads.

In an IGN hands-on, developers noted that the trackpad was implemented for PC gamers to get more accuracry than thumbsticks. It wss made to emulate feeling of using a mouse.

Finally, the Steam library is baked into the Steam Deck, meaning accessing the full library of available games is as easy as logging in. However, the Steam Deck is open platform, meaning gamers can install different software to the handheld device. As VGC notes, this feature lets games install other software, theoretically letting them install and play games from Xbox Game Pass or Epic Games Store.