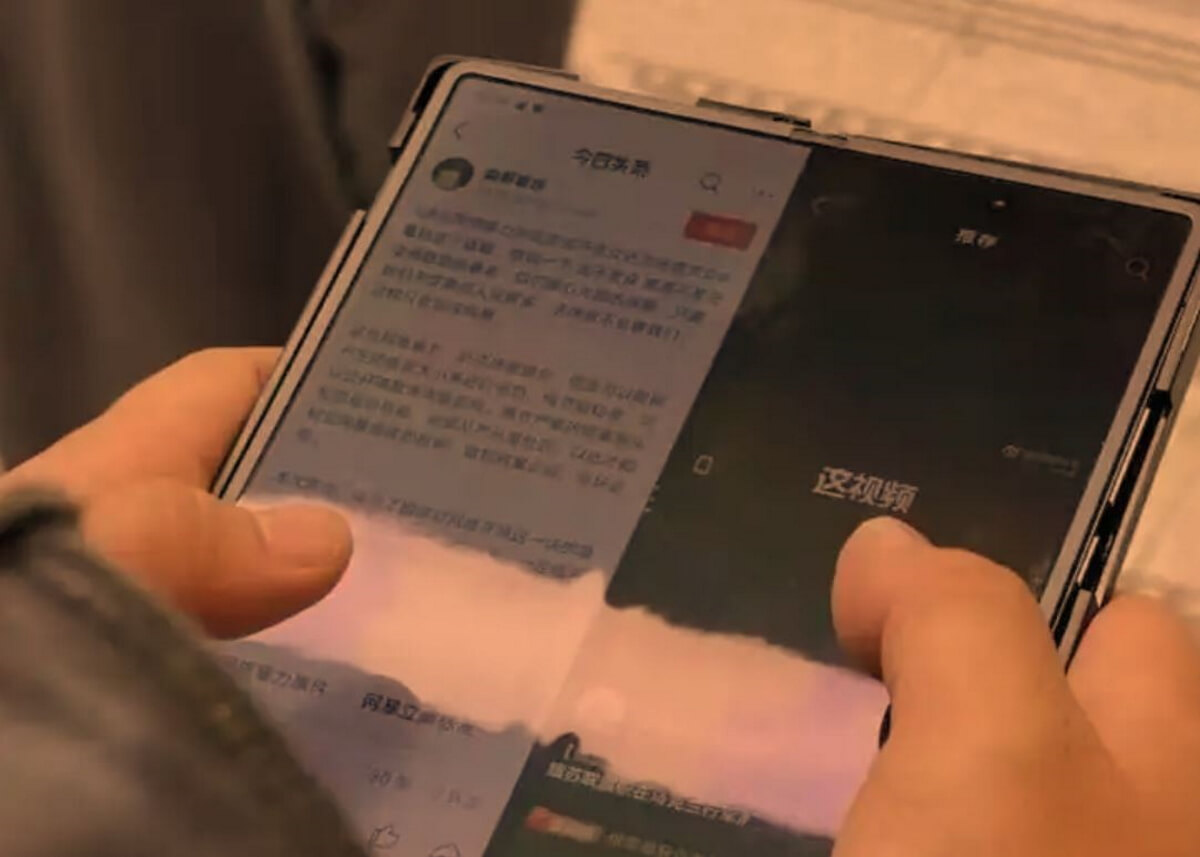 The Vivo X Fold is a device surfaced in many rumors but now we have something pretty much close to official confirmation.

The first Vivo foldable phone was actually spotted in a Chinese subway station. Despite being in a protective case that hid the logo, the blogger who noticed it realized it’s not any foldable currently on the market.

As we can see from these photos, it folds inwards so well, the crease is not visible, and it has a square-shaped screen that makes it almost tablet sized.

According to Sparrownews, that fold uses the best hinge technology on the market, and costs more than 1200 yuan (around $188).

Of course, it’s impossible to glimpse more from a single hands-on but we do have an idea about what the Vivo x Fold specs might be.

The ViVo X Fold might have an 8-inch QHD+ display with an 120Hz refresh rate, which might come in handy for gaming.

It’s also reportedly using the latest Snapdragon 8 Gen 1 chipset paired with a fast-charging 4,600 mAh battery. That one might offer 80W wired fast charging and 50W wireless charging so, either way, the phone could probably be topped off in about one hour.

Until the company officially announces something though, the first Vivo foldable phone remains a mystery.