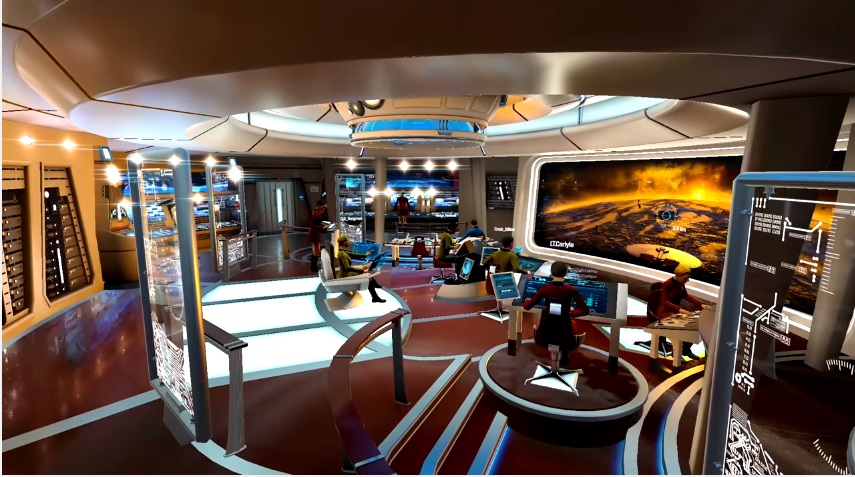 One VR game is taking fun to a whole new level. Ubisoft is giving players the ability to give vocal commands to their Star Trek crew, like a real Starfleet captain would #realitymagic

Voice commands won’t be useful just to wake up Siri, Google Assistant or Bixby from their digital sleep. They’re going to trigger awesome actions in games too, as Ubisoft proved with its rendition of Star Trek: Bridge Crew. The company partnered up with IBM Watson to make the game recognize speech. The best part is the tech used is advanced enough to translate a variety of words and combinations into text and then commands, so you don’t have to memorize certain phrases.

How will you know when to speak? Well, you’ll see a new icon appearing at the center console of your seat as Captain on the USS Aegis. In that moment, you have to hold down a controller button and speak your instructions; those can either be generic or come straight from the Star Trek universe like “make it so” or “engage”. The moment you’re done, you can release the button and wait as the voice reaches IBM Watson servers.

An engine turns your voice in readable phrases, before the Conversation API makes sense of what you just said. By cross-referencing with a database of probable commands, it can deliver the command to the control center and so, to your AI crew.

IBM had to build a custom recognition model to tackle strange combinations and so far, works only in English. That said, the team is seeing this as the beginning of what they can do for VR experiences. They are already working with game developers on titles with strong narratives.