VR Bumper Cars Are Your New Gateway To A Steampunk Experience 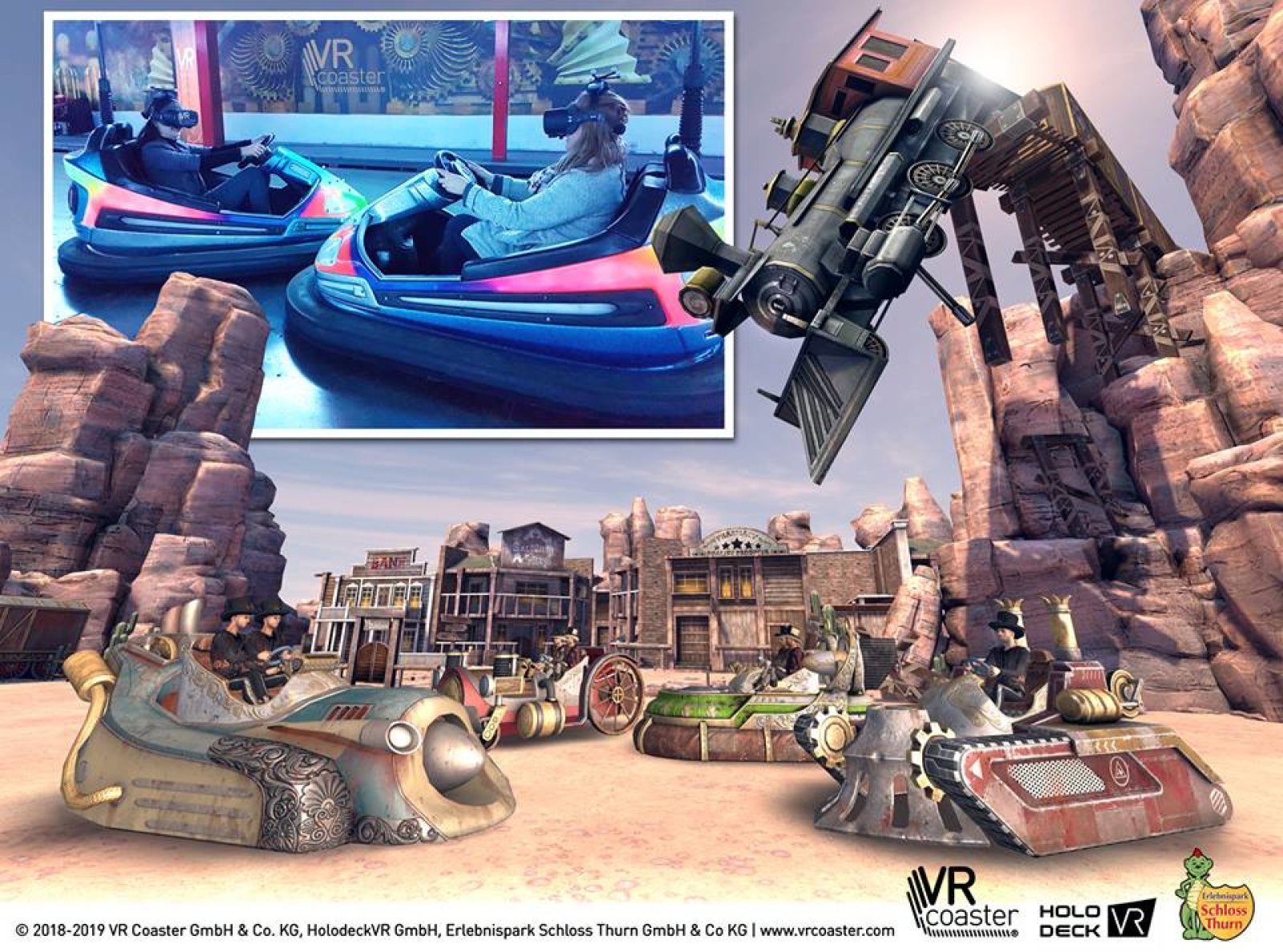 If you happen to travel to Nuremberg, you might want to visit the Erlebnispark Schloss Thurn theme park because they have just recently revealed their latest attraction: a virtual reality (VR) bumper car attraction.

Dubbed the Steampunk VR Scooter, the attraction is the brainchild of Qualisys and Holodeck VR who now allow the players to enjoy their bumper car ride in a virtual world where they compete against real players and virtual, robotic enemies.

They can defeat them by either joining forces or playing around with the extras and upgrades that they can find throughout the game.

“This is a fantastic achievement for HolodeckVR, VR Coaster and everybody at Erlebnispark Schloss Thurn,” said Martin Holmberg, Senior Motion Capture Specialist at Qualisys, in a press statement “We are delighted to be a part of this groundbreaking new technology, and it shows that Qualisys continues to make great strides in the entertainment and VR sectors.”

In VR, the bumper cars will appear as vehicles with a very distinct Steampunk flavored-design, which the players will have to navigate by cliffs and other obstacles.

All these VR feats are achieved thanks to a multiple camera setup from Qualisys called a Miqus mocap, a ‘daisy-chain’ setup that allows for tracking of 80 targets inside the VR environment.

For now, the attraction only found a home in Germany and it’s unknown if the companies plan to expand it worldwide.