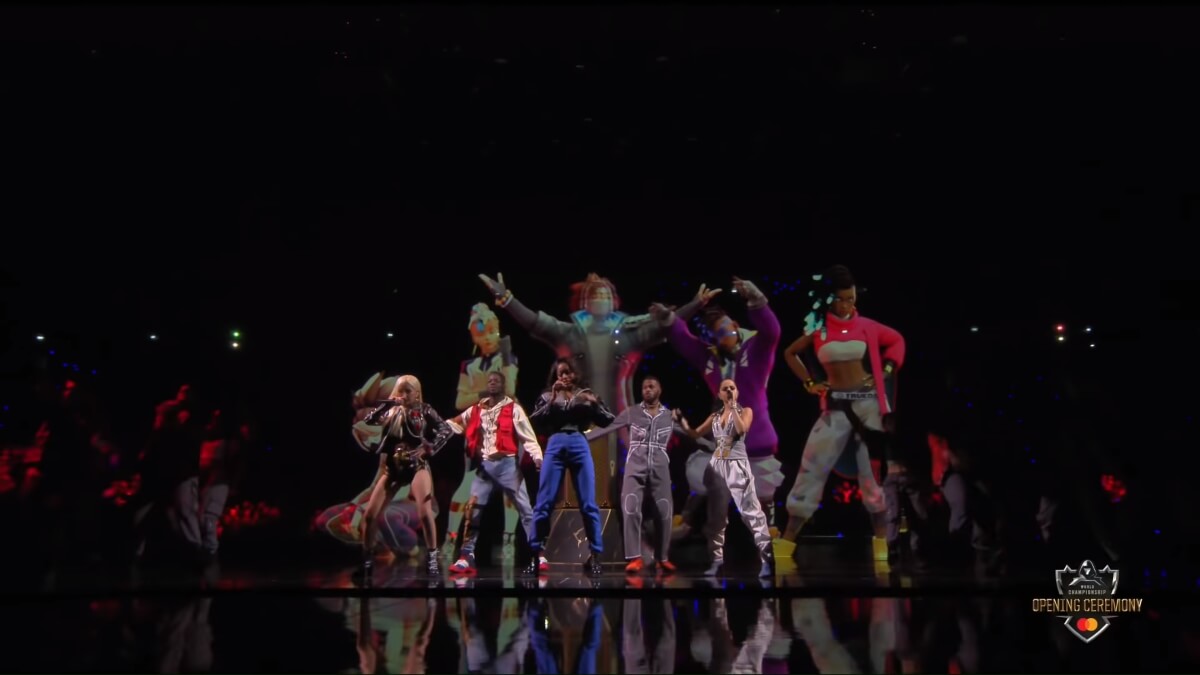 Riot Games, the company behind League of Legends, has always tried to keep one step ahead of the game when it comes to events and this year’s LoL World World Championships is no exception.

Giant holograms took to the stage alongside real-world performers, showing a stunning blend of technology and choreography.

To really go the extra mile, the Summoner’s Cup, the championship’s big prize, was kept in a high-tech trunk designed by Louis Vuitton, a brand Riot Games partnered with to add more glam to their offerings.

Riot Games achieved the effect by using Holonet, a technology that uses a fabric mesh scrim with metallic filament woven in the fibers and precise lightning to create holographic effects.

“We decided to go with the Holonet tech this year for a few reasons.

This year’s arena is indoors and has controlled lighting conditions, something we’ve not had for the last few world finals.

This widened the range of tools we could use to bring our IP to life.

We wanted to pick a technology that really fit the aesthetic and feeling of the songs we’re performing this year.

We didn’t want to just do AR [augmented reality] because we’ve done it in the past,” a Riot Games representative told ESPN.

The results are nothing short of spectacular, so watch the full opening ceremony below.