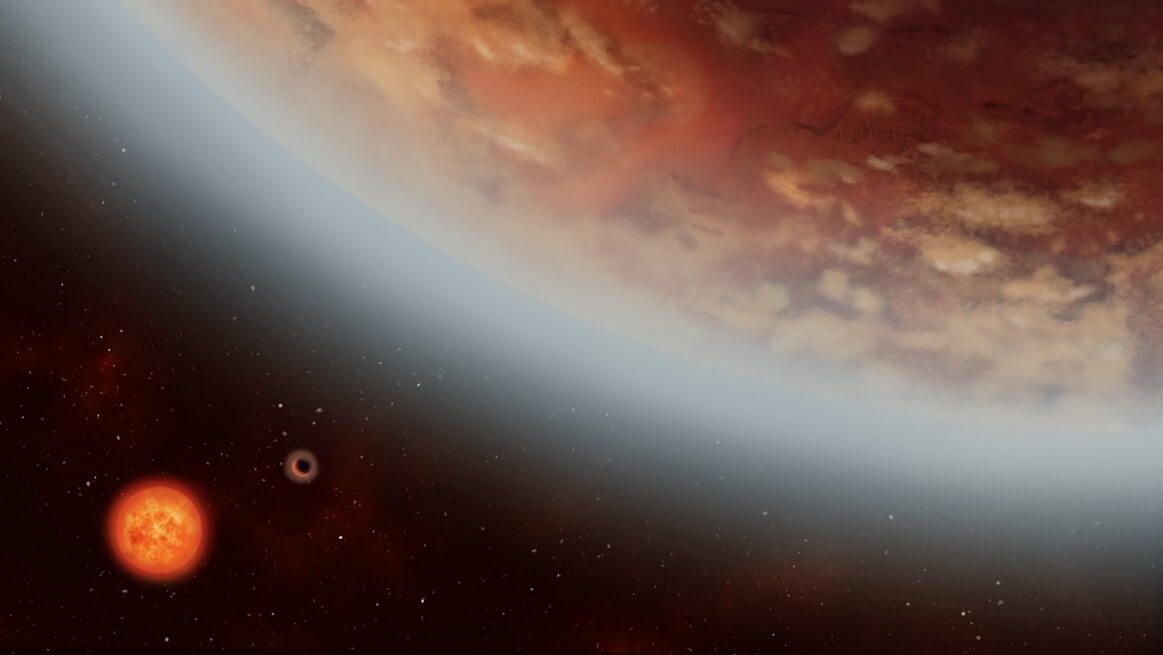 Astronomers have been working towards finding and probing planets that feature liquid water and have potential for life ever since the first exoplanet was discovered in 1992. Most of those efforts were spearheaded by the Kepler satellite, which is responsible for discovering about 2/3 of all the known exoplanets up to this date.

Now, for the first time, scientists have detected water vapor and possible liquid water clouds that bring rain the atmosphere of an exoplanet called K2-18b. The planet is located in the habitable zone of its host star, some 110 light years away from Earth, and it was first discovered in 2016 by Prof.  Björn Benneke and his team. It receives about the same amount of radiation from its host star as Earth does from the Sun and its mass and radius were determined by former Université de Montréal and University of Toronto PhD student Ryan Cloutier.

“The water vapor detection was quite clear to us relatively early on,” Björn Benneke, a professor at the Institute for Research on Exoplanets at the Université de Montréal has said about the discovery. “That’s in some ways the ‘holy grail’ of studying extrasolar planets … evidence of liquid water.“

K2-18b is about nine times larger than Earth and the similarities between the two make the astronomers believe that the planet might have a water cycle that allows its water to condense into clouds and subsequently create rain. The astronomers were able to make this discover thanks to eight transit observations made by the Hubble Space Telescope, which were combined together to create a clearer picture of what was happening.

“This represents the biggest step yet taken towards our ultimate goal of finding life on other planets, of proving that we are not alone. Thanks to our observations and our climate model of this planet, we have shown that its water vapour can condense into liquid water.” Benneke said.

However, there’s still a lot we need to learn about the planet – most importantly, there’s no information concerning its surface. The holy grail of this sort of discovery would be to find a rocky exoplanet that has water in its atmosphere: when that discovery will be made, it will mean that we have found a sibling of our own Earth.

Until then, the astronomers will continue to study K2-18b and figure out what gases might also be present on its atmosphere and, hopefully, in a few years, find out more information about its surface.