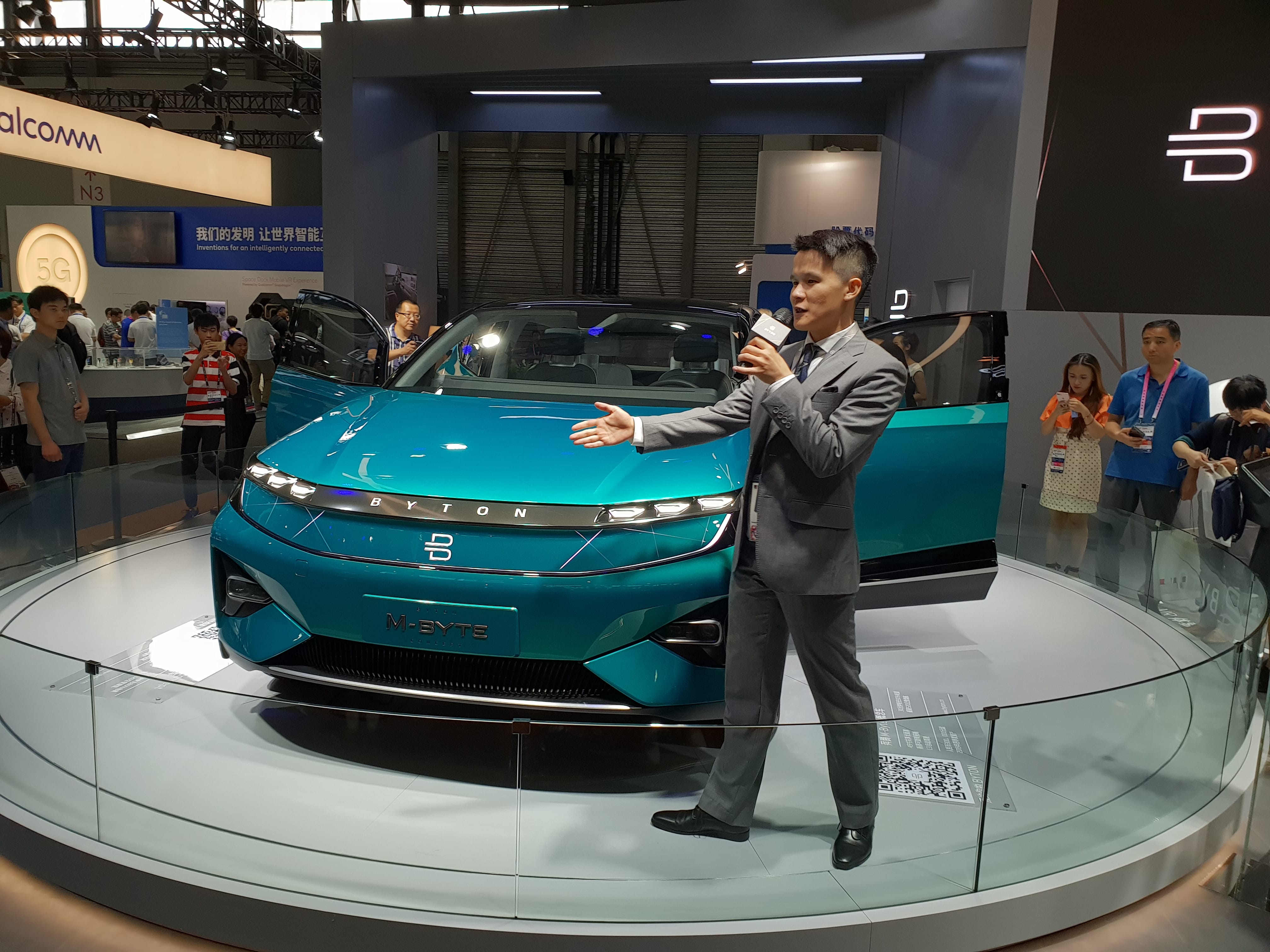 Another day is over at Mobile World Congress (MWC) Shanghai 2018. In visiting Convention Halls N1, N2, and W5, we got a better feel for the common thread of this MWC iteration. The idea of lifestyle technology certainly still permeated through the halls, but in these three areas, the focus was more on the future direction of lifestyle tech. #mwcs18 #ttllive

The main difference between the two days is that on the second day, many of the booths focused more on what’s to come than what’s already or soon to be available. Look no further than Philips. What seems to be a modest booth on the outside opens up to an imaginative world once you put on the VR headset available. Through the VR headset, people can see a world lit up by Philips technology in the sidewalk, smartwatches, and public transportation. 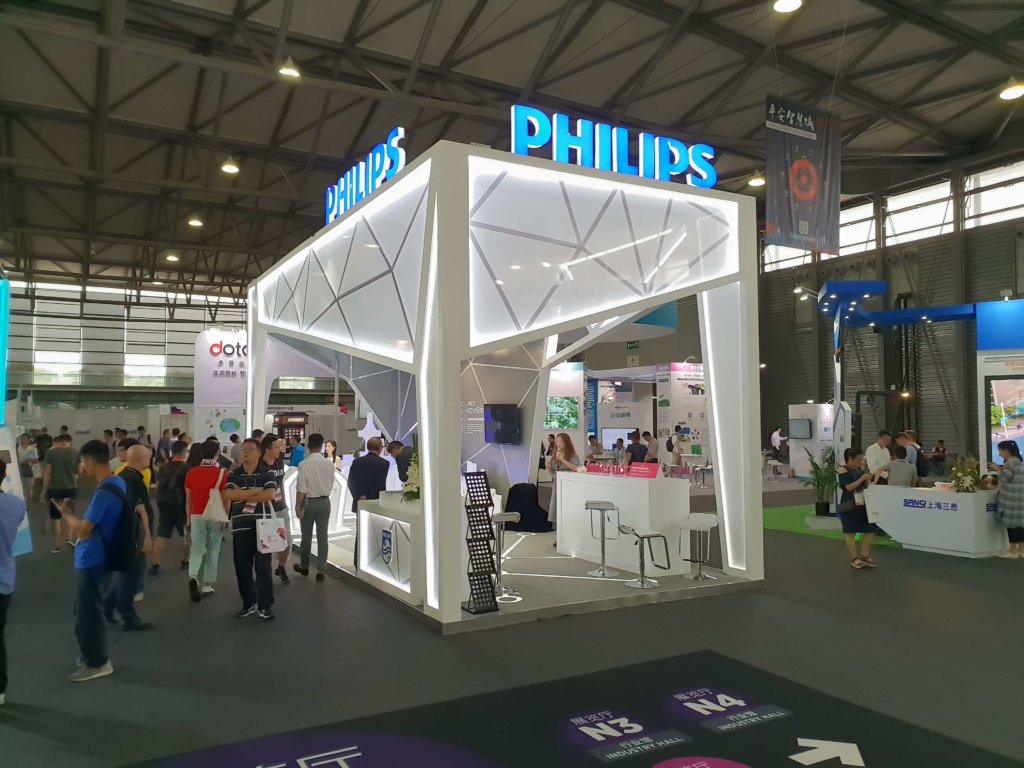 Philips’ booth was modest, but promised an incredible future

Not only that, many booths stressed the idea of smart cities. Many of these ideas are difficult to showcase in objects; after all, how do you show something like 5G technology? Instead, companies emphasized the possibilities by asking questions like, “what would the world be if you had large scale security systems?” and “what’s next in UAV technology?”

China Unicom was one of the booths that emphasized the future of 5G. For the company, they saw 5G as a way to create smarter rescue systems, autonomous driving, and AR holographic communication, among others. FiberHome, the booth right next to China Unicom, saw the potential of advanced optical fiber for things like submarine networks. 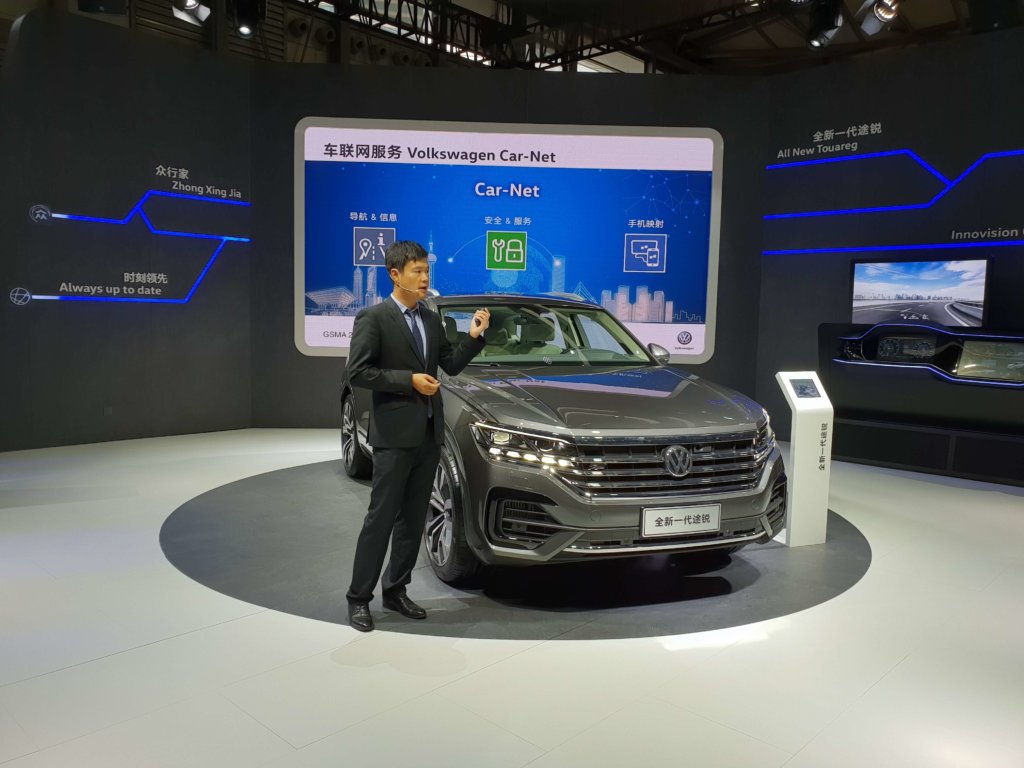 Volkswagen and its next-gen car

To be sure, many companies still had products and demos to illustrate just what the future holds: Lenovo displayed their VR system which appeared to be aligned with their mission of transforming construction industries, Byton and Volkwagen (among others) showcased next generation electric vehicles with stunning features, and Qualcomm gave people a closer look at the power of their new Snapdragon chipsets featured in smartwatches, smartphones, and VR headsets. 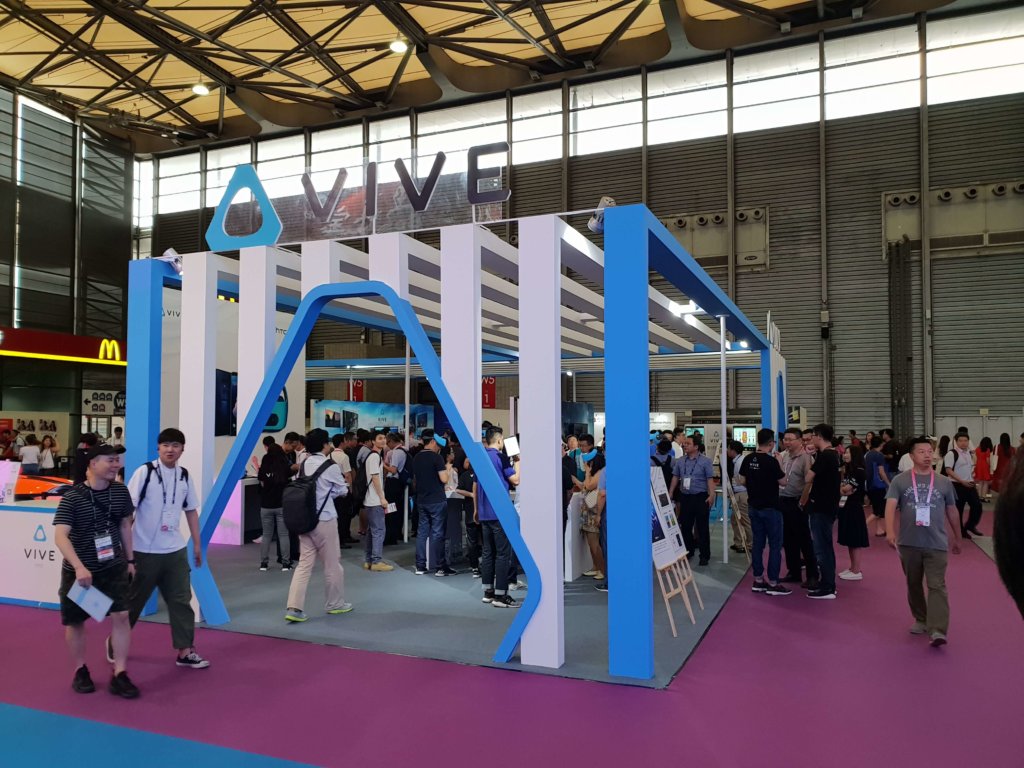 One of the biggest demos came from HTC. Taking over almost half of Convention Hall W5, HTC let convention attendees try out their HTC Vive with multiple different games and scenarios. You could practice a guitar, play baseball, or even use light sabers.

Additionally, Vivo was next to the HTC Vivo demo stands. The main attraction, of course, was the Vivo Nex and its pop-up front camera (see our hands-on here!). However, the booth also had demonstrations of 3D face modeling, seamless images displayed over multiple phones, and pop-up camera responisivity.

Off the convention floor, we had a chance to sit down and have exclusive interviews with HTC, Nokia, Byton, Coolpad, and Xperi. At HTC, we had a hands-on with the U12+ smartphone and its Edge Sense technology, which you’ll soon see on our YouTube channel and on the website. Nokia emphasized spatial audio, while at Byton, we had an opportunity to ride in their concept car. Rather than providing products, both Coolpad and Xperi focused on the technology of the future with the latter striving to make identification technology more secure. Expect all interviews to be up shortly!

With such a jam packed day, the only thing we could ask for is a little more coffee. Hopefully we find some, as Day 3 looks to be just as exciting as the last two!