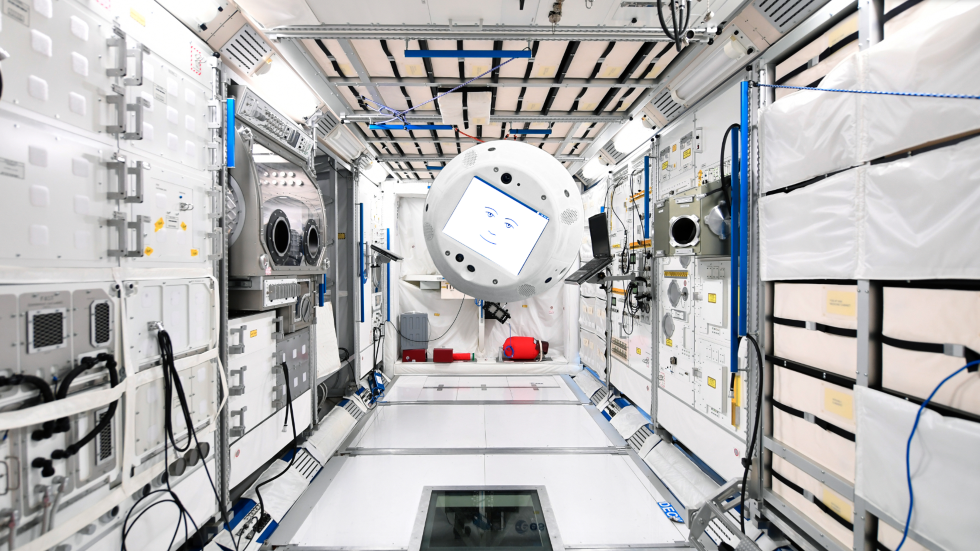 Cimon (Crew Interactive MObile companioN), an artificial intelligence robot, is Space X’s latest addition to be delivered to the International Space Station , having already lifted off from Cape Canaveral, Florida.

Cimon has a round shape, roughly the size of a basketball, with a screen that serves for its face. Researchers chose this particular design first for safety (no sharp edges, no poking or damaging things) but also because they considered it would be less disturbing for the crew, rather than having around a robot with a humanoid face.

The project has been in the making for only two years, it cost around $5.8 million and was developed by Airbus for Germany’s national space agency. The goal is to see if AI-drived robots can work alongside astronauts in order to simplify workdays in space.

Alongside Cimon, two genetically identical female mice and 20 other mousetronauts will also be nicely packaged for delivery. And also coffee, apparently.

As intriguing as twin mice and space coffee might be, it is Cimon who is the star of the show. The German-built robot will be introduced to the crew by astronaut Alexander Gerst, who has already arrived at the orbiting lab a month ago.

Cimon is self-propelling thanks to 14 internal fans and is expected to help with science experiements and will float alongside the astronauts helping them with research procedures. Though he is able to assist the five other astronauts present on the station, Cimon has Alexander Gerst’s face and voice imprinted in its memory, making him best suited for Gerst first and foremost.

In order to get his attention, all the astonauts would need to do would be to call his name. He can be asked questions about the research they are working on and Cimon will be able to help also by displaying videos and pictures on its screen.

Cimon is also able to show a smile on the screen that serves as its face when the conversation is upbeat and will frown when he considers it is sad.

His system comes courtesy of IBM and it will be updated via IBM’s Cloud as he is expected to grow in knowledge and learn the longer he will be present on the station. Cimon will basically stay on the station to provide additional brainpower as well as be of general assistance in case of emergency situations.

His stay on the ISS is open-ended and will most likely mark the foundation for other future space robots that will accompany astronauts further away through the Cosmos, on the Moon and on Mars.

Of course, an AI-driven robot makes us all think about A Space Oddysey’s HAL, but no worries, he has no chance of running wild – he sports a power-off button.