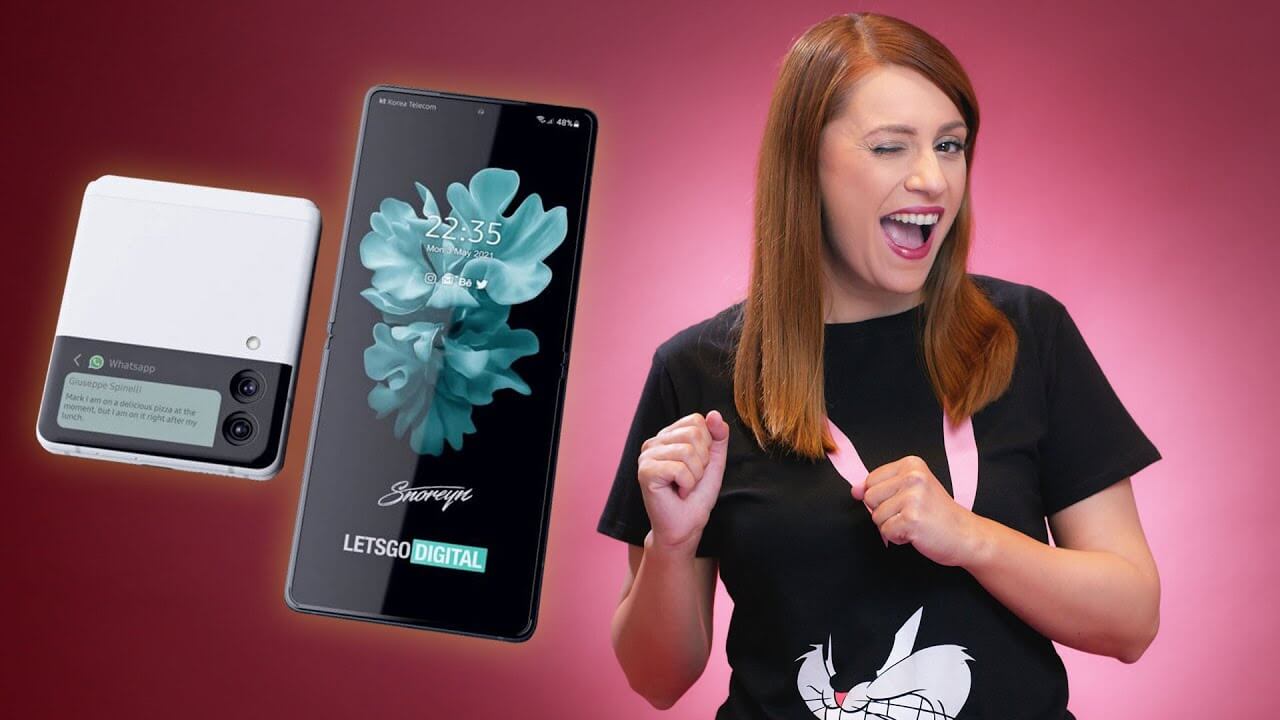 Are any cell phones made in the US still? The answer is, unsurprisingly, no. Still, if you want to know where Samsung phones are manufactured, take a look at the following list – it includes a list of Samsung’s manufacturing hubs, the Samsung devices that are made in China and, specifically, mobiles not made in China.

Where Samsung phones are made

The answer to this question is the same country that made the Samsung smartphone – Taiwan.

In Taiwan, Samsung manufactures both the top of the line Galaxy series and the mid-range Galaxy A series, which includes devices like the Galaxy A71, considered a mid-range best-buy.

According to one outlet, Samsung has been manufacturing phones in Taiwan since 1997 at a huge rate, of around 600000 devices per month.

Another recent report on Samsung’s China business said that the company “plans to handle premium handsets in South Korea, midrange units in India and a variety of models in Vietnam”.

The Samsung Group is one of the largest manufacturing companies in the world, originating from South Korea and with headquarters in Seoul.Of course, that doesn’t mean most of their manufacturing happens there.

Instead, Samsung makes their phones in a few major regions.

Samsung phones made in Vietnam

The most significant manufacturing country outside of Taiwan is Vietnam.

Samsung has a huge factory in the north-eastern province of Thai Nguyen, with a workforce of 16,000 employees. In total, there are 6 Samsung Vietnam factories, in  Ho Chi Minh City

In May 2020, the company announced plans to invest another 3$ billion to open a new smartphone factory in Vietnam, a significant  increase in their presence. This announcement happened shortly after Samsung Electronics announced  they will build a $560 million factory in Ho Chi Minh City, where they will make televisions, air conditioners and washing machines. Another $230 million were earmarked to begin constructing a Samsung R&D centre here, which is expected to be completed by 2022.

According to the Vietnam’s General Statistics office, the country exported  $19.2bn worth of mobile telephones and accessories in just 10 months.

According to the Yonhap news agency, Samsung has, so far, invested around $11 billion in the country but the number could be much bigger.

“According to Samsung’s statistics, around 50% of Samsung’s smartphones and tablets are produced in Vietnam and exported to 128 countries and territories, including the US, Europe, Russia and Southeast Asia,” says a Vietnamese outlet, which claims that “in the 2008 – 2018 period, Samsung increased its total investment in Vietnam from US$670 million to over US$17.3 billion, a 26-fold increase.”

Odds are, if you have a Samsung phone and you’re in the US or Europe, it was made in either Taiwan or Vietnam.

Samsung phones made in India

Samsung also makes a significant amount of devices in India, where it operates the country’s largest electronics manufacturing factory.

Its Noida plant reportedly produces about 100 million units per year, mostly manufacturing the Samsung Galaxy M and some Galaxy A phones.

If you’re in India, chances are your Samsung phone is made in India, since most of the Samsung Noida factory output is sold locally.

A small percentage of the Samsung phones made in India are also sold in West Asia, Europe and Africa.

Samsung phones made in South Korea

Even though Samsung is a South Korean company, just 8 percent of Samsung phones are made in South Korea. Most of those are sold locally, in South Korea, with only 10% earmarked for international export.

Samsung phones made in Brazil

It’s the same story for Brazil and Latin America too.

Samsung has a workforce of over 6000 employees in Brazil and has been making phones there since 1999, mostly for the Latin American market.

If you’re getting your Samsung phone from Latin America, it was likely manufactured in a production facility in Brazil. Samsung has been manufacturing in Brazil since 1999 and has employed over 6000 local workers.

The company manufactures smartphone and home appliances in Manaus and in Campinas, in the state of Sao Paulo.

Still, if the reason why you want to know where Samsung phones are made is because of ethical concerns, you should know that Samsung has a spotty employment record outside of China as well.

Back in 2013, Samsung was sued by Brazil over poor working conditions.

The company was accused of making its employees work up to 15 hours a day, 10 hours on their feet, and sometimes for 27 days straight.

The accusation came after an audit at the Manaus plant, the same one responsible for most of the Samsung phones sold in Latin America.

Samsung phones made in Indonesia

The company opened a factory there in 2015, where it produces around 800,000 phones per ear, most of them sold locally.

It’s a slim chance you’d be able to get a Samsung Made in Indonesia phone in the US or Europe but, if you’re located in Indonesia, your phone was probably made there.

Samsung phones made in Turkey

At the end of May 2021, Samsung announced they will be making phones in Turkey as well, as part of a significant move in the country. It makes sense, since Samsung in Turkey has a huge presence, holding up to 43% of the market share.

Until this year, Samsung has made products in Turkey just using contractors, but soon enough it wants to produce 3 million units per year in its own plant.

The Turkey Samsung factory is located in Tekirda, in the northwest region of the country.

Once again, if you were hoping for a phone not made in China, this move is not something you should be concerned about.

“The factory in Turkey will produce products for the local market. No decision has been made about exporting them,” said a company official.

Are Samsung phones made in China?

It’s a difficult question to answer, considering most reports came out before the COVID-19 crisis and there’s no telling if Samsung’s plans worked out.

In 2019, a Reuters report indicated that Samsung would outsource a fifth of its smartphone production to China in 2020, to help it compete with other low-cost phone makers like Huawei and Xiaomi.

This move followed the closure of the last Samsung Chinese factory in October 2019 and was a cost saving measure whose success wasn’t guaranteed.

Even back then, before the COVID-19 pandemic, experts warned that the move to outsourcing would not be without its risks, especially losing control over quality and giving contractors an extra volume that would lower costs for all of them, not just Samsung-employed smartphone makers who use them.

Right now, there’s no telling if Samsung makes phones in China using those contractors, considering the chipset shortage worldwide, but odds are the company is indeed producing handsets in that country.

In April 2020, the Samsung’s last Chinese factory was closed

Then, in October 2020, Samsung’s TV factory in China also closed, signaling an end to the company’s involvement in the region. The move came after Samsung’s market share in China dropped to below 1%, a drastic decrease considering it once held 13% of the market.

Which Samsung phones are not made in China

So overall, you could say that no Samsung phones are made in China.

If you’re part of the growing “Avoid China manufacturing” movement or visit forums like r/avoidchineseproducts, which has 45K users, you should rest easy on Samsung products. Or as easy as it’s possible in this interconnected, capitalistic world!

Some Samsung handsets might be manufactured in China but it would be a very small percentage of the phones Samsung makes – almost negligible in fact.

There’s no telling however how many Chinese components Samsung sources for those handsets it assembles in other countries.

If you want to rely less on Chinese-made goods or simply want to know which countries have production capabilities to rival China, the list of names is pretty short.

Back in the day, when the phone industry was in its infancy, most mobile phone brands were European. Names like Nokia, Alcatel and Ericsson used to dominate the market and dictate trends but, once Apple came along, an American dominance was established. Unfortunately, so did the trend of making smartphones in China.

We compiled a list of the best phones not made in China but be warned, it is pretty short all things considered.

Still, you will find phones made outside of China, so if you’re shopping for that, it will be a helpful resource.

Is Samsung made in Vietnam a good choice in phones?

And lastly, our readers kept asking us if Samsung made in Vietnam phones are good.

If you mean “good quality”, then the answer is “yes”.

The fact is that Samsung makes most of its phones in Vietnam and, since it’s clearly still a market leader on Android, the company must be doing something right.

If you mean “good practices”, then sadly, the answer is probably “no, not really”.

If you’re concerned about human rights issues, like the treatment of the muslim Uyghur population in China, avoiding Samsung phones made in China is easy – but not necessarily the end of the problem.

The company has the same issues as most other companies when it comes to human rights and workers’ rights – and Samsung Vietnam is no different.

“According to local media reports, the Ministry of Labor, Invalids and Social Affairs of Vietnam inspected working conditions at Samsung Electronics’ factories in Vietnam and found they work an average of 70 hours per week. On the other hand, Vietnamese Labor Law stipulates a maximum of 8 hours a day, 48 hours a week, and prohibits overtime work more than 30 hours per month and over 200 hours per year,” a report from 2018 stated.

Either way, looking into where Samsung and most phones are made can help guide your purchases – and hopefully apply pressure on companies to do better in the communities they’re involved in.