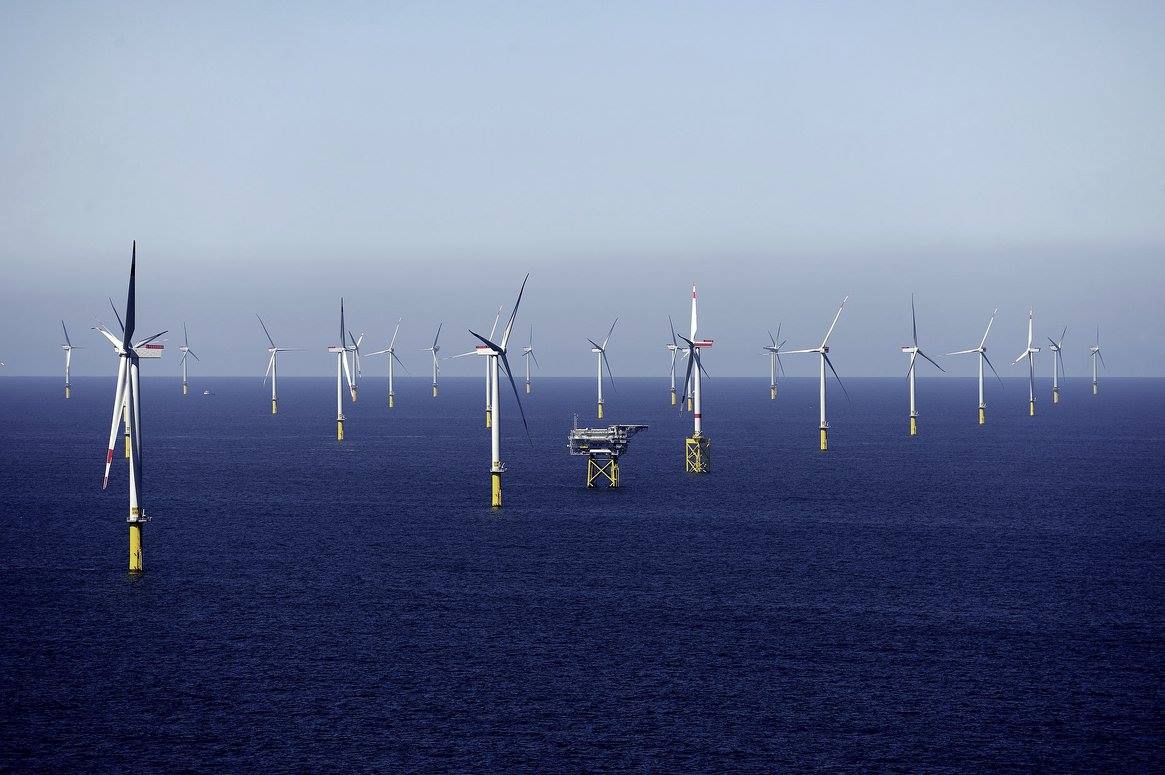 Huge wind turbines could one day deliver all the energy we need to run a household 24/7. Thanks to Dong Energy, the first skyscraper-sized ones have just been installed in Liverpool Bay, U.K. #todaymagic

Off the coast of Liverpool, you can now see white, bladed giants taking a stand in the sea. Taller than the Gherkin skyscraper, these are the world’s tallest wind turbines, developed by DONG Energy. Each of the 32 turbines is 640 feet tall and has 62-foot-long blades. During one blade revolution, the turbines can produce eight megawatts of power. Together, they can deliver 258 megawatts of power on one spin! If number don’t impress you, then think about this: one revolution of the blades is enough to generate more than a day worth of power to a house (29 hours).

This moment marks the first installation of 8MW wind turbines in the world. In England, for example, wind turbines have an average capacity of 3.0MW to 3.6MW. In total, they can generate 5.3GW, enough to sustain 4.3 million homes. Imagine what can be done if more giant turbines are added to the Burbo Bank wind farm!

Dong Energy envisions turbines of 13MW or 15MW in the near future. As extraordinary as that seems now, one thing’s for sure: U.K. will be the country to debut such power “monsters”. This is, after all, the country with the most wind turbines in the world.

How will this technological progress change your life? Well, one day, in the not too distant future, your entire house could “work” on sustainable energy.