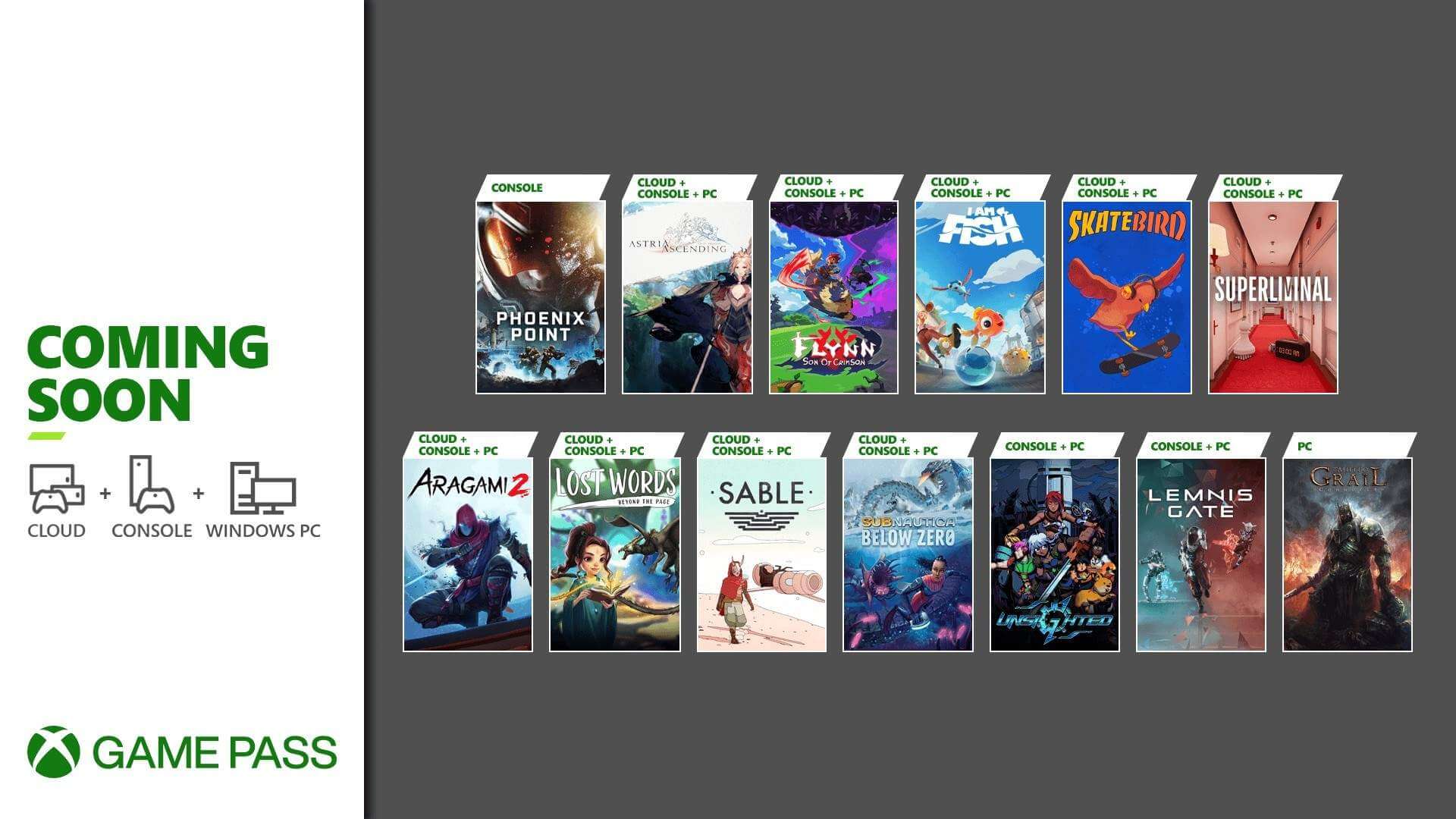 Xbox Game Pass is set to get bigger than ever in the second half of September with 13 games coming to the platform. As outlined on Xbox Wire, eight of those 13 will even be day one games.

Available day one, Flynn: Son of Crimson is a 2D side-scrolling pixelated action adventure about Flynn and his companion Dex. Throughout the adventure, you’ll solve puzzles, defeat monsters, and gain new skills in order to save Rosantica from The Scourge.

Four fish friends get separated and have to find their way back to each other. Take Goldfish, Pufferfish, Piranha, and Flying Fish on a psychics-based adventure through water, the air, ground, and more in order to meet your friends once again.

Tony Hawk meets an actual hawk when Skatebird arrives day one to Xbox Game Pass. Do tricks, spins, and grab some air as birds who love to skate.

Take your character through a series of optical illusion-based puzzles as you attempt to escape the wacky, unconventional dreamscape you are caught in. Perspective is the name of the game in Superliminal, so make sure to look around.

The Aragami are back in the sequel to the 2016 stealth action title. Take on the role of a shadow-powered ninja-like warriors once more to save the lands ruled by the Empire of Fire and other Aragami enslaved by enemy factions. There will also be co-op support for up to 3 players.

Build your narrative and your world in a game that transitions between a journal where the protagonists writes her burgeoning story and the world of Estoria she creates. Use her words to mark out the story in this atmospheric and narrative driven tale.

In the world of Sable, it is your rite of passage to explore the world as you seek out who you are and what you will become. Journey with Sable through the vast desert landscape, meet various civilizations, and find out who you are.

Explore a vast world with flora and fauna ready to strike at any moment. A sequel to the original Subnautica, Below Zero returns the players to Planet 4546B in order to find the truth behind a cover-up while managing resources, building out a safe habitat, and crafting tools in order to survive.

The cursed island Avalon awaits and the monstrous enemies that inhabit it take no prisoners. In order to survive, learn to master the multiple playable heroes, figure out the game’s deck-building and turn-based combat, and find your way through the ever-changing landscapes.

What would you do if you knew what moves your enemies were about to make; that is the premise of Lemnis Gate. Use time to your advantage as go turn-by-turn in this first-person shooter to stop your opponent’s previous loop and plan for ways to avoid their next loop.

Eight demigods of Orcanon must fight to protect the Harmony. This turned-based tactical JRPG will be available day one on Xbox Game Pass.

The few androids left are running out of energy and it’s up to you to find energy before they lose consciousness and become Unsighted. This action-adventure takes you through the ruins of Arcadia, where you need to use all your skills, tools, and knowledge to make it out alive.

From the creator of X-COM comes another extremely tactics based game. Fight off swarms of mutat aliens and protect the Phoenix Project at all costs. Phoenix Point has been optimized for Xbox One and Xbox Series X|S.