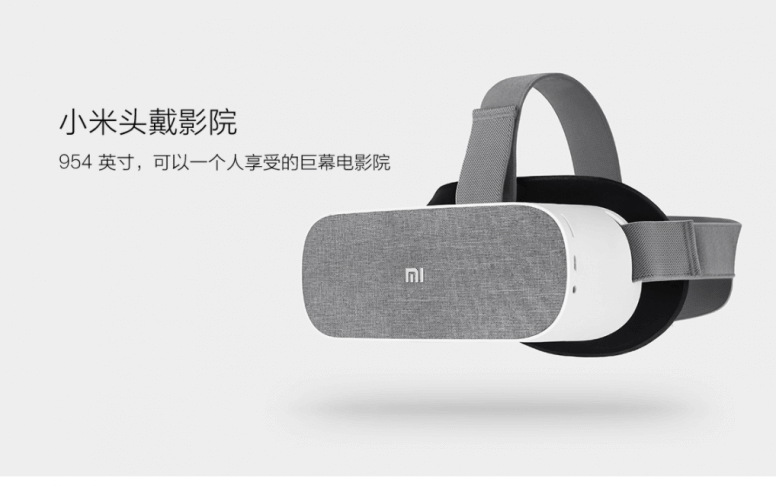 If you thought there was a tech niche where Xiaomi hasn’t dipped its toes in, think again. The new Mi 3D Cinema Headset looks like a VR headset only… it is not.

Made of a skin-friendly and soft material, the Mi 3D headset is breathable and comfortable to wear.

It works via screen casting so you need to have a different device for playback. Don’t worry, though – the Mi 3D supports all devices that work on iOS, Android, Windows or Mac OS. Its battery life will last you three hours during which you count on 2GB of RAM. The device has 16GB of storage, but it also supports up to 256GB via TF memory card and an OTG cable for connectivity.

The Xiaomi Mi 3D Cinema Headset is equipped with two 2.54-inch 1080p screens, both with a color gamut of 95% NTSC. They support full 3D visual effects and have a diagonal field of view of 63°, which is s alike the comfortable view of a cinema. This is like watching a 954-inch display from 20 meters away, a real home theater experience that sits on your head!

It is compatible the with several format like 3D format, 3D upper and lower format, 2D format video, and playback of up to 4K@60FPS local video.

The headset is selling for $188. Too much you say? It’s not a lot compared to similar products, like The Cinego that goes for $499.