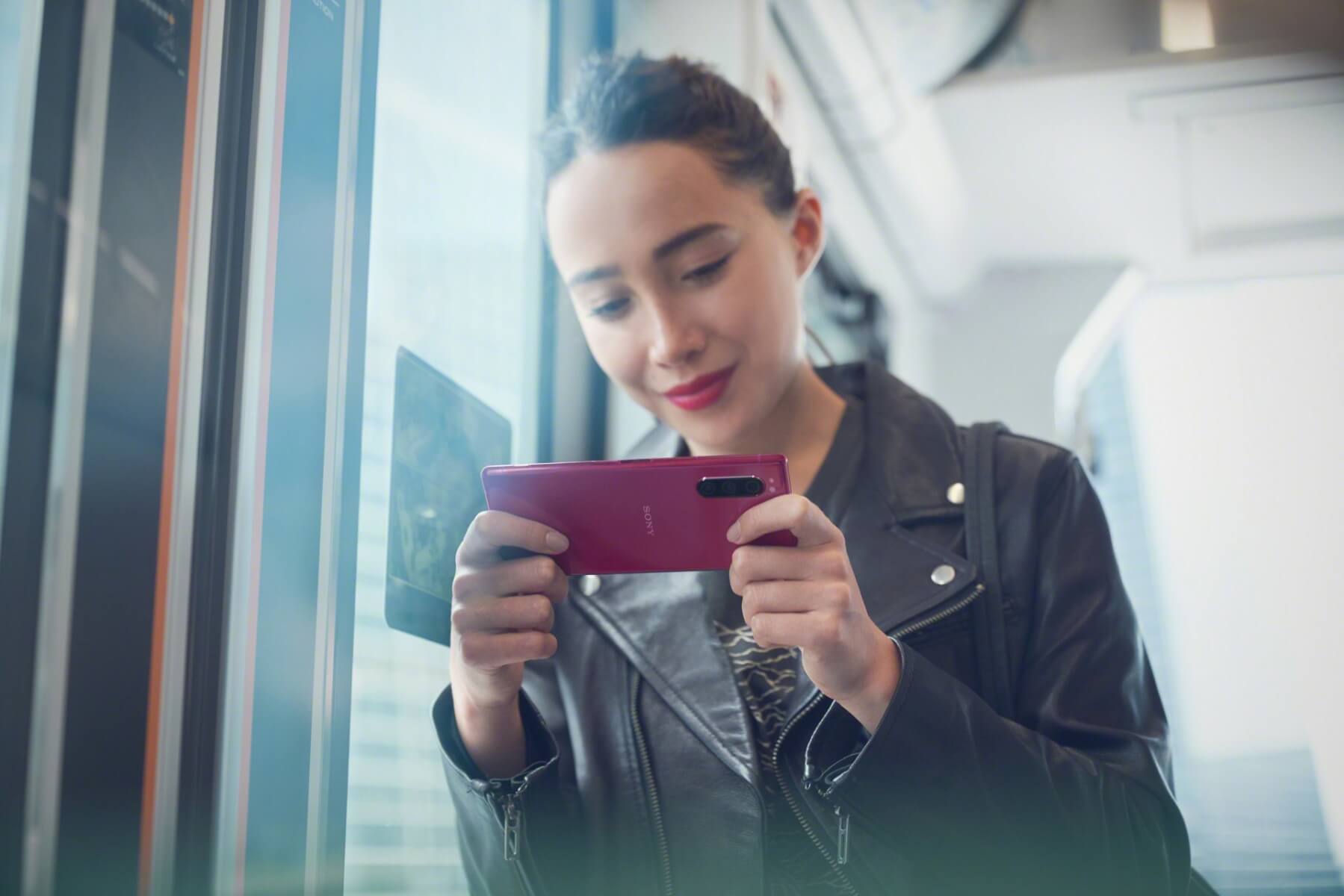 Just earlier this week, Sony kept us wondering what’s going on after the company published a teaser video that would be just small enough to fit “in the palm of your hand.” It didn’t take everyone too long to say that a return to the compact phone is incoming.

Indeed, Sony took to the IFS 2019 stage and introduced its latest smartphone: the Xperia 5, with a 6.1 inch OLED panel that arrives with a CinemaWide screen. The resolution however saw a bit of a downsize, at Full HD+ (2520 x 1080 pixels) but according to Sony, the screen has been fine-tuned to offer “a viewing experience true to creators’ intent.” To add to that experience, the device also features Doly Atmos-enhanced stereo sound and two speakers: one at the bottom of the phone while the earpiece acts as the second.

You could easily say that the phone, from a few points of view, is the smaller successor to the Xperia 1.

While the number five might make some think that’s actually a hint for 5G we have to unfortunately tell you that it’s not: the Snapdragon 855 chipset we can find under the hood of the device only comes backpacking a X24 LTE modem.

Camera-wise, the phone has a triple setup on the upper left rear corner that holds a 12MP, as 12MP ultra wide angle camera as well as a 12MP telephoto lens.

The battery is a 3,140mAh and while that might seem like it’s not much, it’s worth mentioning that it still features Power Delivery charging so you can still charge it with 18W rates.

In the spirit of the Xperia 1, we’ll also going to find Creator Mode featured in as well as a new addition called ‘Smart Connectivity’ which learns how the phone behaves on LTE and WiFi and switches onto LTE when it senses any compromise in the other connectivity.

Sony will start taking preorders for the smartphone as of next week but the units will only be shipped in October.