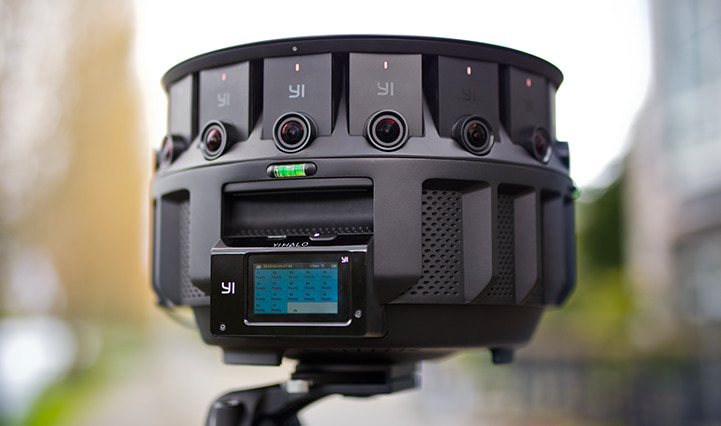 Yi has been releasing awesome gear since we can remember. Last summer, they impressed us with a 4K camera – a reply to GoPro’s much more expensive version. At IFA 2016, we got to test their handheld gimbal and once again, we couldn’t spot any significant turn-offs. Now, the Xiaomi-backed Yi Technology is announcing two new cameras, one for Google Jump and another 360 cam for amateurs #realitymagic

Yi Technology has revealed at the NAB conference in Las Vegas two brand new cameras. Yi Halo is meant as a professional VR cam that encourages filmmakers to use Google Jump, the company’s high-end creation platform. It’s a huge 17-camera rig (one more than the GoPro Odyssey offers) that shoots 3D-360 video in 8K resolution at 30 fps or 5.8K resolution at 60fps. Yi used altered versions of their 4K camera to make the rig and upgraded it with a touchscreen control panel and a smartphone app addition. Plus, as opposed to other similar VR cams, this one helps users line up the horizon by employing different levels on the rig.

If you’re dying to test one, good news: Google is inviting filmmakers to test Yi Halo. You just have to send an application to Google to be part of the Jump Start program. After admission, you will have access to a Halo camera rig and Google’s Jump Assembler service. Applications can be sent to Google until May 22nd.

The other camera coming from Yi Technology is a great spherical device for most consumers. Yi 360 VR takes 360-degree video at 30 frames per second in 5.7K resolution, a bit more than GoPro’s recently announced Fusion offers. It’s equipped with two 12MP Sony IMX377 sensors, a pair of 220-degree lenses and an Ambarella processor. 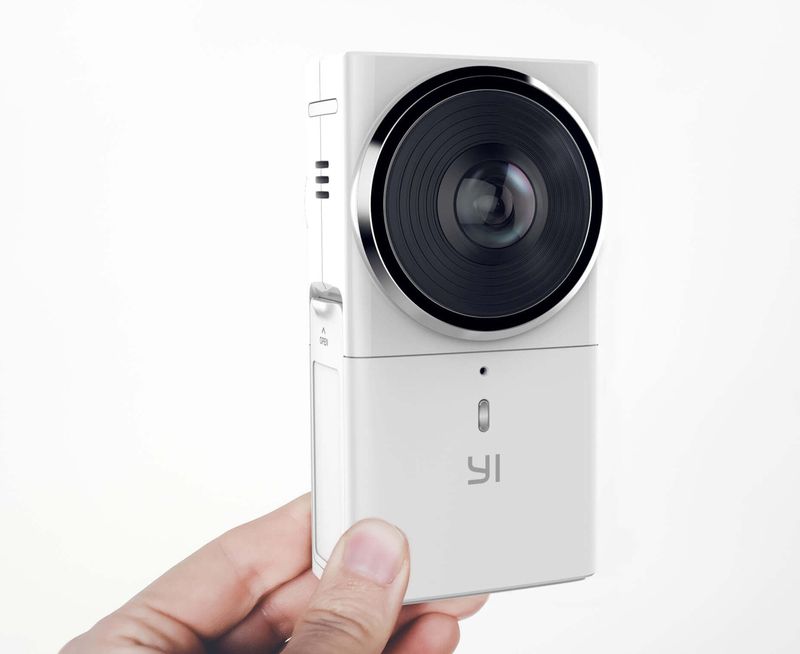 For those who vlog for a living, Yi 360 can be their tool of the trade. The gadget is able to live stream 2.5k video at 30fps over Wi-Fi. Unfortunately, you shouldn’t get your hopes up about battery life; the camera should last for about an hour before recharging.