In Offbeat News, Watch The Trump Animatronic By Disney In Action - Tech The Lead 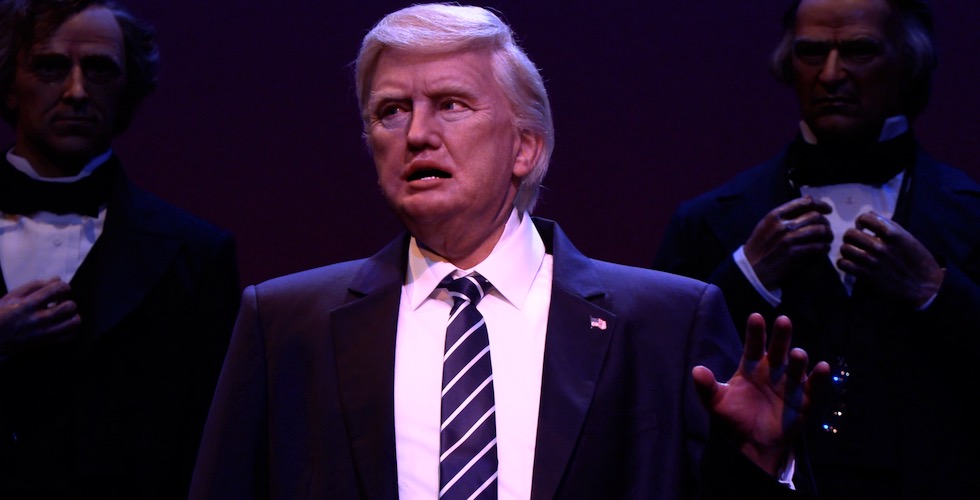 As the headline said, Disney has on display a Trump animatronic. The uncanny robotic version of Trump will join other USA leaders into the Disney World Hall of Presidents.

This exhibition reopens at Magic Kingdom Park after a year of restoration. The Disney project was started by Walt Disney himself back in 1964 when he honored President Abraham Lincoln with an animated figure on display at the New York World’s Fair.

Until the mid-90s, most presidential tributes have been silent, but the official Disney announcement felt the need to underline that the Trump animatronic also speaks, like all other presidential animatronics since the 90s.

Thoughts that spring to mind:
Does it yell”Pay for the wall!”?
Can it write “But her emails?”
Will it star in Robots vs Bears Ears National Monument?

Well, we should be grateful: at least this puppet can’t tweet.