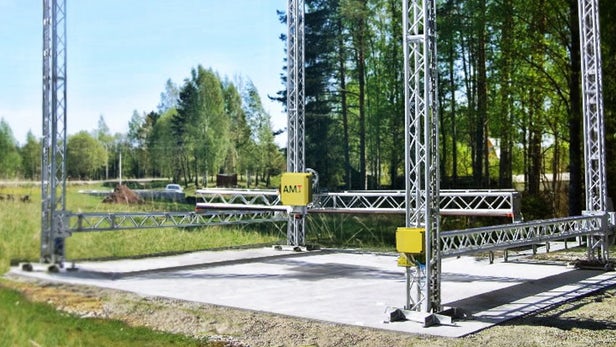 Russian firm AMT Spetsavia unveiled a 3D construction printer. Yes, an actual printer that can make actual buildings. In theory, the S-500 is capable of printing a 23-story tall building. 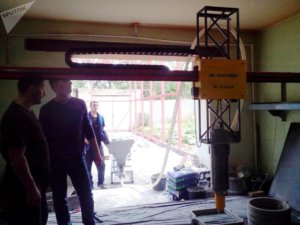 The machine can operate in a corridor that is about 5-feet wide and 38-feet long, so it does not require a lot of space to set up and it can print at a rate of 2,5 cubic meters of concrete per hour.

By default, it stands at 50-feet tall, but it is capable of getting as high up as 263-feet. Of course, just because it can build on such a scale, it doesn’t mean that the structures erected will be structurally safe. More testing need to be done before it will be available on the market.

The 3D Printer in action, building up a house in Yaroslavl, Russia

The AMT Spetsavia also the S-300, a model designed to build smaller buildings of one or two stories tall, which is ready for shipping later this year.

The printer’s building abilities does come as a surprise for most of us, but let’s not forget that 3D printing is becoming more widely available in various areas, like medicine, food and robotics.

We won’t be surprised if, in the near future, we will be able to print out entire neighborhoods in just a few days.