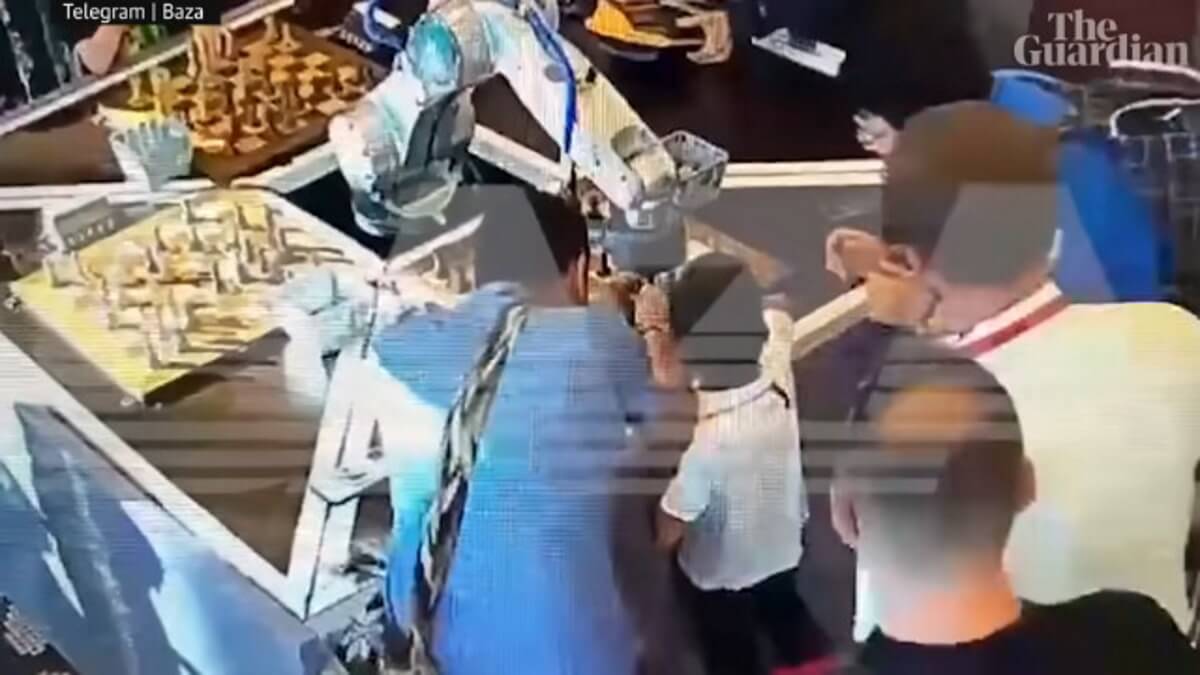 Real life is often stranger than fiction and, at first glance, this case is doubly so.

A seven-year old child’s finger was broken last week at the Moscow Chess Open by a chess robot.

It’s an incident that horrified watchers and will make you wince once you see the video but Russian officials, always the pragmatics, chose to blame the child’s impatience for the accident.

In what sounds like the chess version of Ivan Drago saying “if he dies, he dies”, Sergey Lazarev, President of the Moscow Chess Federation, placidly told Russian news agency TASS that “the robot broke the child’s finger. This, of course, is bad.”

The chess robot which played at the Moscow Chess Open was nothing more than an industrial robot arm that was customized to play chess.

*Story photo is a screengrab from the video above.

To distance the organization from the incident, Sergey Lazarev offered this explanation:

“The robot was rented by us, it has been exhibited in many places, for a long time, with specialists. Apparently, the operators overlooked it. The child made a move, and after that we need to give time for the robot to answer, but the boy hurried, the robot grabbed him. We have nothing to do with the robot.” https://tass.ru/sport/15280405?

Going one step further, Sergey Smagin, vice-president of the Russian Chess Federation, chose to engage in a bit of victim blaming as well.

“There are certain safety rules and the child, apparently, violated them. When he made his move, he did not realize he first had to wait,” he told a news channel, as reported by The Guardian.

Fortunately, the injured child recovered quickly and continued playing in the tournament, albeit wearing a cast.