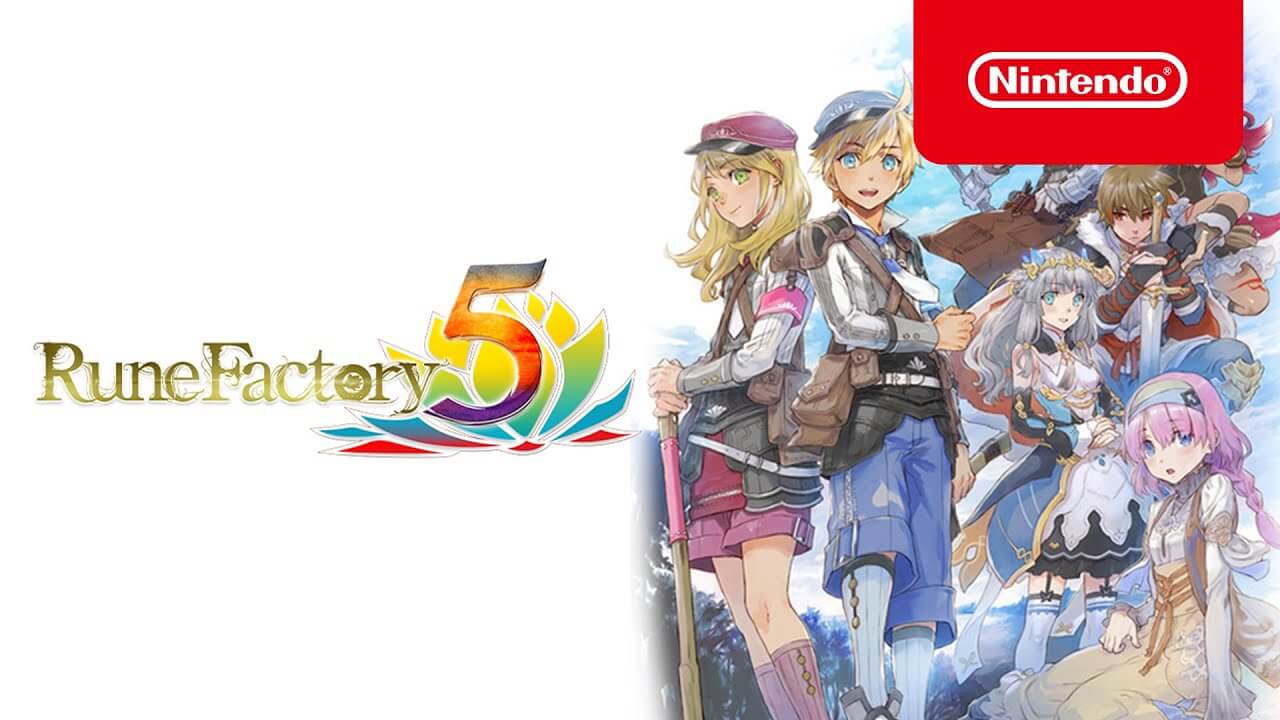 Rune Factory 5 is not a basic game. The Nintendo Switch and PC title is a farming simulator, life sim and fantasy RPG rolled into one. All that content makes the game great but also intimidating for newcomers.

There are skills to level up, monsters to defeat and tame, recipes to craft, characters to befriend, and dungeons to explore. Add to that full-fledged farming, and that’s enough mechanics to scare some casual gamers away.

Don’t let that keep you from delving into this fantastic game. Instead, check out this starter’s guide to Rune Factory 5 which will make things easy. You can also get some gaming products at offgamers.com to make the experience less daunting as well.
Anyways, we’ve broken down the game into separate mechanics to help you, with each section filled with tips and tricks. With our help, you will go from an amnesiac to the greatest farmer-warrior in all of Rigbarth.

If you’re experienced with farming games, you know the importance of planting the right crops. But if you’re a beginner, it is even more crucial that you learn the crops and the right seasons for them. Worry not! Livia at the Outpost can tell you crops that are suitable for the current and next week.

While you can grow any crop in any season, the seasons can be harder or easier for them to grow in. In the right season, they will grow at a 1.5x rate. In the wrong season, at 0.5x. A bountiful harvest can also get you additional items. A pro tip: plant potatoes during spring and ship them in the container for extra profit.

But where do you get the tools? Check out the bulletin board and complete the early-game requests. Not only can you unlock some farming tools by completing these easy quests, but you can also get farming equipment such as a Fertilizer Bin.

While combat isn’t super deep, Rune Factory 5 allows a bit of variety. For weapons, you can choose hammers, one-handed and two-handed swords, or even go melee with gloves. Enemies range from the cutest animals to dragons with two heads. You can grind early in the game to boost your combat stats.

By using the right stick or middle mouse button, you can auto-lock on an enemy. Toggling this will help you clear out mobs. You can also use magic, but spells need tons of RP and recharge time.

Taming monsters will make your life in Rigbarth easier. Tamed monsters produce useful items which are useful for cooking, crafting, and shipping. For example, Buffamoos and Cluckadoodles produce Milk and Eggs, respectively. These items can also help you complete your recipe books. You should tame one monster per material.

But how do you go about gaining a monster barn? You need to clear the first dungeon, Whispering Woods, and defeat its boss. You should also befriend a Farm Dragon to construct a barn. It is possible to tame a monster by using a brush and giving it something it likes, or with grass and herbs.

After building the barn, you can tame a Cluckadoodle, a Buffamoo, a Wooly, a Chipsqueek, and an Insect. The monsters can also help take care of your farm. Their affection rate needs to be raised to three before you can assign them farm tasks.

The player can also tame bosses in Rune Factory 5. The Nine-Tailed Fox is the first boss you can defeat. You can use the Bell it drops as a taming gift, after which you can ride the powerful beast even in dungeons.

Like any great RPG, Rune Factory 5 is about leveling up. You can level up almost any skill; crafting, forging, walking, and even sleeping. But we will talk about the three important things you need to learn to level up early on.

While farming, you need to know how to level up your seeds. There are a great number of crops and seeds you will collect. The higher the quality, the higher the price your crops will command. But you can also level up your seed for a higher quality plant. Instead of simply harvesting your fully grown plant, you need to harvest it with a sickle. Doing this will drop a seed, which will be a level higher than the original plant.

Once you ship a crop or a flower of a certain level, the General Store and Ludmilla’s flower shop will also start selling items of the same quality.

We recommend finding and levelling up the Cure Rune Ability. This spell restores your HP for the cost of some RP.

Levelling up a companion will make them join your party for expeditions. Just raise a character’s friendship level to three and they will follow you into battles. Other than the player character, you can have three companions in a party. You can also equip the ​​Companion Crest for a character to come with you.

In conclusion, Rune Factory 5 is a deep game with many mechanics and items. More than half the fun is figuring stuff out on your own. But we still want to leave you with some beginner tips which you should turn into habits.

Accept as many requests on the bulletin board as possible, as they are the easiest way to gain items. Use dungeons to find valuable items which will boost your earnings. After hitting Level 25, sleep just before 1 AM as going to bed any later results in fatigue.

And buy a Magnifying Glass for 2,000g to make farming easier. When used while farming, this tool can show you stats such as the soil quality and the perfect time to harvest your crops.

We hope our beginner’s guide makes your next Rune Factory 5 adventure easier and more memorable!