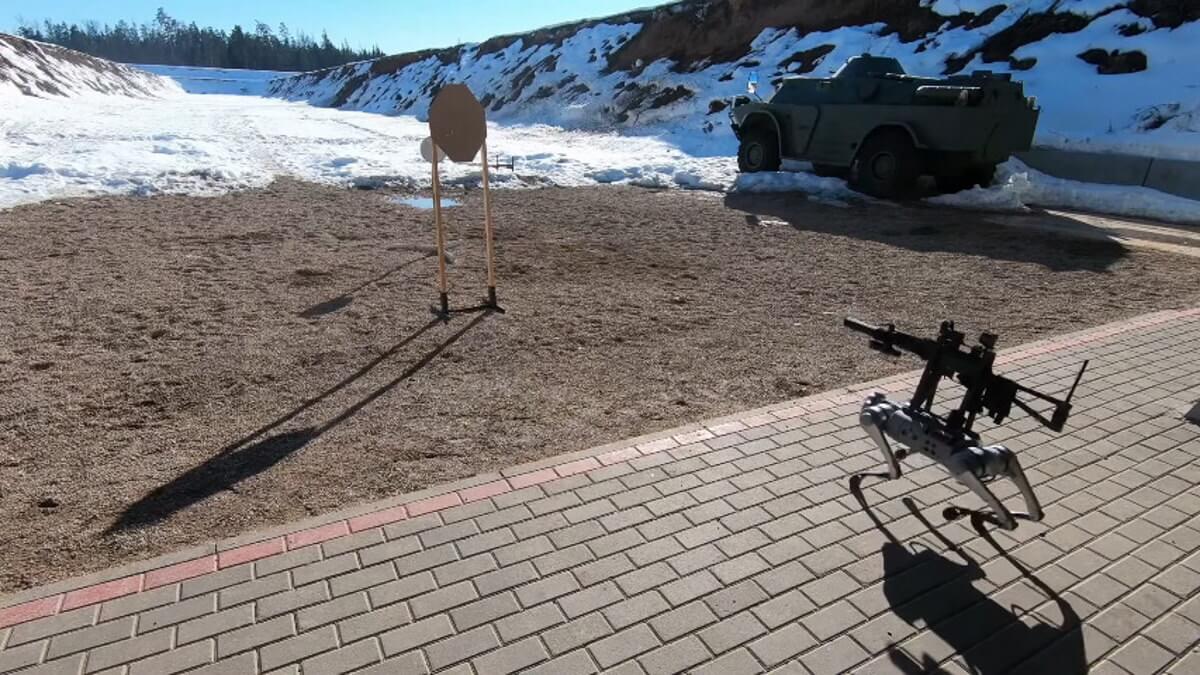 The next weapon of war or simply a bored person with too much disposable income?

A video of a robotic dog carrying a submachine gun started making the rounds online but panic not, it’s not Boston Dynamics’ Spot the Dog finally going the way of Black Mirror.

Instead, this is the work of a Russian who did it as a hobby presumably.

He tied a Russian-made submachine gun to a robot available on AliExpress for anyone to buy, added some Russian insignia and nicknamed his weaponized robot dog “Skynet”.

While if you watch the video you’d think the Russian military started training robot dogs to send to the battlefield, this could be just another piece of propaganda.

Vice dug around to find out who is responsible for the $3,000 AliExpress robot dog carrying a Russian PP-19 Vityaz submachine gun.

“Finally, there’s the account the video originally appeared on. Before making its way to Twitter, the video of the dog was posted to the YouTube account of Alexander Atamov on March 22, 2022. Atamov is listed on his LinkedIn profile as the founder of “HOVERSURF” and his Facebook page lists him as living in Moscow. He posted a picture of the robot dog on March 21. According to Facebook’s translation of his post, he called the dog Skynet,” reports VICE.

On his LinkedIn profile, Atamov writes about himself that  he has ”been the subject of numerous Russian-language newspapers, television news stories on major Russian channels such as Russia Today and Russia 24, and his image has appeared on the cover of many Russian-language magazines.”

Guess he’s going to add one more press mention to his list!

Right now, the only officially weaponized robot dog is the creation of defense contractor Ghost Robotics.

The most famous robot dog, Spot, will not be weaponized, according to the statements its makers released last year after someone did try to make it scarier.