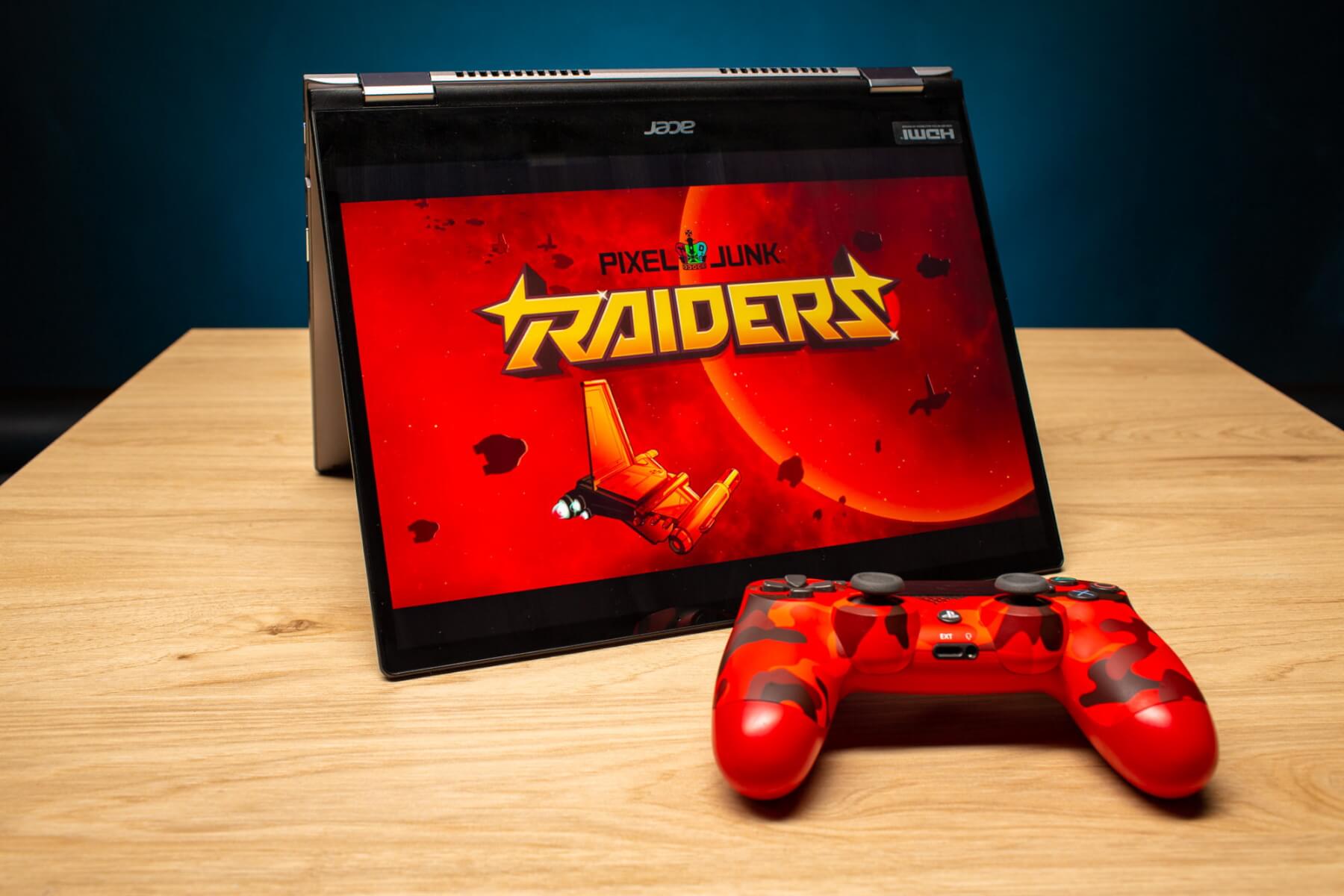 Chromebooks have the reputation of being low-end laptops with basic hardware, designed only for kids’ or students’ classrooms – and often, they are just that. However, today we’re reviewing another beast entirely. The Acer Chromebook Spin 713 has hardware comparable to most mid-range laptops today, which ensures it is future-proofed for at least a few years to come.

Pair this with a rugged construction and a generous display perfect for most productivity tasks, especially handling large volumes of docs or spreadsheets, and you have one of the best 2021 Chromebooks. Coming in at just $555, it’s an overall best-buy laptop in 2021.

By the end of our time with it, we actually preferred this Chromebook to our regular ultrabook, and not just because it’s a convertible Chromebook with a sturdy 360-degree hinge.

After 2 weeks of testing, we were impressed with its display, which defies conventions by having a 2256×1504 (200 ppi) resolution.

The 13.5-inch touchscreen is more closely related to the 4:3 format than the regular 16:9 aspect ratio good for movies – it’s actually 3:2 and you’ll probably end up loving it.

Thanks to the extra vertical space, the Spin 713 truly shines during regular office tasks.

Doing research or editing endless spreadsheets is a lot easier thanks to the larger screen, and the dedicated multitasking buttons on the keyboard make it easy to jump from app to app. We particularly appreciated being able to hold a video call on most of the screen and having a chat app and email open underneath.

The display quality is also pretty impressive. Even in bright sunlight, browsing on the beach, the colors were bright and the details were sharp.

There’s Gorilla Glass on the screen, so you won’t have to face fingerprints in tablet mode or when using the stylus. Since the chassis is built with a lot of futuristic and sharp edges, holding the Spin 713 in the tablet position is a bit clunky and uncomfortable.

The Chromebook is also somewhat heavy. It weighs 1360 grams, so, if you want to use it as a tablet or drawing board, you’ll have to keep it in your lap or positioned as a tent.

Since it’s a Chromebook (obviously runs ChromeOS) without a fancy NVIDIA GPU, there isn’t a bit variety of games on it. You won’t be blown away by the details in Forza 4, for example, because you won’t be able to install it.

However, we did try a couple of games here and there.

We downloaded PVZ 2 from the Play Store to indulge into an all-time favorite, tried LoL’s Teamfight tactics and hopped on Google’s cloud gaming service Stadia to do a couple of Hitman missions.

As we mentioned before, unlike most Chromebooks, the Acer Spin 713 has plenty under the hood to future-proof it.

Our unit came with an Intel Core i3 processor but the final retail option will be available up to i7. Paired with 8GB of DDR4 RAM and an 128GB PCIe NVMe SSD, we found that this Chromebook was up to the task for mostly every work-related task we threw at it.

It handled video conferencing, large spreadsheets, a few hours of gaming and a lot of movies without heating up or slowing down.

Sound-wise, we found it better than most laptops. Acer says they used a built-in SmartAmplifyer and DTS technology to boost the sound – so much so, it can be up to 256% louder than other laptops on the market.

We can’t put that claim to the test but we can confirm it sounds superb for a laptop… and excessively loud. If you slide the volume to the max, anyone else in the room will have a tough time focusing on anything else. On the beach, however, this loud and crisp sound is incredibly useful.

We used the Spin 713 to watch Netflix right by the waterside and kept the volume at 70% – the dialogue was clear and the ambient music in the background came through, despite us being in a place with plenty of noise.

We were equally impressed by the 56Wh battery as well. As we mentioned before, this review unit was put to the test as a machine designed for people working remotely – so it was tested at home, in the car, at the beach and on various trips.

We witnessed the worst battery performance, if it’s fair to call it “worst”, while playing Stadia games. Here, the Spin 713 could only handle 3.5 to 4 hours of nonstop gaming before the battery drained entirely.

For regular tasks, like jumping from emails to calls, editing some photos or uploading content online, the unit we had was a workhorse – more than 10 hours of battery life, easily, with the screen at 40% brightness. After two hours of playing music videos on YouTube with max volume, this laptop still had around 85% battery.

It’s a sharp, sleek device with a metal chassis and, according to Acer, it passed MIL-STD-810H durability testing.

That means that you’re looking at a rugged Chromebook here, one capable of handling both high and low temperatures, drops or vibration, sandy or dusty conditions, and even solar radiation.

The Spin 13 is one Chromebook you can take off your desk and on your adventures without worrying about it. We only tested it at a beach and it performed beautifully, even after spending a couple of hours in full sun.

In tablet mode, it’s a little bit clunky, but it could handle a beach read and some regular email checks, while the tent position was fantastic for watching Netflix.

Despite the insides being all plastic, the keyboard feels solid, even when it’s on the exterior – tablet mode.

While it doesn’t have any eye-catching features, it’s very comfortable, with slightly raised and satisfying clicky keys, and we were happy to find a snappy fingerprint reader alongside it.

In terms of connectivity, we were happy to see no ports were sacrificed in the name of design.

You have your HDMI on the left hand side right next to the 3.5 mm headphone jack and two USB-C ports with Thunderbolt 4 support.

On the right hand side you have an USB port and a microSD slot and there’s WiFi 6 and Bluetooth 5.0 on board to complete the list.

All in all, it’s hard to find fault with this particular device. As far as Chromebooks go, the Acer Chromebook Spin 713 is definitely one of the best options in town, with higher end hardware and the versatility offered by the 360 degree hinge.

This is one Chromebook you can give to a child or a teen to log on to their classroom but parents will probably want to take it for a spin as well.

If your workplace has you using mostly Google services, the Acer Chromebook Spin 713 is the perfect fit.

The sturdy but not bulky build, the extra long battery life, the impressive sound and the versatility of a convertible laptop work fantastic in this new landscape.

When you can work remotely from a cafe or on the beach and your personal life / workday boundaries shift on the daily, it’s nice to have a device that can keep up.

If you had preconceptions about Chromebooks, the Acer Chromebook Spin 713 will help you leave them behind.