AirFrance Will Offer High-Speed LiFi On Its Flights Soon 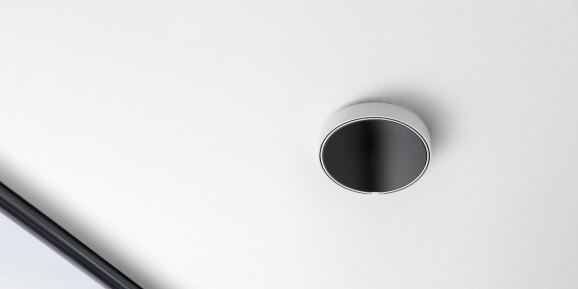 In-flight WiFi, if the company you’re flying with even offers it to begin with, will definitely keep you occupied throughout the duration of your flight. But not because you’ll actually manage to do something useful with its help but because it usually barely works at all.

If you ever had to deal with in-flight WiFi, you know exactly what I’m talking about: websites and pictures won’t load, your Facebook Messenger chats will not send and forget about watching YouTube videos. You’ll only keep yourself entertained by waiting to see when the next bump in signal will come around your way.

There’s still some hope for airplane internet connections thanks to the emergence of 5G, as Gogo recently announced its plans for a 5G in-flight network, but we’ll have to wait for 2021 to see it happen.

Until then, what’s the alternative?

Abu Dhabi-based company Oledcomm might come to the rescue, at least on Air France and KLM flights, by making high-speed LiFi available on their airplanes flying at 30,000 feet.

Well, WiFi uses electromagnetic waves to transmit data but LiFi uses light transmission to achieve that, which means it works much better in dense environments as light doesn’t really get that much interference.

“LiFi is ideal for the aerospace industry and it enables us to show we are no longer at the research stage but are already creating high added value business applications,” Oledcomm chairman Benjamin Azoulay said in a press statement “LiFiMax is the result of more than 10 years of research. We have worked to create a product based on the new communication standards and offer companies unprecedented security and speed in wireless internet.”

Since light doesn’t penetrate through the walls, there’s people who argue that it’s actually more secure than WiFi or Bluetooth will ever be and that it’s well-suited to environments where minimizing wireless interference is a top priority.

However, one of the biggest problems with it is that it operates at a much shorter range.

The LiFiMax from Oledcomm for example only has a maximum range of 92 feet. It’s pretty fast, averaging speeds of 40 Mbps to 100 Mbps but it also costs more than WiFi as one single pack that comes with a transmitter and receiver can cost as much as $900.

A five-dongle LiFiMax Office will also become available but the price for that device has not been released yet.

Oledcomm says that the LiFiMax will soon become available on a number of yet unspecified Air France routes but the company did not mention if the passengers will have to purchase any compatible receivers in order to be able to access it.