New Report: Scientists Can Now Use WiFi to 'See' People Through Walls 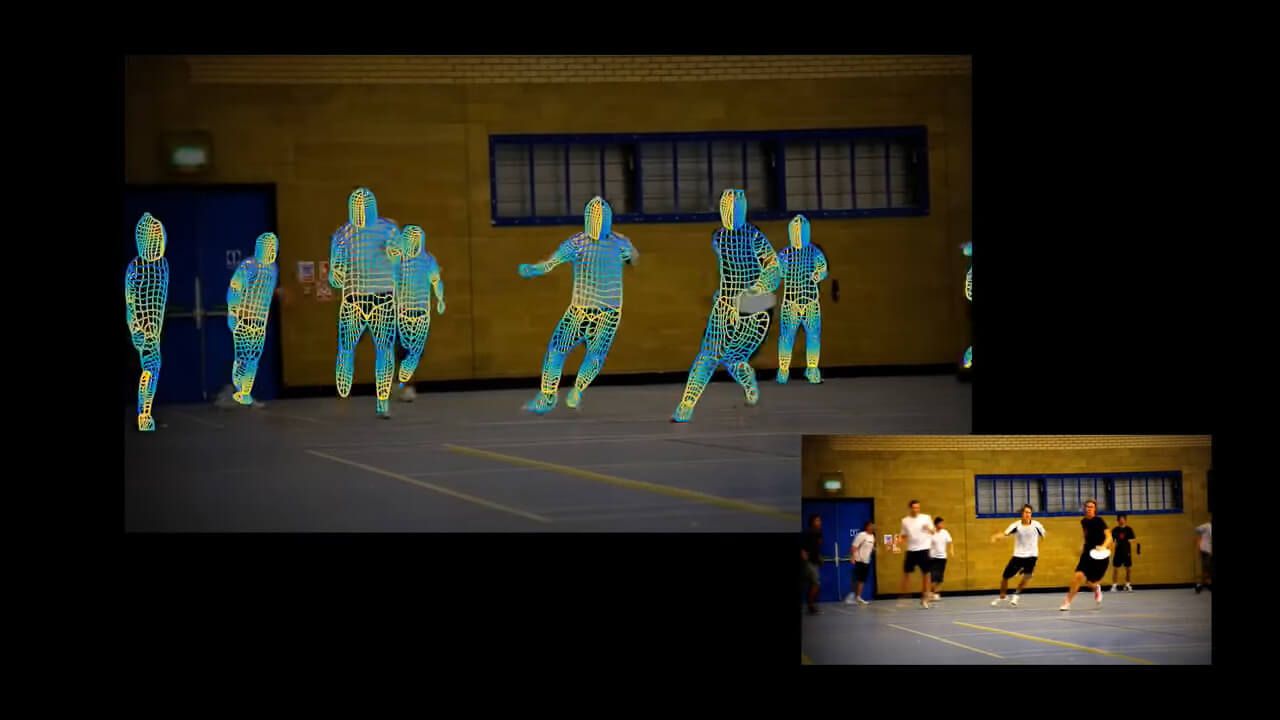 New Report: Scientists Can Now Use WiFi to ‘See’ People Through Walls

Researchers at Carnegie Mellon University managed a breakthrough that will make privacy-conscious people turn their homes into a Better Call Saul-style Faraday cage.

A new report from Vice reveals that researchers at Carnegie Mellon University found a way to detect the 3D shape and movements of people in a room using only WiFi routers, with no cameras or LiDAR.

“To do this, they used DensePose, a system for mapping all of the pixels on the surface of a human body in a photo. DensePose was developed by London-based researchers and Facebook’s AI researchers. From there, according to their recently-uploaded preprint paper published on arXiv, they developed a deep neural network that maps WiFi signals’ phase and amplitude sent and received by routers to coordinates on human bodies. Researchers have been working on “seeing” people without using cameras or expensive LiDAR hardware for years,” writes the outlet. You can see an image from DensePose in the photo above and find out more about the system in the video below, then see how that system is used by this new invention.

“The Carnegie Mellon researchers wrote that they believe WiFi signals ‘can serve as a ubiquitous substitute’ for normal RGB cameras, when it comes to ‘sensing’ people in a room. Using WiFi, they wrote, overcomes obstacles like poor lighting and occlusion that regular camera lenses face,” adds Vice.

Interestingly enough, the Carnegie Mellon researchers say that this invention is actually progress for privacy rights.

““In fact, most households in developed countries already have WiFi at home, and this technology may be scaled to monitor the well-being of elder people or just identify suspicious behaviors at home,” the researchers say.

What do you think, would you rather have your home under video surveillance with a camera or would your router do the trick? Personally, since I’m experiencing a bit of fatigue trying to minimize privacy-infringing tech in my home, I’d probably stick to my beloved and cheap Tapo to keep an eye on the pets.

New Report: Scientists Can Now Use WiFi to ‘See’ People Through Walls