Amazon Releases Echo Show, So You Can Ask Alexa To Take Calls For You - TechTheLead 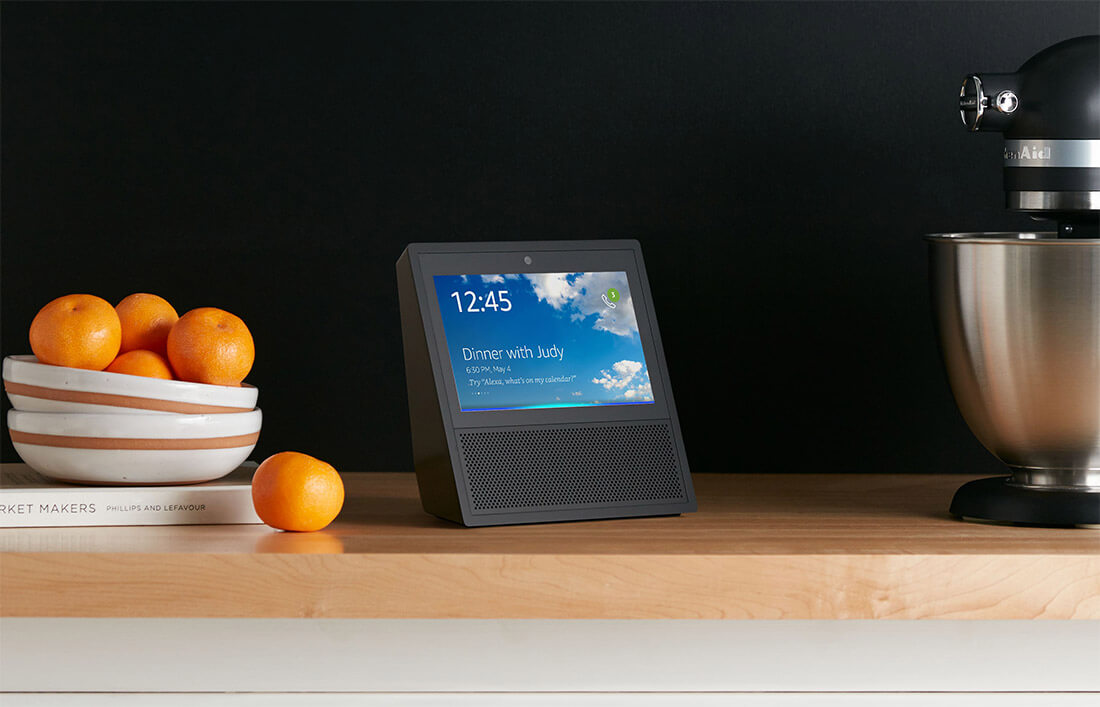 Just as we were discussing Microsoft’s and Harman Kardon’s new home device that can take calls, unlike Amazon Echo – Jeff Bezos’ company announced Echo Show. With this device, Amazon not only enables Alexa to make and take calls for you, but they are in video form, too. Plus, as you can imagine, the presence of a screen on an Alexa home device unleashes many more possibilities #objectmagic

Echo Show is a Wi-Fi home device from Amazon that ditches the cylindrical design for a frame-inspired one that holds a seven-inch screen. This significant add-on allows the device to make and take video calls with your friends and family but also, check YouTube videos, see music lyrics, access your home security cameras and photos (Echo Look, anyone?) and why not, visualize your to-do lists. That said, it still lets you use Alexa skills that don’t carry a video component.

Again, Amazon is letting you access all your other home devices and smartphones hands-free, through Alexa. The video calling service is not possible thanks to “her”, too. Alexa Calling is the service Amazon released in the same time as this new device. As the name suggests, it allows you to use any Echo gadget to make free voice calls and send messages. Basically, Harman Kardon’s Invoke isn’t unparalleled anymore.

As Invoke, Echo Show has an improved audio system. Amazon has equipped it with Dolby-powered speakers and eight microphones, which could make it top of the line. We haven’t tested it yet, but you can. Pre-orders are already available in the United States. The price of one Echo Show unit is $229.99 and shipping starts June 28.