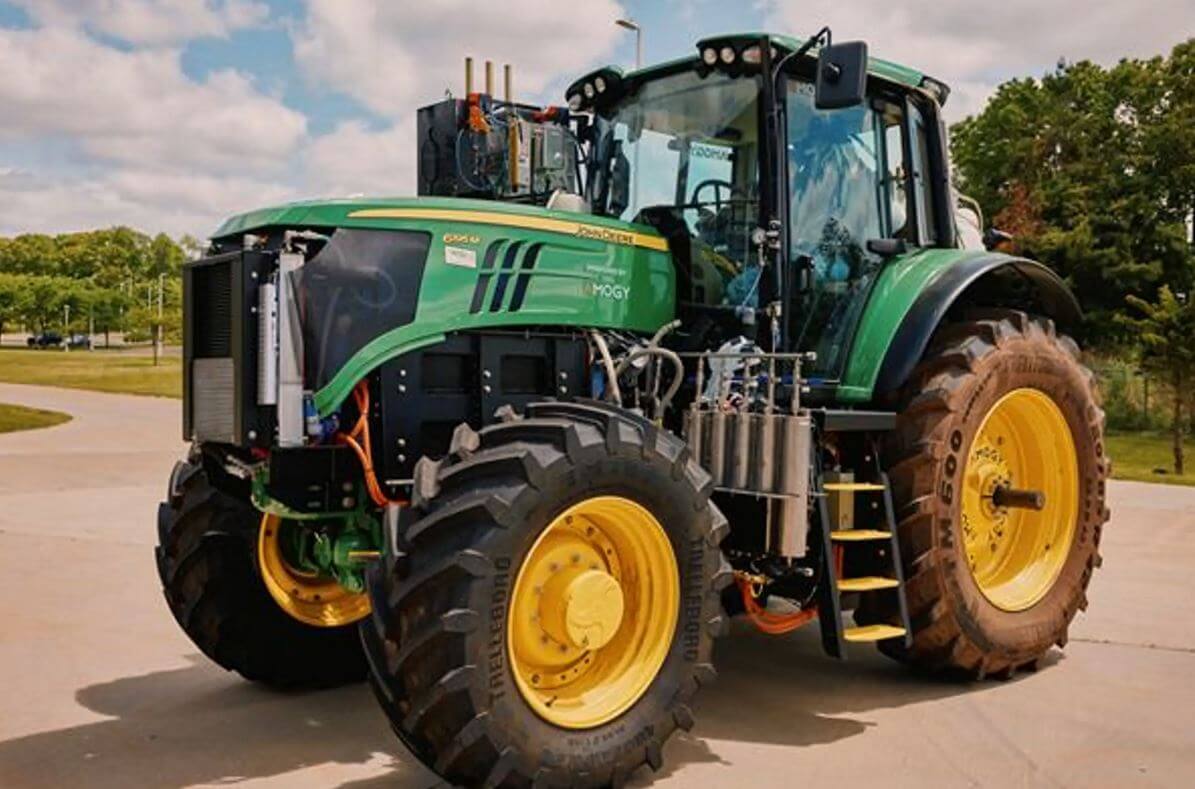 In a move that could cut down a lot of the carbon emissions generated by agriculture, John Deere presented the world’s first ammonia-powered, zero-emissions tractor.

A regular tractor in all other respects, this tractor gives up the traditional diesel engine in exchange for an “ammonia to power” system developed by Amogy.

The startup turns anhydrous ammonia, an energy-dense chemical already widely used as fertilizer, into hydrogen, which powers an 100 kW hydrogen fuel cell which entirely powers the tractor. Using Amogy’s installation with a 60 gallon tank of ammonia, the John Deere tractor can work for several hours.

Previous efforts saw tractors burn a mix of diesel and ammonia, which  cuts down on carbon dioxide emissions but not entirely.

While the system looks promising, the Amogy team still thinks there is much room for improvement in terms of sustainability.

“As we continue our work to lead innovations in ammonia-based fuel solutions, the Amogy team believes this demonstration and future ones, including Class 8 trucks and shipping vessels to be demonstrated in the next 12 months, will accelerate the adoption of ammonia as the next generation fuel to replace polluting diesel engines with an emission-free solution among transportation industry sectors and investment partners,” said Seonghoon Woo, Amogy’s CEO, as quoted by ArsTechnica.