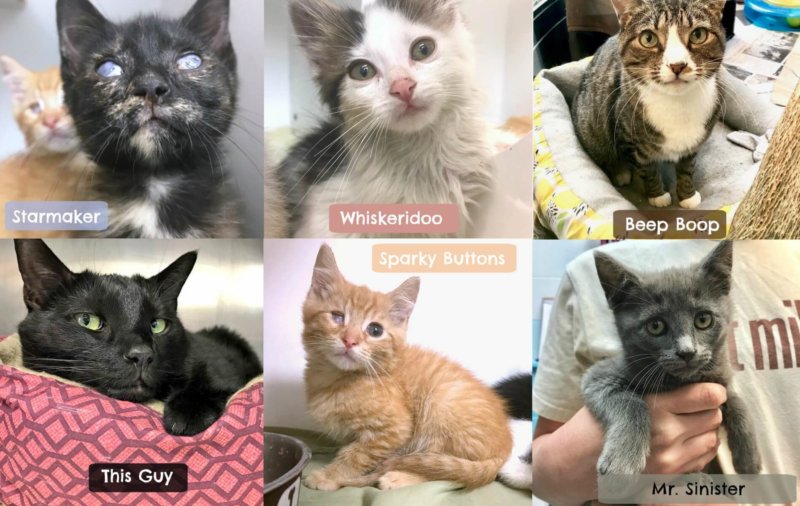 I’ll be the first person to admit that funny cat names instantly give me at least +10HP and most of them are usually related to either the way the cats look, a habit they have or just their overall character. And we all have to admit cats are something else when it comes to having a mind of their own.

However, something that doesn’t really know what a cat is would have problems naming one and I’m talking about artificial intelligence here.

The Morris Animal Refuge in Philadelphia decided to collaborate with research scientist Janelle Shane to raise interest in the kittens still available for adoption at the shelter in a very innovative way: they got an AI to name them.

Shane’s AI started from scratch with no knowledge of either English or the context for the combination of the words it was delivering.

It went on to predict the letters that might be found in cat names and in what order and from there on, the results ranged from the adorable all the way to names that made no sense or were downright unfortunate, as was the case with Hurler, Trickles and Retchion, for example.

To avoid these things from happening, she added a list of over 8,000 existing cat names the AI could work with and learn from the that next batch of names was somewhat better, though it still came up with names like Scat Cat Butthole, Fudge Putty and downright BUTT in all capitals, but we all make mistakes, I guess.

Warning Signs, Bones of The Master and Kill All Humans were apparently also some of the other options that were scrapped. Some of us might actually argue that those are perfect cat names.

However, some of the cats did get named by the AI, that’s how we ended up with Sparky Buttons for a kitten with eye damage and Whiskeridoo, whose name actually seems quite fitting, considering his long whiskers and frazzled fur.

Another spot-on name was for Starmaker, a kitten who got an eye infection which, after it healed, left it with cloudy eyes that truly look like it is staring out beyond the galaxies.

This is not the first time The Morris Animal Refuge used AI-generated names to boost adoptions: they previously allowed AI to name their guinea pigs and ended up with monikers like Spooty, Snofer, Biinshecklesseon and pretty metal names such as Deathlike Destroyer and Death Snifs.

By the looks of it, in the case of the kittens, it has worked: the adorable Mr. Sinister got adopted just a few days ago.

If you want to read more of the names the AI came up with, you can head directly to Shane’s page for inspiration and hopefully you too, if you were happening to be looking for a pet, will be inspired to adopt a kitten.