New MacBook Air Is Thinner, Lighter, and Starts with Much Higher Specs

Months of rumors and leaks are now ending, with Apple unveiling, as expected, a thinner and lighter laptop with 2019-ready specs. 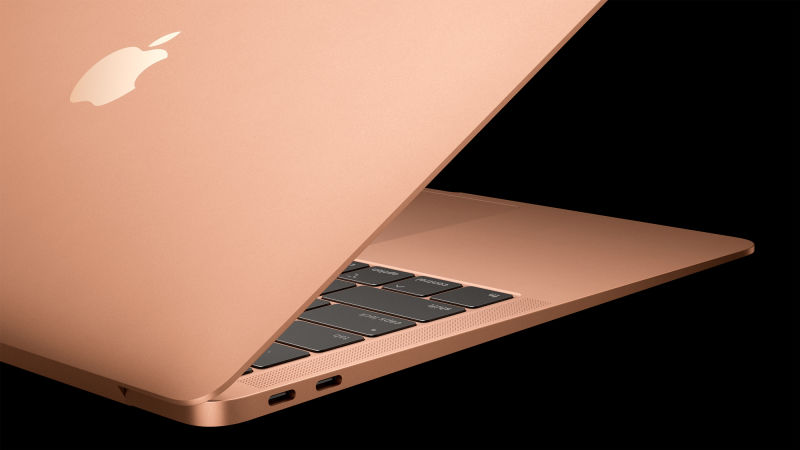 On the specs front, the new MacBook Air is powered by an eight-generation Intel Core i5 processor and can be upgraded to up to 16 GB of memory and 1.5 TB of SSD storage. The base MacBook Air model that retails for $1,999 comes with 8 GB of RAM, the Core i5 Processor and a 128 GB SSD.

All that power doesn’t come at the expense of battery life, though. Apple says the MacBook Air of 2018 has a 12-hour battery life for regular usage and, for video watching, can go to up to 13 hours.

In terms of security, the power button at the top was replaced by a Touch ID button. Even better, Apple included the T2 security chip that will encrypt Touch ID data securely, on the machine instead of the cloud.

The only bad thing? The new MacBook Air has a butterfly keyboard. Thankfully, at least it uses the newest model.