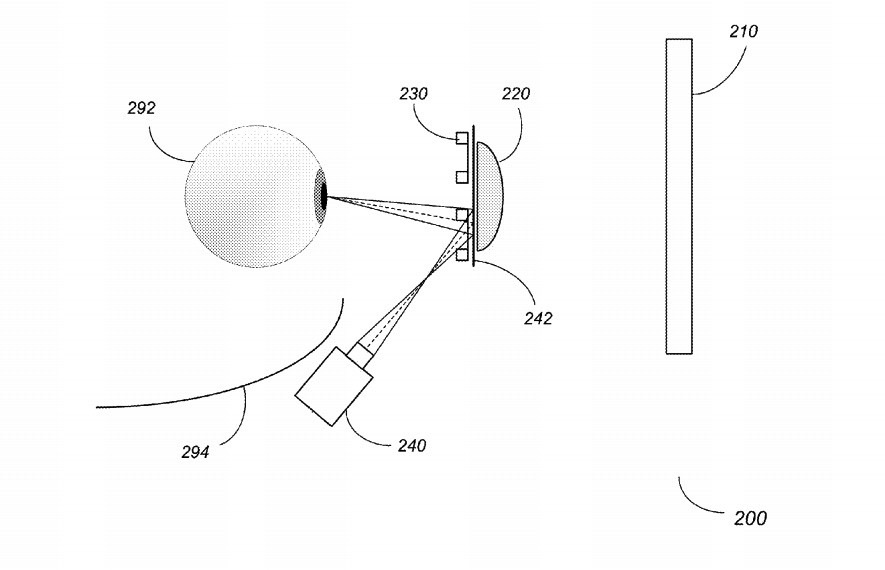 The list of Apple patents seems to grow every day! Various reports indicate that the company is working on Apple AR (augmented reality) glasses. Based on their latest patent, it looks like these glass could project iPhone content directly onto your retina.

The patent indicates that the wearable would reduce the effort to unlock the handset and turn on the display. Instead, the Apple AR glasses would connect wirelessly to the iPhone, just like the Apple Watch.

Apple Insider also discovered a patent for an “Eye Tracking System,” which would mean the AR glasses could support VR (virtual reality) content. The tech would be able to track your eye movements and adapt to offer you a more immersive experience:

“For example, virtual reality systems may display stereoscopic scenes to users in order to create an illusion of depth, and a computer may adjust the scene content in real-time to provide the illusion of the user moving within the scene. When the user views images through a virtual reality system, the user may thus feel as if they are moving within the scenes from a first-person point of view.

Similarly, mixed reality (MR) combines computer generated information (referred to as virtual content) with real world images or a real world view to augment, or add content to, a user’s view of the world. The simulated environments of VR and/or the mixed environments of MR may thus be utilized to provide an interactive user experience for multiple applications, such as applications that add virtual content to a real-time view of the viewer’s environment, interacting with virtual training environments, gaming, remotely controlling drones or other mechanical systems, viewing digital media content, interacting with the Internet, or the like.”

However, this doesn’t mean we’ll see Apple AR or VR glasses anytime soon. It just means that Apple is focusing on the future and developing innovative products to bring to the market in addition to their smartwatches and phones. As the Intel Vaunt recently shut down, the Apple AR glasses could be one of a kind.