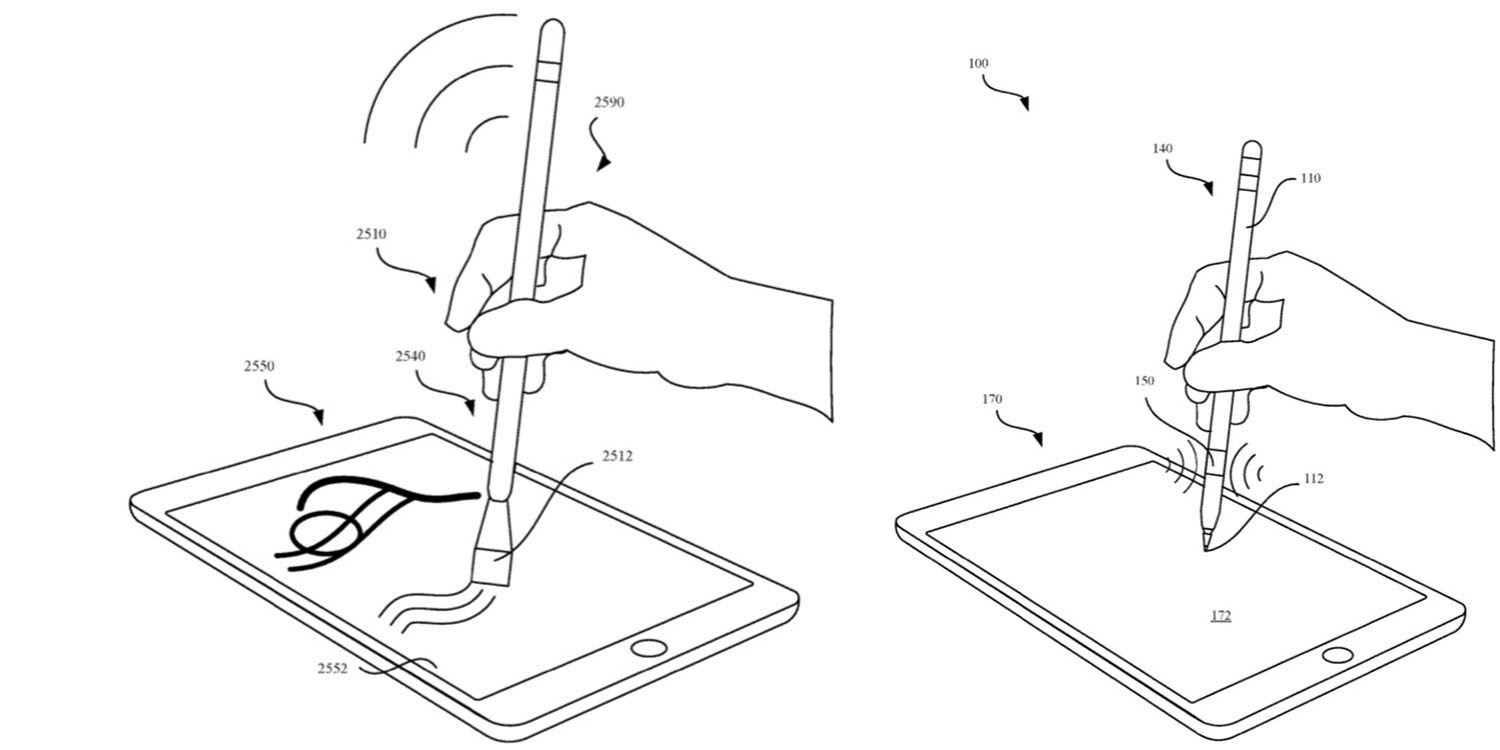 Apple was granted a new patent today which shows a future version of an Apple Pencil which features an interchangeable tip that could be used as a paintbrush.

The patent first acknowledges the fact that the current Apple Pencil has its limitations when being used as an artistic tool then details how an interchangeable tip might change that. The paintbrush attachment would also measure the flex degree in each bristle and that’s where the magic would happen.

In a nutshell, the iPad would control the paint flow in the image the user creates with the paintbrush by measuring the amount of flex in the bristles.

The patent also mentions how using haptic feedback could be used to provide different sensations from different types of tip such as pens, pencils or marker pens.

This addition would definitely be appreciated by artists, but there’s no way to tell yet if Apple actually plans to take the idea into mass production.