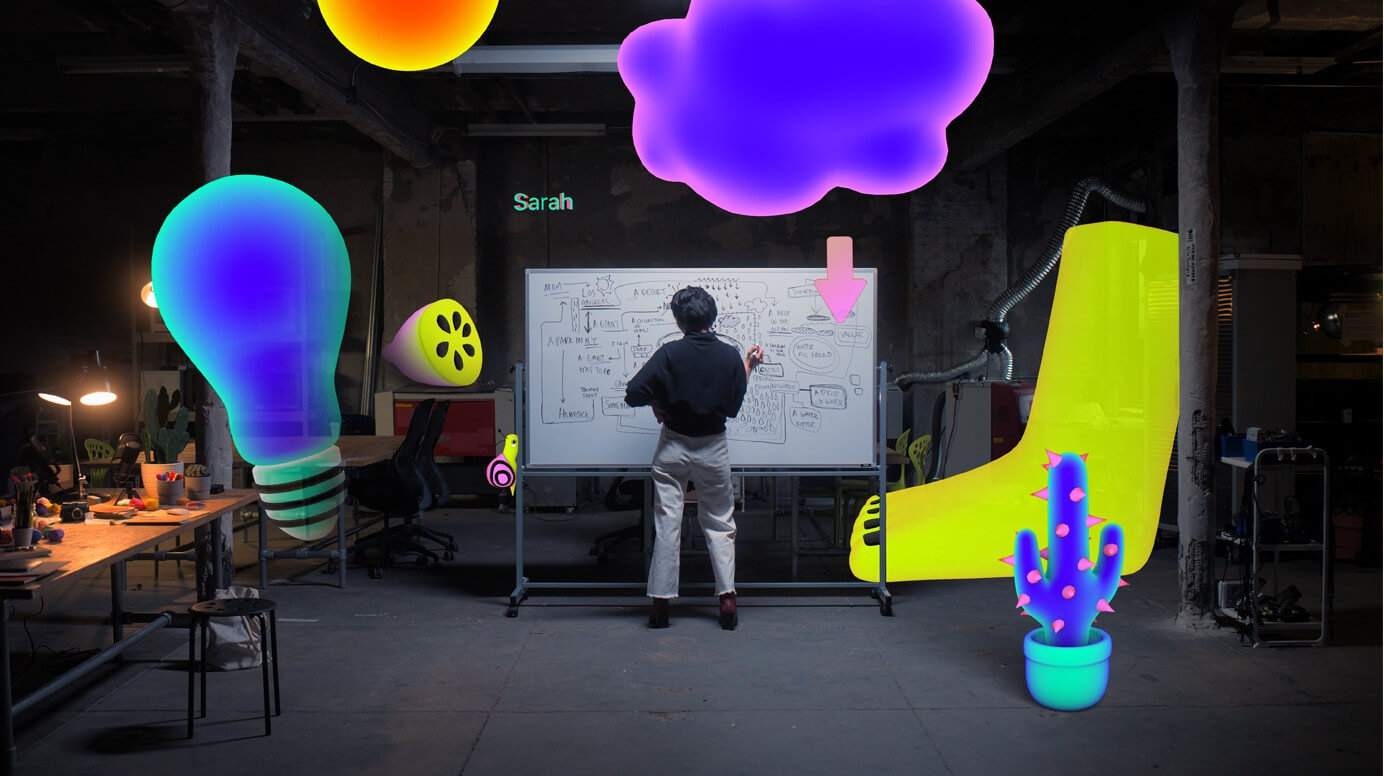 Apple has announced that it will bring art-based AR into the Apple Stores all over the world, including events like [AR]T Walks and educational sessions which the company dubbed [AR]T Lab. The experiences were developed alongside the New York City New Museum and will be completely free of charge.

The participants who will join the [AR]T Walks will be walked through augmented parts of cities like San Francisco, New York, London, Paris, Hong Kong, and Tokyo, where they will witness how different artists used AR to bring their art to the world in public spaces. Their art installations can be found in places like London’s Trafalgar Square, San Francisco’s Yerba Buena Gardens or New York’s Grand Army Plaza in Central Park.

The experiences are not all the same: some artists opted just to overlay graphics on top of the real world while others allowed the public to interact with them.

Artist Pipilotti Rist’s “International Liquid Finger Prayer” for example “bounces, taunts and sings as participants race to catch a shimmering form” while “Now at the Dawn of My Life“, created by John Giorno, takes them

One of the other artists Apple has worked with is Nick Cave, the man behind Nick Cave and The Bad Seeds, who created “Amass”, which allows the spectators to collect floating icons and create a “universe of positive energy right in the middle of an Apple Store”. Cave’s installation will be found in any Apple Store via the new [AR]T Viewer in the Apple Store app.

Nathale Djurberg, Hans Berg, Cao Fei and Carsten Höller are the other remaining artists who have worked alongside Apple to bring more color to real life places via augmented reality.

In addition to these art installations, the [AR]T Lab will also offer 90-minute educational sessions that have been developed by New Museum’s Sarah Rothberg. These sessions will allow the participants to learn how they can use the Swift Playgrounds app to create their very own AR experiences.

“Today at Apple offers a window into the creative arts made possible by our products and customers,” Deirdre O’Brien, Apple’s senior vice president of Retail + People has said. “We hope attendees are inspired by the incredible AR creations in the [AR]T Walk and in-store installation, and we can’t wait to see what our visitors learn to create in the [AR]T Lab.”

The sessions will become available as of August 10 and the to-be participants will have to visit the Apple website in order to register for them.