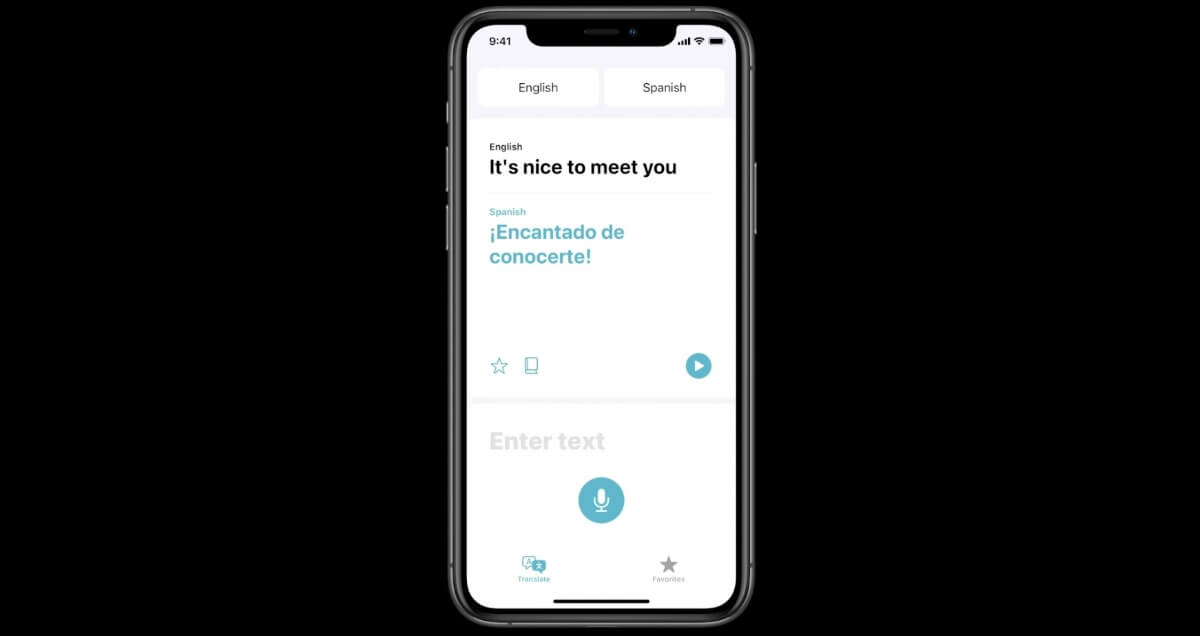 This year’s Apple WWDC conference might have been an online-only affair but the company didn’t hold back.

It would be easy to miss this bit of news among all the iOS 14 or the Apple Car Key, but this app is definitely one you’ll want to have on your next trip.

The Apple Translate app the company just revealed works with 11 of the most spoken languages, from English to Mandarin Chinese, Spanish or French, and it does it offline!

Next time you lose yourself in Rome and the map app can’t help you navigate the narrow streets, you can simply ask a local in their own language.

Everything is processed locally with the Neural Engine, so that means extra privacy as well, since Apple won’t receive your data and queries.

Because it works with speech or short written sentences, it won’t really replace Google Translate, so don’t expect it to translate complicated documents or pages just yet.

However, what it does have works great for conversational purposes.

You have a language selector, a record button, a text field and a dictionary in a simple interface.

Of course, Apple intends to expand that list further, so let’s hope the app is popular enough to become a priority to the devs.