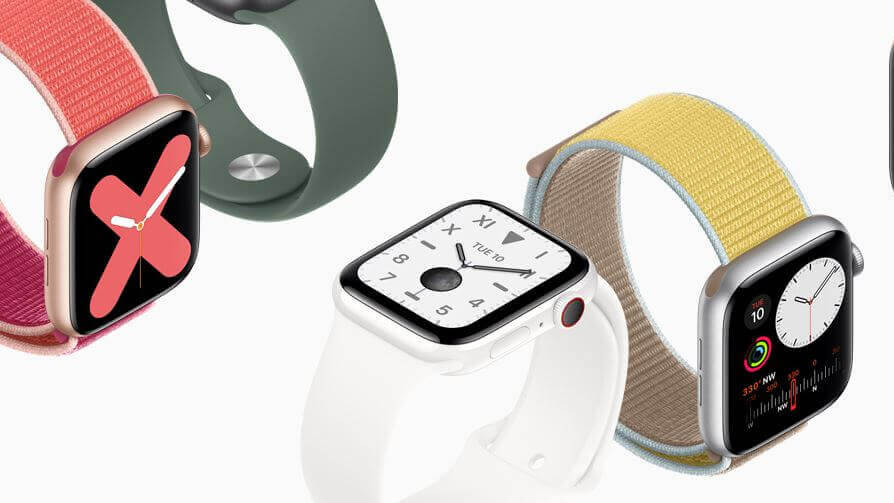 The next generation of Apple Watch has just been revealed. The Apple Watch Series 5 is quite similar to the previous Watch 4. However, the highlight feature of the new Watch 5 series is the Always On retina display.

Thanks to that, users will be able to check the time, for example, without needing to move the wrist like before.

The watch benefits from a new ambient light sensor, as well as a low power display driver, which helps to maintain up to 18- hour battery life.

On that note, you can easily see workout metrics without raising your wrist, something users have been asking for so long.

Due to the new display option, Apple has recreated the watch faces and workouts accordingly. Therefore, the screen stays on a low-brightness mode and switches to full brightness when your wrist is moved.

Among other features, there is the built-in compass that shows on any watch face, while the compass app allows you to see latitude, longitude, current elevation and incline. Also, emergency calling for international countries is included for the cellular version.

In terms of design, it surpasses its previous number of finishes by bringing two additional ones – the ceramic and titanium version.

WatchOS 6 will include the new Cycle Tracking app, letting you register important info like menstrual cycles, predict fertile windows, and so on.

The Noise app warns you which ambient sound levels like concerts or sporting events could negatively impact hearing.

The Apple Watch Series 5 can be yours starting 20th of September. If you choose the GPS version, the new Apple Watch will cost $399, while the cellular one is $499.