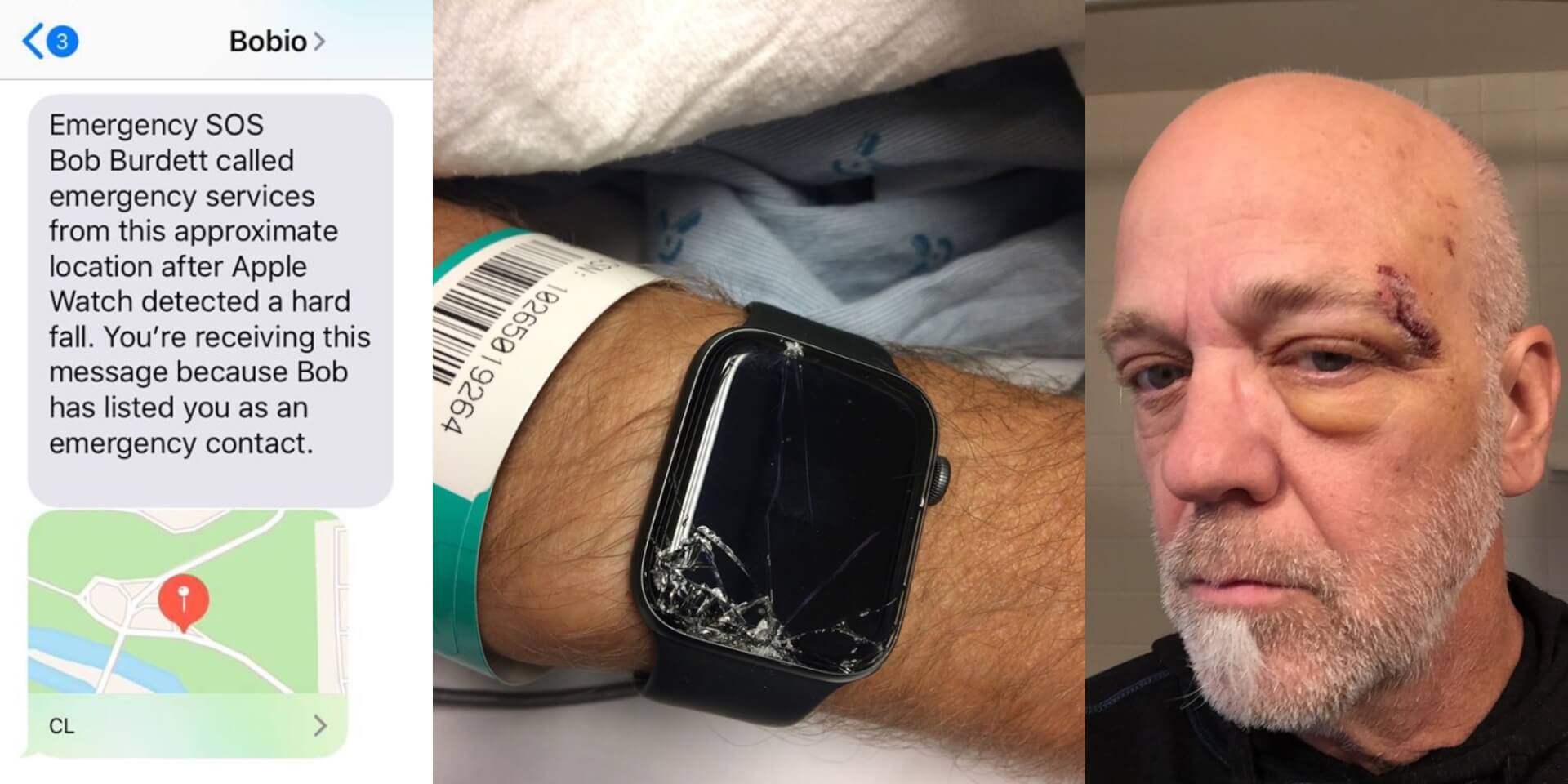 The fall detection feature on the Apple Watch Series 4 and Series 5 has received a lot of praise since it has been launched and we’ve seen a number of stories posted online from people who have found it useful in more or less dangerous situations.

The latest story comes from Gabe Burdett who planned a mountain bike trip with his father, Bob, in the Riverside State Park. However, Bob happened to fall off his bike before his son arrived there. Thankfully, he was wearing an Apple Watch and Burdett received a text that the device had “detected a Hard Fall”.

The notification was accompanied by a map to Bob’s location which, thankfully, was not too far away from the meeting spot they had both agreed on earlier.

Burdett’s father was quickly located and taken to the hospital even before he managed to get there.

“We drove straight there—but he was gone when we arrived. I get another update from the watch saying his location has changed with a map location of SHMC. Dad flipped his bike at the bottom of Doomsday, hit his head and was knocked out until sometime during the ambulance ride.” Burdett said in the Facebook post about the incident. “The watch had called 911 with his location and EMS had him scooped up and to the hospital in under a 1/2 hr. The fire dept. took his bike back to the station. My brother was already driving by the the hospital when the second update came in and was able to be with him right away.”

Burdett’s father has thankfully came out of the experience mostly unscathed and just “a little sore”.

The Apple Watch Series 4 and its subsequent reiterations include a built-in detection feature which is turned on by default if the user is over 65 but anyone can do it via the Watch app. The feature detects when a fall occurs and calls the emergency services if the user does not stop the alert within one minute of detection.

If they added an emergency contact to their list, that person will be notified via text message about the situation, alongside with details about what time the fall was recorded and a map to where it happened.