Archive 81 Season 2 - Should They Leave Melody Behind? 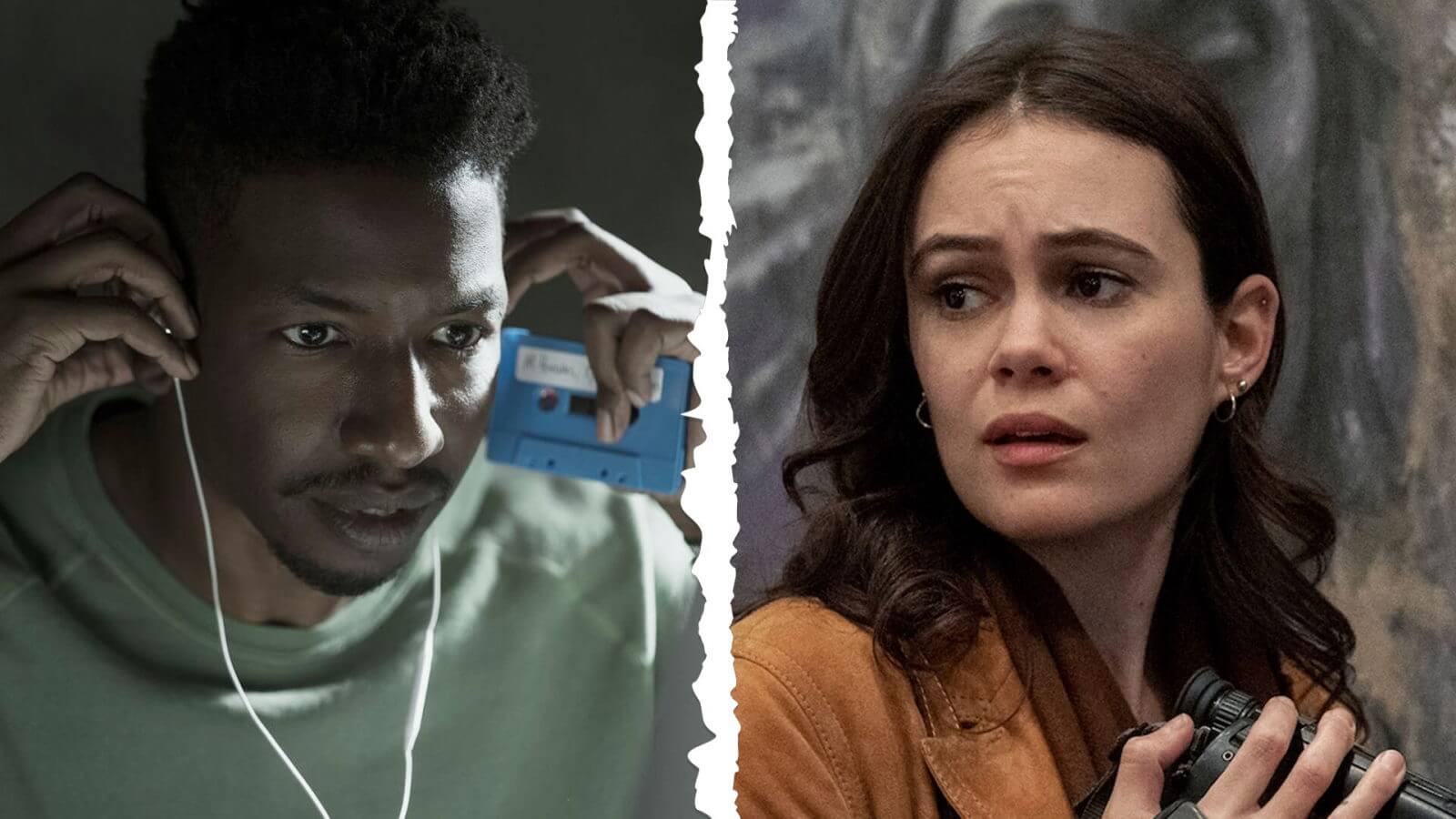 Archive 81 Season 2 & Review Should They Leave Melody Behind?

Want to escape into another world or get some serious insomnia? Stream Archive 81, the latest viral Netflix series everyone is talking about! While Netflix didn’t really do too much promotion on this series, I found it thanks to my TiVo Stream 4K and fell in love with this mind-bending mystery. Here’s what you should know and what season 2 should be all about.

Let me tell you what’s it about, cause this is one series you don’t wanna miss, and let’s see what’s happening with season 2!

So, Archive 81 has few actors you’ll recognize, which for me almost meant a skip, since it felt like…I dunno, a B-grade series…but since my Tivo recommended it and this gadget rarely fails, I gave it a shot. And boy, what a ride.

While Netflix didn’t really do too much promotion on this series, apparently it did have an existing fanbase, since it’s based on a popular podcast called…you guessed it, Archive 81.

This is a slow-paced mystery series that invites plenty of paranoia – if I were to compare it with something, it would be Candyman, because it shares a couple of themes.

The series opens with Dan Turner, a guy who works at the Museum of the Moving Image to digitize old tapes, like VHS, audio and the likes.

He’s approached by a mysterious CEO and offered a seriously tempting but suspicious gig – get 100,000 to digitize some old tapes about a fire that burnt down a building in the 90s.

The catch? He has to live alone in a facility in the woods and talk to no one about what he’s doing.

Curious, he accepts, and that’s when everything goes weird.

Dan discovers that the tapes that survived the fire were made by Melody, a young anthropologist who went to that building block pretending to do a documentary, but actually looking for someone else who disappeared in the building.

So basically, you have Dan in the present day, sitting alone in a building in the woods listening to tapes made by Melody.

Then, you have Melody’s story back in the 90s, as she’s investigating the people living in that apartment block, each weirder than the next.

The show goes back and forth between Dan and Melody, each of them handling a mystery, and at one point reunites those stories in a mind-bending, reality-altering single tale.

According to a friend of mine, who’s all up in podcasts and has an attention span that could rival like a Zen monk, this is pretty close to what happens in the actual podcast. Me, since I’m basically glued to my TiVo Stream 4K, I don’t have the time to listen to stuff, so yeah, I can’t really delve into that podcast.

But anyway, I really wanna go IN Archive 81 and talk about it unfiltered, you know? So be warned, there might be spoilers ahead! If you haven’t watched this series, now’s the time to go watch it, cuz I might ruin some surprises. Hopefully you’ll hit that like button before you go, cuz you know, it really does help a lot!

With that being said, I think this series has plenty of potential to become an anthology, kinda like American Horror Story. And…I’m saying that because I think Melody kinda sucks. The past story from 94 is kept interesting by Melody’s neighbors and the mystery itself, but the actress is kind of a weak spot. For me, she just didn’t have enough range to carry so much of the show. Half the time she’s acting like a flirty teenager, almost playing with her hair and batting her eyes at people, even when her lines don’t have her being flirty…and the other half she’s kinda yelling but …like using an indoor voice.

I dunno, I found her grating and too much of an annoying damsel.

Since the show ends with such a cliffhanger,  we haven’t seen the last of her, but I would like a second season that’s focused just on Dan. Would…could…should. Unfortunately, that’s not the case, cause the writers revealed plenty of details in interviews!

The ending of season 1 left a lot of things up in the air, so I think it’s important to review it and add some context from the showrunners. I read all the interviews available to piece together what happened and where the story might go next, and here’s what I got.

First off, obviously the showrunners want a new season and thought about the story like a long running series, but Netflix hasn’t renewed it yet. Still tho, it’s safe to assume that they will. Like I said before, this is one.viral.series – everyone in my list is talking about it!
Secondly, the secondary characters are super vital to that second season. Rebecca Sonnenshine, the writer and showrunner, said that all the characters introduced have very rich and interesting lives to explore further – and I think Melody’s mom and Davenport definitely fit the bill.

As you saw in the last episode, Davenport reveals that there’s two factions of people around Kaelego – those looking to release the demon and those wanting to keep him contained at any cost.

So, the first season of Archive 81 ended with Bobbi casting a spell to get Melody back in our dimension. She succeeds, but Dan is sent back in time back to the 90s, so once again we have parallel stories.

Bobbi, who was unexpectedly revealed to be Melody’s mom, said that the tapes being restored are the key to unraveling that Kaelego spell – but what will happen next? What does Davenport really want and why did he hire Dan? Does he know who Bobbi really is?

The writer revealed that no, Davenport doesn’t know that his groundskeeper Bobbi is actually Melody’s mom, so he’s in for a ride. She says that, if the show gets renewed, it will focus a lot on Bobbi’s background and, of course, her relationship with Melody. After all, they do meet for the first time at the end of the season, so there’s plenty of info they need to exchange.

And, since Melody just came out of Otherworld, but without Samuel who had just grabbed her, the writers will have to clarify a lot about that place.

The last episode was confusing a bit, but Rebecca Sonnenshine said that the Otherworld is actually a parallel dimension, not just a hallucination from Dan and Melody’s psyches.

How they see the world is indeed their mental landscape, but the place is really run by the demon.

What about Dan? Well…your guess is as good as mine. I didn’t understand how Dan could possibly suddenly time travel, and the writers don’t wanna say anything concrete.

Miss Sonnenshine said that it’s definitely not a time machine but something different. Still, she says the writers don’t know yet what time travel in their universe works like and they’re still playing around. She said, and I quote, “Is it a flat circle? Is it an expanding universe? Is it a block universe? We don’t know.”

That’s not very helpful, is it now? Still, can’t fault her for adding to the mystery! That’s the way to keep interest and convince Netflix to give them another shot. Hopefully, that’s gonna happen real fast, like Showtime did to Yellowjackets, so the series keeps some momentum going.

What do you think, would you want them to really fast track this one? Since you reached my video all the way here, I assume you already saw it, so tell me your thoughts. What’s your theory about what happened and what do you think season 2 will have in store?

Archive 81 Season 2 & Review Should They Leave Melody Behind?