The Best Netflix Shows You Probably Didn't Know About 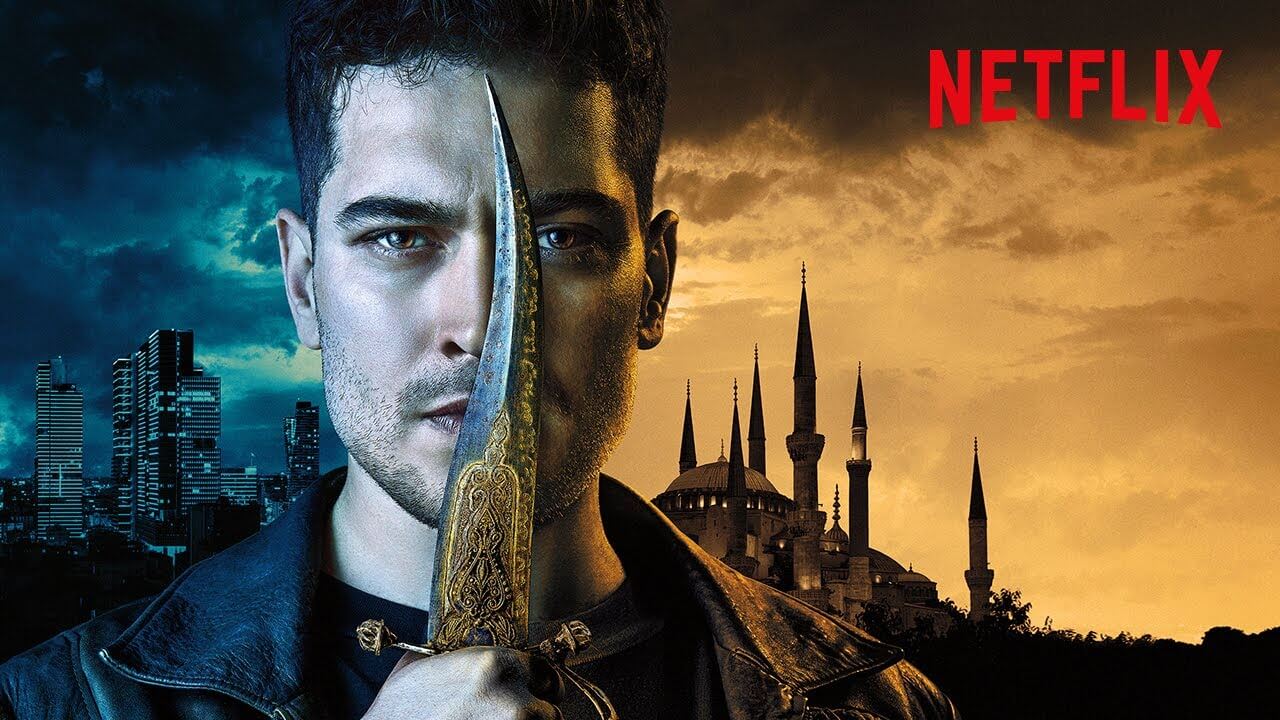 Looking for the best Netflix shows that might have flown under your radar?

We went through all the best Netflix has to offer to find the underrated and hidden gems you should definitely add to your watchlist.

The Kominsky Method is a rare gem, bringing together old-school actors to do a tour-de-force of fresh comedy and incisive drama.

Featuring Michael Douglas and Alan Arking as a drama teacher and a talent rep, both apparently past their prime, The Kominsky Method is a story that turns all preconceptions about aging on their head.

Michael Douglas is surprisingly effective as the drama teacher who can’t keep up with his students or his love life but the true surprise is Alan Arking, who, as a recent widower,  wrings both laughter and tears from the audience…and himself! With Sarah Baker as Mindi Kominsky, Douglas’ daughter, this show has everything it needs to be your next binge.

The same goes for Santa Clarita Diet but be warned! You might fall in love with Drew Barrymore and Timothy Olyphant as the Sheila and Joel couple, and we don’t think they swing that way.

Actually, these actors swing every which way in the storm of life, after their characters have to cope with the reality of zombies.

After Sheila eats some bad clams, she wakes up to find she’s become undead and craving human flesh. This is definitely a problem for this suburban, respectable realtators couple but they face it head on, always together, with their daughter Abby helping from the bleachers.

And The Good Place takes philosophy, usually a dreary highschool topic or heated online conversation, and turns it into one of the most funny and in-depth comedies we’ve ever seen.

What happens if a bad person dies and accidentally gets into heaven? The Good Place starts with that question, when Eleanor dies suddenly and, thanks to a bureaucratic error, is sent to Heaven instead of a good person with the same name.

Kristen Bell of Veronica Mars fame plays the role with panache and her sidekick, Chidi, played by William Jackson Harper, is a delight. Here you have a person who did nothing right and everything out of spite, being helped to remain in heaven by a philosopher who did nothing in his day to day life, so paralized by his fear of mistakes.

And that’s just the beginning! The Good Place goes to the most unexpected morally gray areas and the colorful cast keeps everything fresh and hilarious.

The Best Netflix TV Shows: Dead to Me

With almost the same premise but with a less philosophical angle is Dead to Me.

This is another comedy that flew under many’s radars but which deals with death and moral questions in a hilarious way.

Christina Applegate takes all that loveable energy she had in the Bundy Family and turns it into pure rage but just as hilarious, if albeit darker.

She plays Jen Harding, a recent widow, who bonds with Judi (Linda Cardellini) in their grief support group. The twist? Judi is actually responsible for Jen’s partner dying, and that keeps everything twisting and turning.

Dead to Me is a show you’ll want to binge in a single day but take your time enjoying it because this third season that launches in 2022 will be its last.

For something that can keep you busy for a week or even two, give Ozark a chance. Many missed this show because, on the surface, it looked like a generic thriller but boy, is it a ride!

Ozark is carried by Jason Sudeikis as the head of a money-laundering cartel who, well, gets into a situation well above his head.

Lots of action, surprising twists and turns and an ensemble cast that could rival the Sopranos, Ozark is definitely the most binge-worthy show currently on Netflix. The best part? The final season is released this year!

If Ozark is among the most popular Netflix series, The Sinner slipped under many people’s radars. It had some hype when it first released, but, five years on, not many have seen this anthology. Each season has a different mystery at its core, and tying everything together is detective Harry Ambrose as Bill Pullman.

The first season of the Sinner is the best for us. It’s an eight-part miniseries that showed everyone Jessica Biel is one of the best actresses of her generation. Her role as Cora Tannetti, a woman with a troubled past who one day snaps and stabs someone, without knowing why, is a haunting performance.

Speaking of “haunting”, check out Archive 81, a show so twisted, it almost feels like a new season of Dark.

Archive 81 is the best Netflix show released in 2022, thanks to its perfect mix of nostalgia and unsettling mystery.

It’s the story of Dan, an archivist who’s contracted by a mysterious company to digitize some tapes found in a building fire. Watching those tapes, he starts to connect with the woman who made them, Melody. An anthropologist who went to a building claiming to do a documentary about the residents but secretly looking for a missing person, her story grips Dan and takes him through a head-spinning journey through space, time and religion.

But if you want head-spinning trips, nothing beats Russian Doll. This is hands-down the most bold and unique Netflix show ever released. Because it’s so crazy and twisty, it struggled to find an audience, so you might think of it as a cult classic already.

In Russian Doll, Natasha Lyonne shows she’s a force to be reckoned with both as an actor and as writer and director.

She plays Nadia Vulvov, a game developer and party girl who dies, then wakes up to relieve the same night over and over again. Just like in a video game where you spawn at a checkpoint, so does Nadia live the same day of her life, each time finding clues to what happened to her and how she can stop it.

This is a comedy with dramatic moments that will keep you guessing until the very end.

This next series too has plenty of surprises in store.

GLOW (The Gorgeous Ladies of Wrestling) is a fictionalized history of the eponymous group of female wrestlers from the 80s.

Ruth Wilder is a struggling actress who gets a chance to land on TV, only if she joins a wrestling group and pretends to be Zoya the Destroyer, a Russian villain.

However, she has to play the role opposite her former friend, Debbie, who had a falling out with her because Ruth, well, slept with her husband.

Zoya the Destroyer has to meet Liberty Belle, the US beauty ideal, in a rink, day after day and night after night, all the while a sleazy manager (played superbly by Mark Maron) tries to make money out of the unusual setup.

Alison Brie and Betty Gilpin turn in amazing performances as the main characters but the true joy of GLOW lies in its full cast. Each and every girl in GLOW has an amazing story and a blinding glitz.

However, if you want more action and some romance to boot, try Bodyguard.

Remember  Robb Stark, the first king in the North who meets a gruesome end in Game of Thrones?

https://www.youtube.com/watch?v=tLfLU6-9lxY
Richard Madden, the actor, is here in Bodyguard in an even more seductive role. With a story that puts the Whitney Houston & Kevin Costner movie to shame, Netflix’s Bodyguard will keep you glued to your TV. It’s equal parts violent action and steamy action, and sometimes those are exactly the perfect binge ingredients.

That’s the same mix The Protector offers. This Turkish TV show has production values to rival Hollywood and enough eye candy that you simply can’t look away.

The Protector is Hakan, a former bad boy and troublemaker who gets supernatural powers and is told he’s the chosen one to save Turkey from evil Immortals. Him and his sidekick will go through a lot to come out on top in this urban fantasy series.

And in this next series, it’s hard to see anyone coming up on top. Kingdom is the most unique zombie show out there and, to make things even better, also has a 90 minute movie on Netflix as well.

Kingdom is the original South Korean drama and it could be called a Korean Game of Thrones.

It follows the drama in the 16-century kingdom called Josen (modern-day Korea), as the Crown Prince has to deal with his mysteriously ill father and his seriously evil advisers.

Spoiler alert: that mysterious ailment is the zombie infection and all hell is about to break loose.

Kingdom takes zombies as far back in time as we’ve ever seen them and the action sequences are absolutely fascinating. Imagine what would have happened in the Walking Dead if no one owned guns!

Trust us, Kingdom is the best zombie TV show so far!

What about you, what do you  think is the best Netflix show people don’t know about?