As Angry Protestors Stormed 'iPhone City', Foxconn Offered to Pay Them $1,400 To Quit and Leave 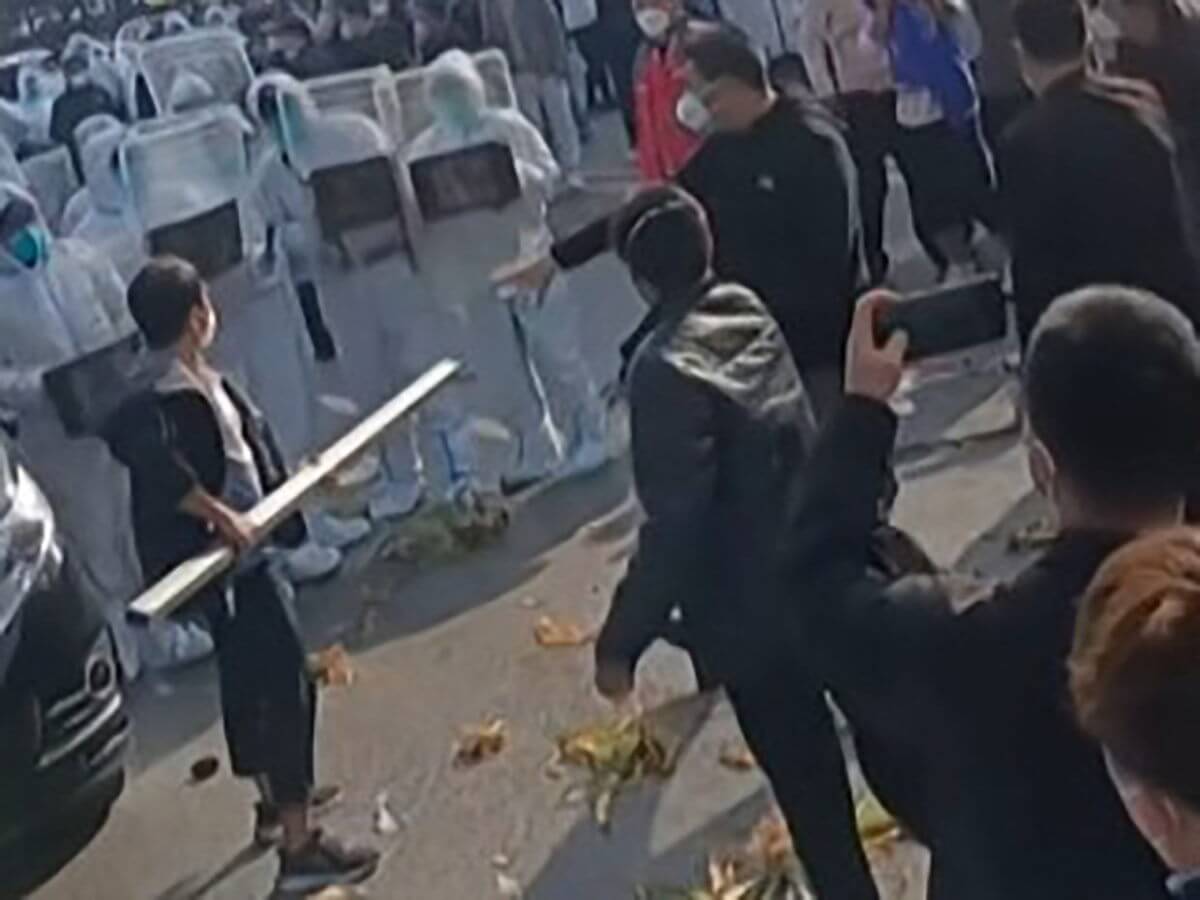 As Angry Protestors Stormed ‘iPhone City’, Foxconn Offered to Pay Them $1,400 To Quit and Leave

On Tuesday, ‘iPhone City’ was rocked by major protests, which saw riot police overwhelmed and forced Foxconn to actually pay the angry protesters to disperse.

The chaos started after workers at the Zhengzhou Foxconn facility stormed the facility over both withheld bonuses and the working conditions during the latest covid lockdown, where they were held without food.

“The Apple supplier made the offer Wednesday following dramatic scenes of violent protests on its campus in Zhengzhou, the capital of Henan province, in a text message sent from its human resources department to workers.

In the message, seen by CNN, the company urged workers to “please return to your dormitories” on the campus. It also promised to pay them 8.000 yuan if they agreed to quit Foxconn, and another 2,000 yuan after they board buses to leave the sprawling site altogether,” explained CNN.

The Verge had a great summary of the issues that enraged Foxconn workers after the last lockdown in the facility, which happened in order to comply with China’s “zero-covid policy”.

After being locked in their dormitories without food, as one protestor accused, many Foxconn workers quit working for the company, which forced them to start recruiting en-masse.

“When workers started to flee, Foxconn launched a recruitment drive that saw over 100,000 people signing up to fill the vacancies. According to a document outlining salary packages seen by CNN, the new hires were promised a 3,000 yuan (around $420) subsidy if they completed 30 days on the job, with a second 3,000 yuan bonus to be paid after 60 days.

Protest erupted on Tuesday when the workers were informed that these bonus payments would be delayed until next year, with the first subsidy payment to be issued on March 15th, and the second in May.”

After the October lockdown, Apple said it expected lower iPhone 14 shipments due to the disruption to their main manufacturing facility.

Yesterday, they said in a statement to CNN that they’re working closely with CNN to address worker demands.

Since early October, COVID cases have spiked in Zhenghzou. Today, authorities announced they’ll enforce the “zero-covid” policy by starting a new, five-day lockdown in areas of the city.

Image by AFP, via The Star

Also read: To Minimize Reliance on China, Apple Will Make iPhone 13 In India (But Still At Foxconn)

As Angry Protestors Stormed ‘iPhone City’, Foxconn Offered to Pay Them $1,400 To Quit and Leave