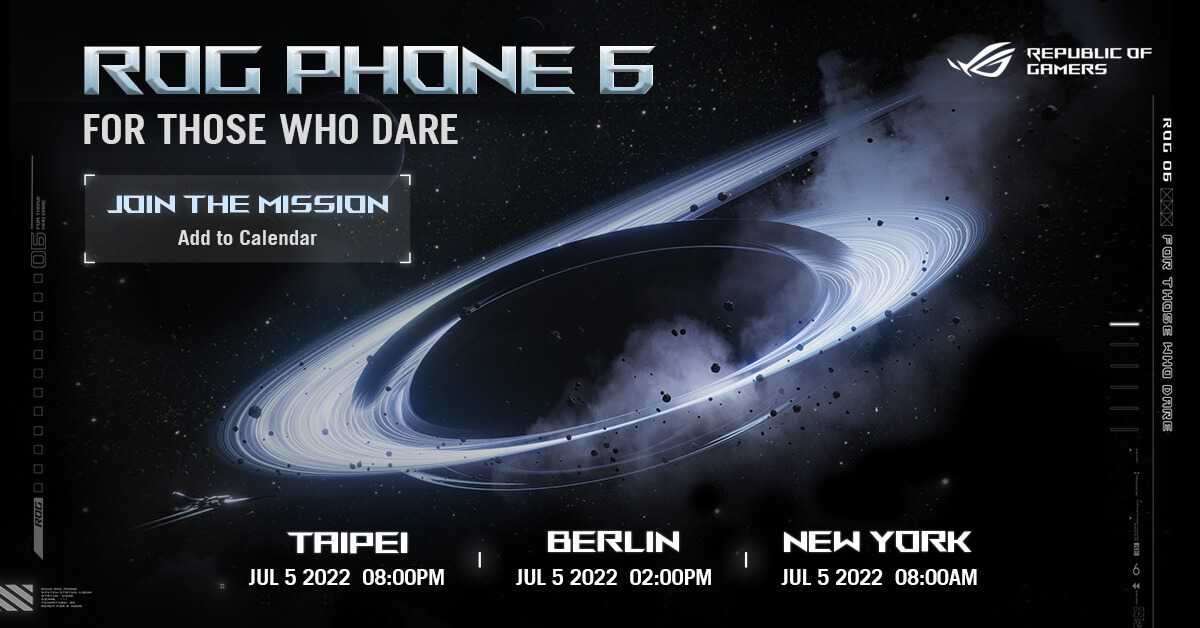 The next gaming phone from Asus, the ROG Phone 6, has less and less secrets with each day that passes. The company itself has been slowly feeding us key specs but even so, as expected, new information has leaked on what the phone will offer once it debuts next month.

The Asus ROG Phone 6 will have a 6.78 inch AMOLED FHD+ 16Hz display manufactured by Samsung.

Under the hood, we will find Qualcomm’s latest chipset, the Snapdragon 8+ Gen1, which means that the ROG Phone 6 will be the first device to have it. There have been rumors circulating that the Xiaomi 12 Ulta will have this honor but that doesn’t seem likely at this point in time.

Like its successor, the ROG Phone 5s Pro, the Phone 6 will have up to 18GB of RAM but 8GB and 12GB options will also be available, with 128GB of internal storage, 256 or 512 options.
It seems that a mammoth 6,000mAh battery will also make an appearance with, of course, 65W fast charging support.

In the camera sector, we’ll find a 64MP main snapper and a 12MP selfie unit. An even more interesting rumor says that the ROG Phone 6 will have an additional display on the back, but this needs to be taken with a grain of salt.

While most of these specs are just rumors and leaks, Asus has confirmed that the device will be splash-resistant and is currently advertising it as the “world’s 1st IPX4 gaming phone.”

Tune in on July 5 to know more ▶️ https://t.co/G3oahMoh4Y#ROGPhone6 pic.twitter.com/LOsmA4Z22C

The phone is slated for a July 5th launch date, so we will know everything there is to know pretty soon.

Looking For An Indestructible Phone? Here Are Some of The Best Waterproof and Shockproof Devices Out There