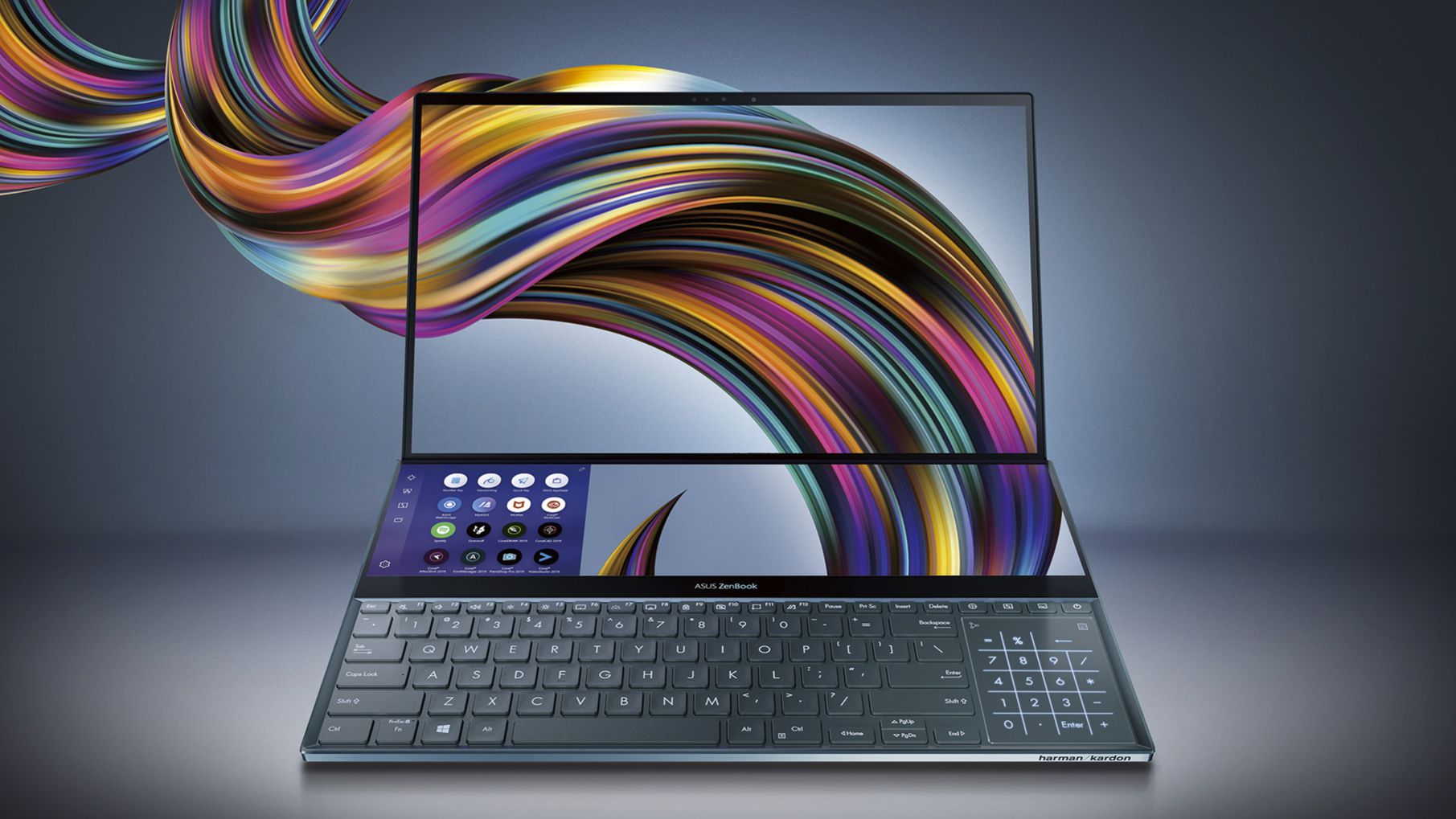 Asus just announced its upcoming flagship laptop, the ZenBook Pro Duo, which arrives with a very interesting feature: it has a 15 inch 4K OLED display as well as a 32:9 IPS touch screen that rests above the keyboard, which the company dubbed the “ScreenPad Plus”.

Don’t worry, the ScreenPad Plus doesn’t take anything away from the laptop: it still features a full size keyboard and a generous trackpad that rests on the right side which, by the looks of it, can also transform into a NumPad.

The ScreenPad itself is built much in the manner of a secondary control panel so you can use it to tuck in other websites on it or, if you want to, you can watch a video while you do some mind-numbing work on your main screen – anything you can think of doing with a bigger screen, you can probably do it on the ScreenPad.

The ScreenPad has a matte finish, so it’s less brighter than the primary screen, especially when you look at it from an angle, but that shouldn’t hinder your work on it in the slightest.

As far as the laptop itself goes, it has an eight-core Intel Core i9 processor with Nvidia’s RTX 2060 GPU as well as a Thunderbolt 3 port, two USB-A ports, a headphone jack and an HDMI port.

It weighs about 2.5Kg though, which places it on the bulkier side and, for the time being, we don’t have any information on the battery.

Asus still has to announce pricing and availability for the laptop but we’ll most likely see it up for sale in the third quarter of the year.