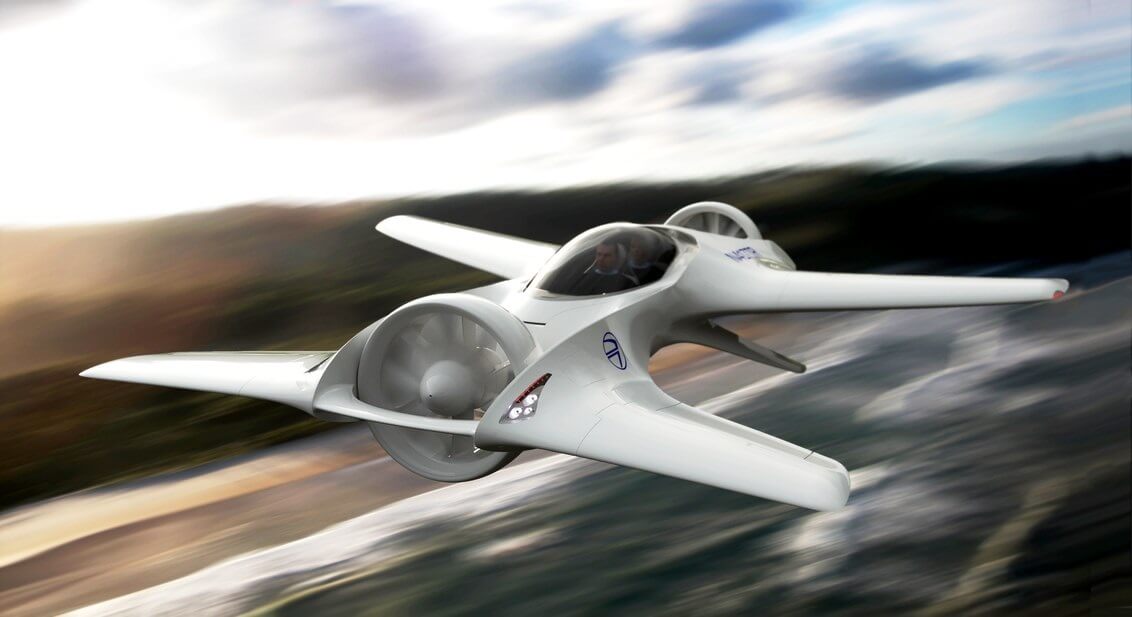 Uber, Airbus, Lilium and now… DeLorean. Companies are hurrying to launch an electric car capable of lifting off, not just speeding up on the highway. The carmaker famous for the presence of one of its vehicles in the Back to the Future trilogy hopes to be the first to pull off a flying car #automagic

Paul DeLorean, CEO and chief designer of DeLorean Aerospace, confessed that the company was working on a flying car prototype. Their VTOL (vertical takeoff and landing vehicle) was imagined as a two-seat car, designed to function on electricity only, for a range of about 120 miles (193 kilometers).

The DR-7 prototype has two sets of wings, one at the front and the other at the back of the vehicle. Plus, there’s a third pair of winglets situated under the hind wings. To takeoff and move forward, DeLorean’s car relies on a couple of fans. These run on electricity and go along the center of the vehicle. They come into action immediately after takeoff to get the DR-7 on its path to the final destination.

All in all, the company that envisioned the time machine for Back to The Future is hoping to have a 20 feet (6 meters) long vehicle in the air. The wingspan should come at 18.5 feet (5.6 meters), when they’re not folded to enter the garage. Eventually, DeLorean hopes to turn the VTOL in an autonomous flying car.

Of course, mass-production can only happen once the right traffic regulations and infrastructure are in plane. Since this is just one of the many electric vehicles projected for the near future (flying or not), the need for massive sources of electricity is inescapable. We’ll have to see how and when authorities can meet this need.