This Could Be The Bezel-Less Huawei Mate 10 - TechTheLead 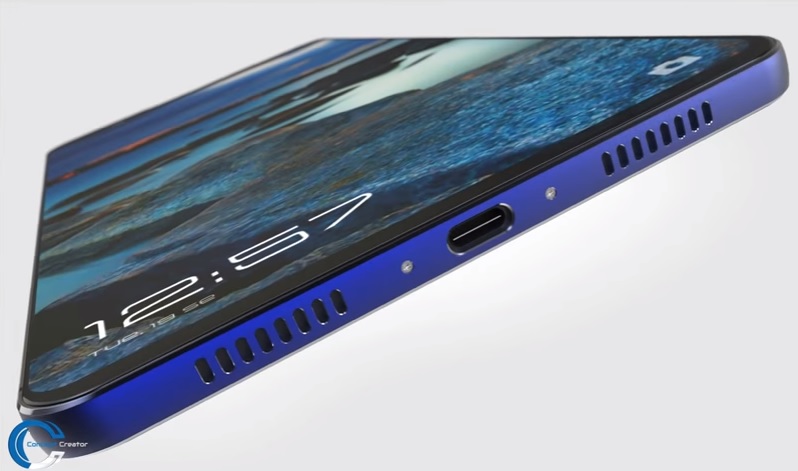 Samsung had its shot at an almost bezel-less smartphone, now it’s Apple and Huawei’s turn to do the same. iPhone 8 will debut this September, while Mate 10 (the latest flagship from Huawei) will come later in the fall. Rumored specs have been all over the Internet in the past months and now renders have surfaced on YouTube #mobilemagic

This October, Huawei will announce their flagship of the year, Mate 10. It’s supposed to be a monster of a smartphone, starting from the size of the screen and ending with the battery capacity. But besides great hardware, we’ll be counting on one more bezel-less smartphone to hit the market. That feature will make it a direct contender to Samsung S8, iPhone 8 and Note 8.

According to latest rumors and renders, Mate 10 will don a 6.1″ screen with QHD resolution, a dual rear camera, iris scanner and 3D facial recognition tech. All of that and more would be powered by a Kirin 970 SoC with 6GB of RAM and 64GB of internal storage. Not to mention the battery, a whooping 4,000 mAh cell!

Like I said, Mate 10 will be a top-notch Android handset. With those features and hardware, it’s no wonder the company is rumored to set a $1,000 price or more for it. Steep, true, but it’s nothing Apple is not considering doing with iPhone 8. In the end, it’s a matter of pros and cons for users, with one of the major cons being the high price.