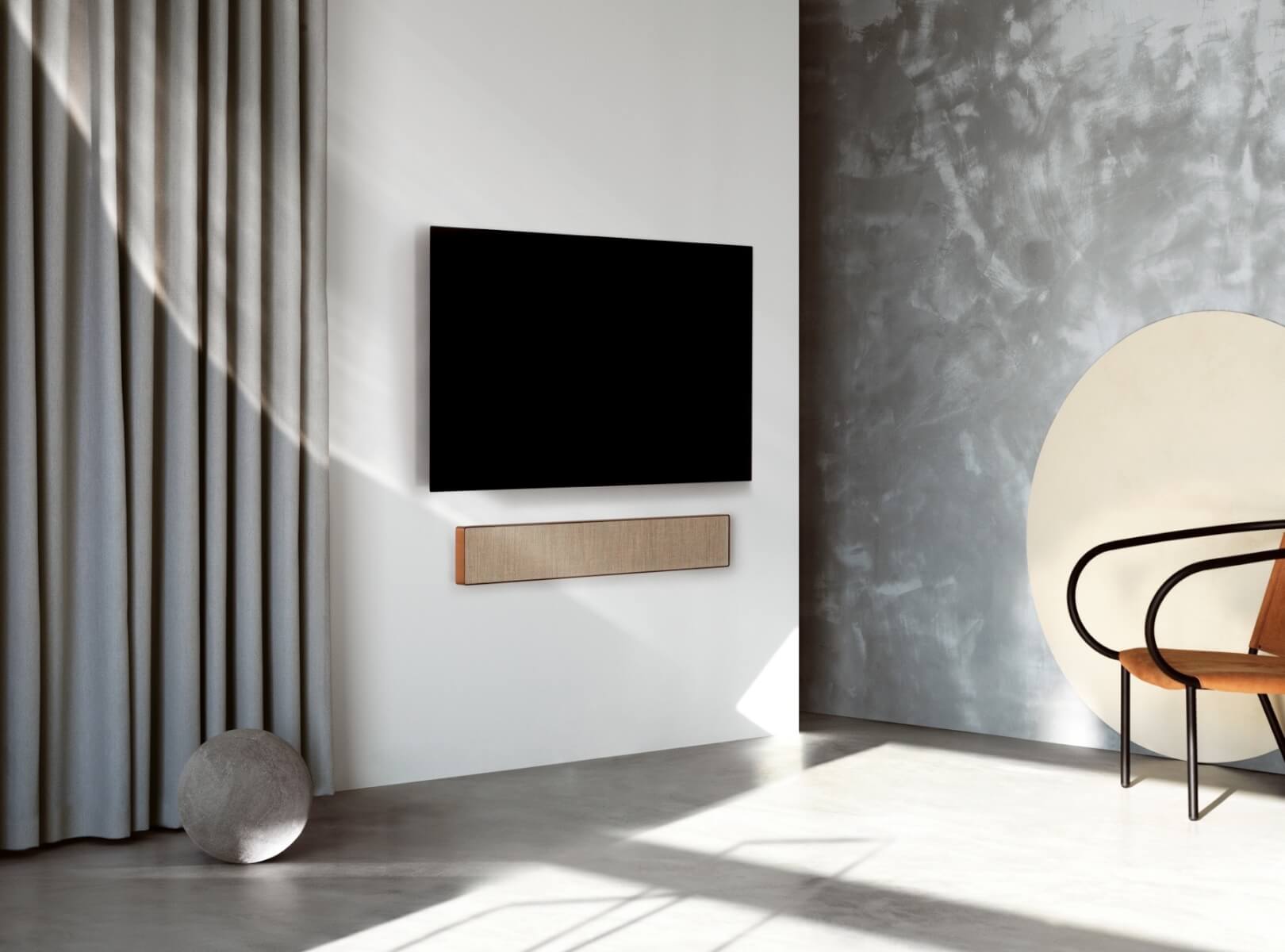 Bang & Olufsen is expect to make its soundbar available sometime this fall but the company decided to introduce the Beosound Stage, as it has been dubbed, before IFA Berlin, which is slated to kick off in just a few days.

The soundbar measures 43 x 6.7 x 3 inches and comes in either an aluminum or a smoked oak wood frame, featuring a grand total of 11 drivers. Alongside these drivers we’re going to find four woofers, four mid-range drivers as well as four tweeters. Each and every one of them is powered by its very own 50-watt amplifiers.

According to Bang & Olufsen, because the soundbar already features four woofers capable of delivering a ‘superbly deep’ sound, it does not need an additional subwoofer.

The Beosound Stage has Dolby Atmos support hence why it’s capable of offering 3D object-based audio and, thanks to the AirPlay 2, Bluetooth and on-board Chromecast, the users will also be able to stream both video and audio.

If you’re into multi-room audio setups, you will also be happy to know that you can use the soundbar in that manner thanks to the Bang & Olufsen BeoLink Multiroom platform.

The Beosound stage does not however, support lossless audio via Dolby TrueHD and neither does it feature a built-in digital assistant but other feature include a smartphone app that allows for EQ settings access and an HDMI ARC port.

Prices for the Beosound Stage will start at $1,750 for the aluminum and bronze variants while the smoked oak wood  option will set you back $2,600.