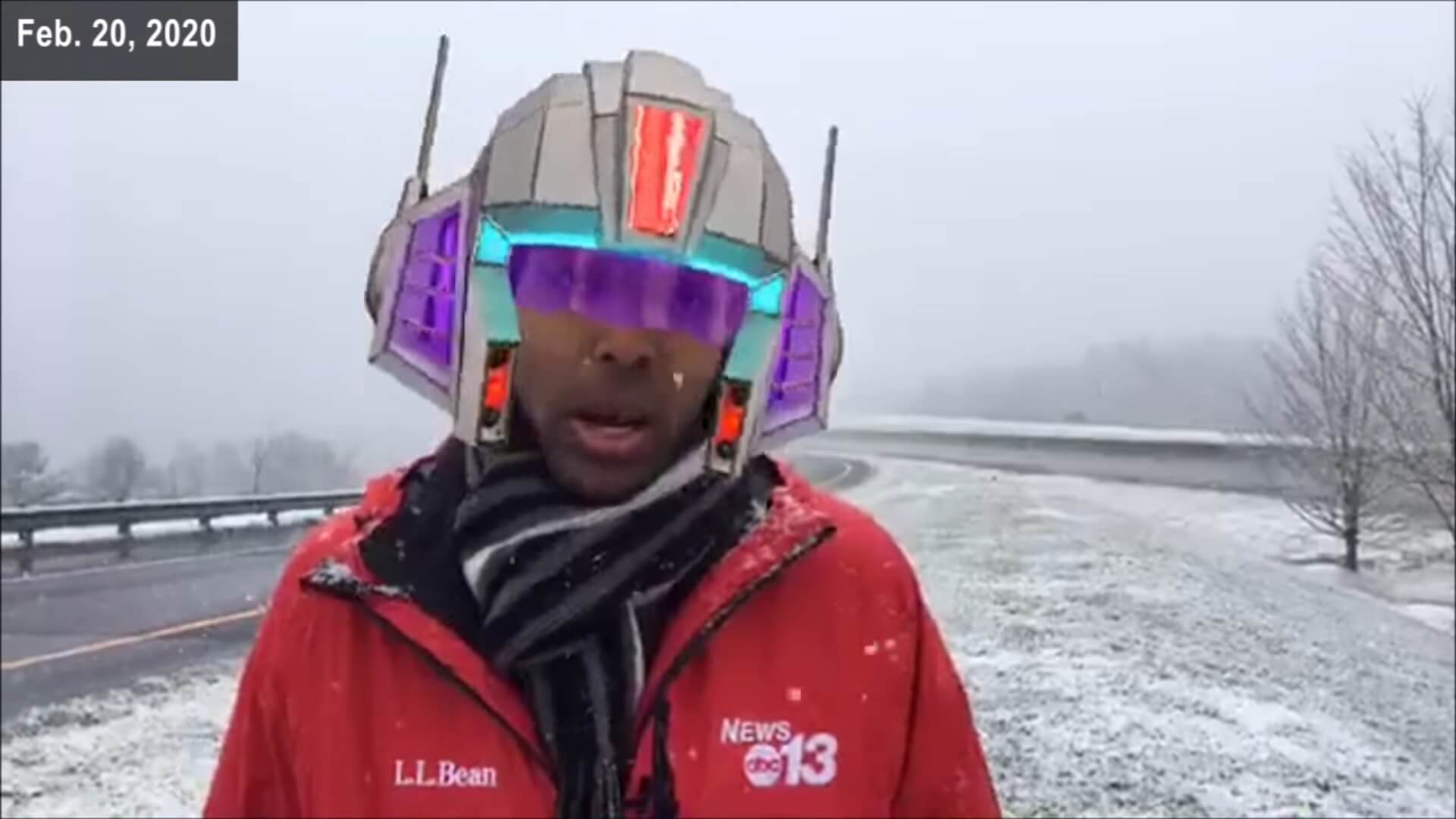 Last week, the entire world – well, the part that lives on Facebook and are following WLOS ABC 13 – watched the best live yet. Now, this might not surprise you coming from a daredevil stunt or a concert. The live was, however, a weather report which is the opposite of exciting. However, Facebook AR filters made the whole segment the funniest one I’ve seen in a while.

The “victim” was one Justin Hinton, a North Carolina TV reporter. The man was out in the wild to report on the unusual snowfall in Asheville, which requires drivers’ absolute attention. The live should have been straightforward and, if not alarming, at least useful and informative.

However, most viewers had a hard time keeping a straight face when Facebook’s quirky filters start messing up the one minute report. Justin found himself wearing a captain helmet, sporting giant eyes and, in another instance, pointy ears and fur.

The reporter continued blissfully unaware until the live was over, when he watched comments pouring in. Was he mortified by the whole affair? Probably. But hey, his live went viral only increasing the awareness of the channel and his skills.

This goes to show that Facebook lives come with their risks and you should check twice before livestreaming. Or it shows that a boring weather report can turn into quite the entertaining experience with the right digital tools. Should Justin turn this mishap in his signature move on camera? What do you think?