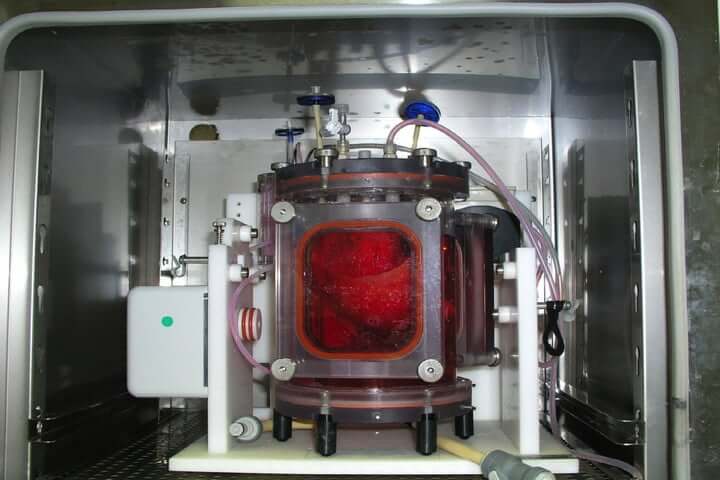 The average waiting time for a new lung can be for three to six months, at best,  years at worst, and even when a transplant does become available, it might not be a good fit for the patient’s body. If the necessary adjustments that come with a number of complications are made, the patients still depend on immunosuppressants that ensure their bodies will not reject the new lung.

All in all, a lung transplant operation is a complicated surgery that does not come with guaranteed success.

To manage these challenges, Joan Nichols, internist at the University of Texas Medical Branch, alongside her colleagues, have spent the last few years attempting to engineer lungs in laboratories, by using donated cells. During early trials, the lungs they engineered only managed to keep the lab animals alive for only a few hours, as the lungs were unable to replicate the complex blood vessels that enable the transfer of oxygen into the blood stream.

It all seemed futile, until now.

On August 1, Nichols and her team published a paper in the Science Translational Medicine where they documented the process of creating lungs from pigs that have been successfully transplanted into animals for extended periods of time.

Basically, the researchers removed one lung from a pig and after a couple of months, they all received a bioengineered lung which had been created from pig cells and extra protein scaffolding, which forced the cells to grow in the desired shape that would fit each animal body type.

Six bioengineered lungs were created in total, though only four of the animals received them, due to surgical issues. The lungs grew and developed in every animal’s body.

Because it was all a novel study, the team only focused on the early stages of the lung development following the transplants, so the pigs had to be euthanized in order for the researchers to see how the lungs had developed within the bodies. None of the lungs showed any signs of complications that would have normally appeared during growth.

The next step the bioengineers are planning to take is to try again and keep the pigs alive for more time, in order to test how the lungs hold up in time. If all goes well, in the near future, we could have a solution to the organ transplant crisis hospitals across the globe have been facing for years.