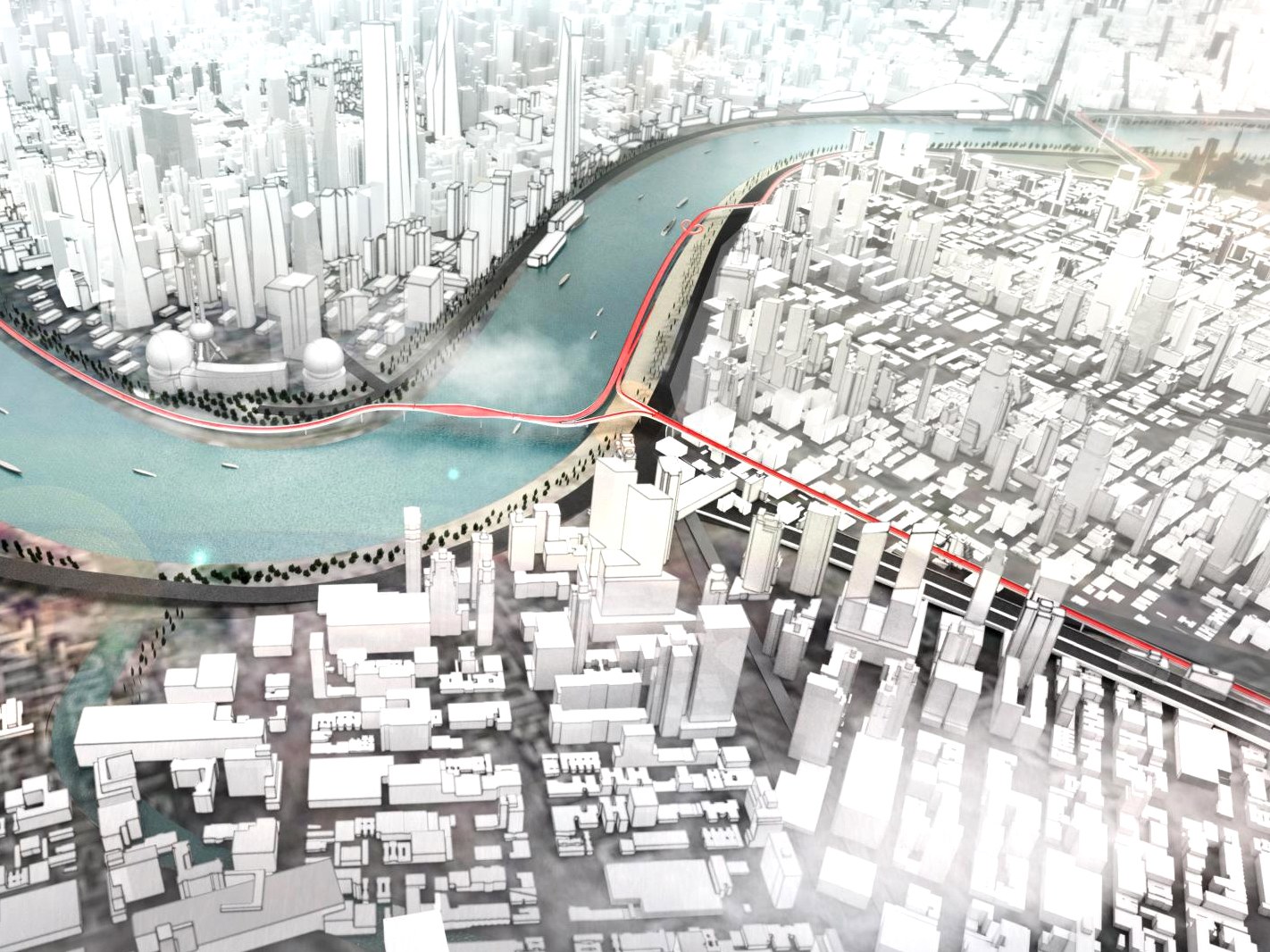 Remember the Vision Next 100 car concept presented by BMW? To say that it looked like all our dreams come true in a four-wheeled package is an understatement. To top it off, later on the company showed a Tron-inspired electric bike, underlining its interest in mobility, in general, and an electric future, in particular. Now, they’re proposing an elevated bike highway #automagic

E3 Way is the name of the elevated bike path concept BMW has talked about recently. The name stands for elevated, electric, and efficient and it’s the carmaker’s solution for congested, polluted cities. By providing a separate, elevated lane for electric bikes, BMW hopes to encourage more people to go electric with a cool two-wheeler.

The current project was designed in collaboration with the School of Automotive Studies and College of Design and Innovation at Tongji University in Shanghai. It features ramps and sluice systems to handle the merging of the highway with the elevated part. BMW has also imagined video surveillance and AI software put to good use here, monitoring the flow of traffic. That’s not all, though; the company has suggested the implementation of a cooling system to purify rainwater and create mild temperatures along the pathway.

Unlike in a traditional urban infrastructure for them, here, cyclists would be able to ride whenever, no matter the weather conditions. Thanks to a roof, they would have no trouble cycling during a rainstorm. The speed limit allowed on the futuristic bike lane would be 15.5 mph. Naturally, the project is targeted towards those who count on an electric bike, rather than on cyclists who prefer the classic bicycles.

Even though BMW’s highway concept for bikes is the most daring of its kind yet, it’s not the first example of an elevated cycling lane. The Cyckelsangen, a 721 feet long structure in Copenhaga, is a reality since 2014 and the world’s longest elevated path (about 5 mile long) has been opened this January in Xiamen, China. That’s a sign BMW’s vision is achievable but could easily be implemented by a competitor sooner.